Addis Ababa will apparently stop at nothing to snuff out the Tigray.
By Mihailo S. Zekic • October 19 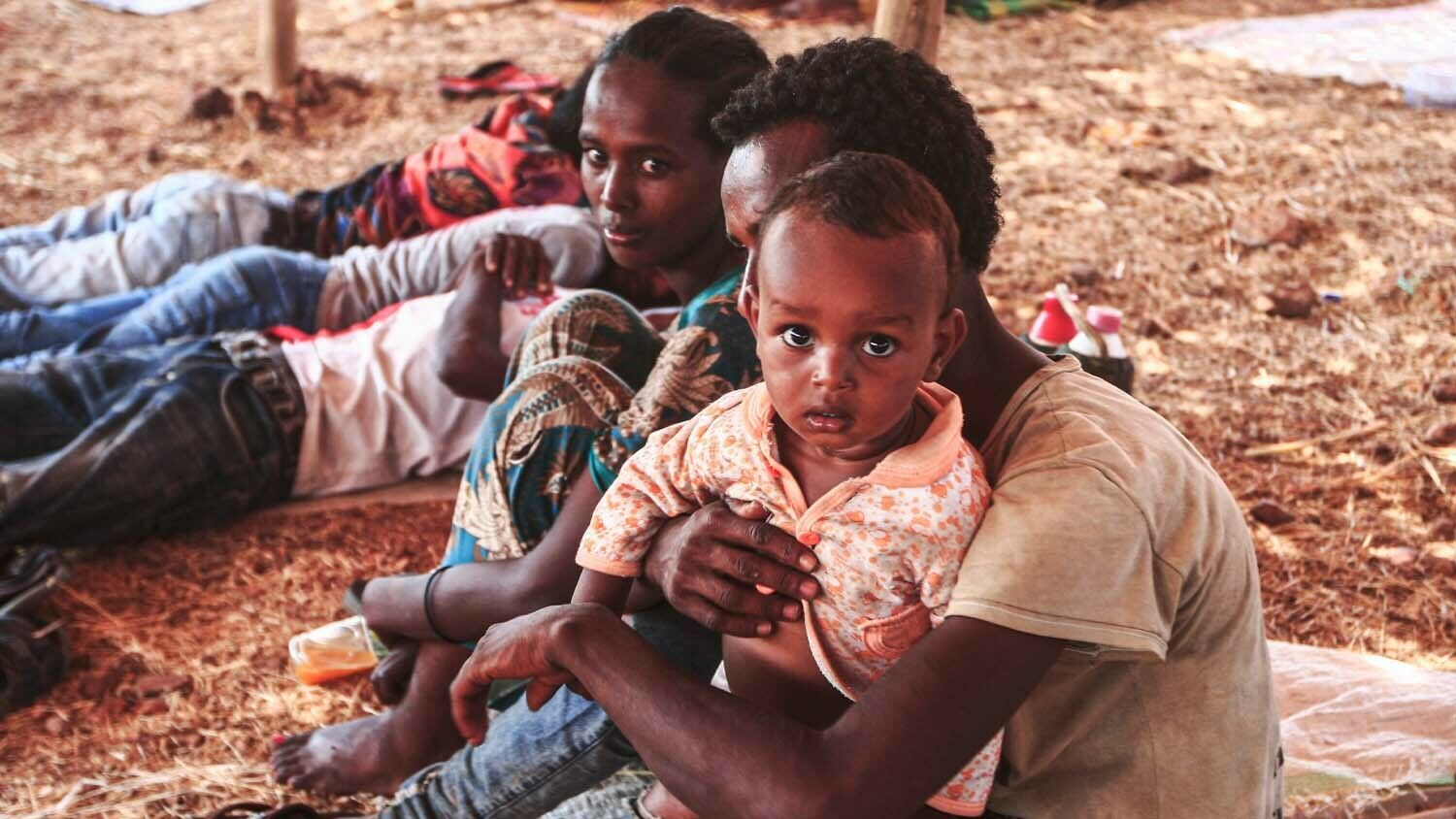 Ethiopian refugees who fled fighting in the Tigray province sit in a hut at the Um Raquba camp in Sudan’s eastern Gedaref state, on Nov. 16, 2020.
EBRAHIM HAMID/AFP/GETTY IMAGES

The United Nations Humanitarian Aid Chief Martin Griffiths accused Ethiopia of creating man-made famine in the Tigray region. In a September 28 interview with Reuters, Griffiths said the UN “predicted that there were 400,000 people in famine-like conditions” in Ethiopia, and “the supposition was that if no aid got to them adequately they would slip into famine.” The UN assessment was made in June.

Including the people suffering from famine, the UN estimates there are over 5 million Tigray people in need of emergency aid. An October 7 UN report states that “an estimated 1.4 million children under the age of 5 and pregnant and lactating women need preventative intervention and malnutrition treatment.”

The problems are a result of the Ethiopian government blockading trucks carrying aid to Tigray. Griffiths said no fuel trucks have been able to make it there since July. He estimates that only 10 percent of the required aid deliveries have been completed. “This is man-made,” Griffiths said. “This can be remedied by the act of government.”

No more whitewashing: Aid is still NOT reaching civilians in desperate need in Ethiopia’s Tigray.

Hunger and malnutrition reach them faster.

In 40 years a humanitarian, I’ve rarely seen an aid response so impeded. We are failing as an int’l community. https://t.co/JOxwLdJTx0

Why is the Ethiopian government trying to stop aid deliveries to Tigray?

Since last November, Ethiopia has been in a civil war between the government and the Tigray People’s Liberation Front (tplf). The tplf governed Ethiopia from the fall of Ethiopia’s Communist regime in the 1990s until 2018. This is despite the Tigray comprising only 5 percent to 7 percent of Ethiopia’s population. The tplf developed a sizable army of its own, independent of the government’s.

Abiy Ahmed, from the Oromo ethnicity, became prime minister in 2018. Since then, he’s been in a power struggle with the tplf. This culminated in the government’s invasion of Tigray.

What was supposed to be a quick operation has turned into an unending bloodbath. Accusations of ethnic cleansing are widespread. The Ethiopian government has been accused of war crimes, such as using white phosphorus, a substance banned for use against humans by the Geneva Convention.

And what started as an operation against the Tigray has grown to include ethnic infighting between the Oromo and the Amhara, Ethiopia’s largest ethnic groups. Ethiopia’s neighbors Eritrea and Sudan have also become involved in the conflict. Journalists working for media groups like the New York Times, the bbc and Reuters have been arrested or expelled.

Apparently, Abiy is even willing to resort to man-made famine—potentially affecting millions of people—to crush the Tigray opposition.

This brings startling parallels to one of the 20th century’s biggest crimes. In the 1920s and 1930s, Soviet dictator Joseph Stalin thought certain Ukrainians posed a threat to his regime. To snuff out Ukrainian opposition, he launched what was later called the Holodomor, a man-made famine that starved an estimated 7 million Ukrainians to death.

Is Abiy trying to organize a small-scale Holodomor in Tigray?

Watch Jerusalem readers will be familiar with our regular coverage of Ethiopian issues. We follow Ethiopia because of a prophecy in the book of Daniel: “And at the time of the end shall the king of the south push at him: and the king of the north shall come against him like a whirlwind, with chariots, and with horsemen, and with many ships; and he shall enter into the countries, and shall overflow and pass over. … He shall stretch forth his hand also upon the countries: and the land of Egypt shall not escape. But he shall have power over the treasures of gold and of silver, and over all the precious things of Egypt: and the Libyans and the Ethiopians shall be at his steps” (Daniel 11:40, 42-43).

Notice that the prophecy points to which countries will be allied with the king of the south: Egypt, Libya and Ethiopia.

Egypt and Libya are Arab states that are struggling to deal with radical Islam. It wouldn’t be too surprising for them to ally with Iran.

Here is what Watch Jerusalem editor in chief Gerald Flurry writes in his free booklet Libya and Ethiopia in Prophecy:

[While the Arab Spring was going on], in Ethiopia, nothing was happening. This predominantly Christian, strongly pro-Western country remained stable and content. Neither the Arab Spring nor radical Islam appeared to be taking root in this strategically important nation. Or so it seemed.

We last updated that booklet in 2016. Back then, Ethiopia was a stable, staunch ally of the United States. Ethiopia’s Christian background caused some to be skeptical about it becoming Islamic.

Fast forward to 2021. Ethiopia is now mired in ethnic civil war. The tplf, the traditional rulers of Ethiopia since the fall of communism, are fighting for survival. The former friendship between Washington and Addis Ababa is fraying. Meanwhile, Abiy Ahmed is looking for other allies, like Turkey’s Islamist president, Recep Tayyip Erdoğan.

This man-made famine—and the backlash from international institutions like the UN—is another crisis throwing Ethiopia into uncharted waters. And the more unstable Ethiopia gets, the more vulnerable it becomes—and the easier a target it becomes for opportunistic powers like Iran.

Iran already sponsors the al-Shabaab insurgency in neighboring Somalia. And its sponsorship of Shiite militias in Iraq shows how Iran can take advantage of civil wars to extend its tentacles into countries.

Keep watching Ethiopia. A profound change is soon coming to Ethiopian society that will affect the world. To learn more, please request a free copy of Libya and Ethiopia in Prophecy.