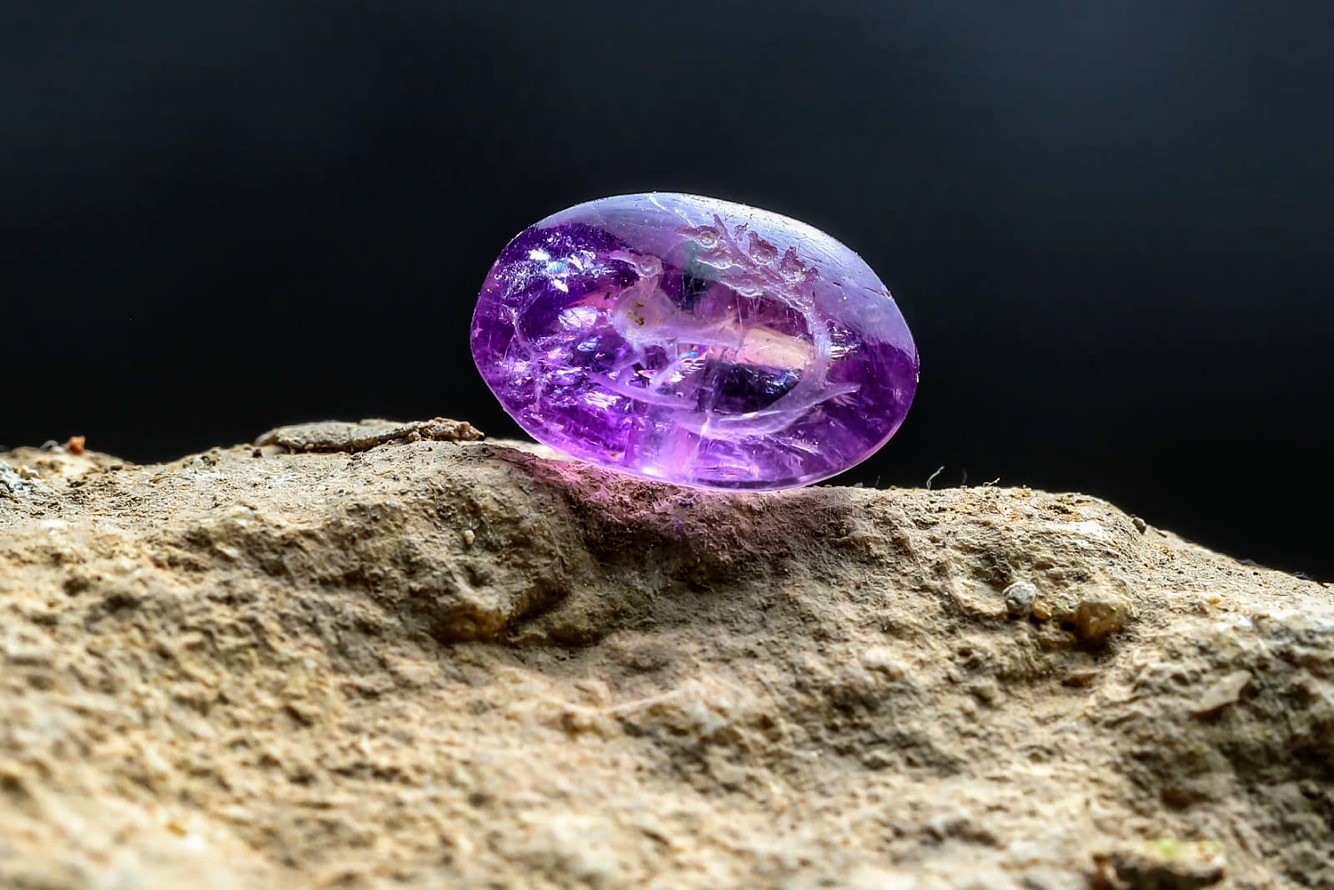 Archaeologists working near the foundation stones of the Western Wall today unveiled a new discovery: a brilliant purple amethyst stone seal, bearing an image of a bird and what they believe is the first depiction of a fruit tree known in the Bible as the “balm of Gilead.”

“Go up into Gilead, and take balm, O virgin daughter of Egypt; In vain dost thou use many medicines …” (Jeremiah 46:11).

Prof. Shua Amorai-Stark, one of the researchers involved in the discovery, noted that ancient depictions of olives, vines and dates are common in Israel—however, this depiction represents something entirely new: A unique type of branch laden with fruit, theorized to be that recorded in the Bible and historical sources variously as bosem, tzari, nataf, balsam or persimmon (unrelated to the modern persimmon fruit). “[O]n this stone seal, we immediately noticed that the fruit that appears on it is unlike any of the fruits we have encountered to date” in other depictions, he stated.

This “balm of Gilead” tree is known for its fragrance, and was used for incense throughout the biblical period and on up to the destruction of the second temple. It was also described as being used for perfume by the infamous seductress Queen Cleopatra (first century b.c.e.). Josephus recorded Mark Antony gifting Cleopatra balsam groves that had belonged to King Herod—“balsam, which is the most precious drug that is there, and grows there alone” (Antiquities of the Jews, 15.4.2). The product was also used historically as a medicine and is used as a reference to medicine in general in the biblical account (i.e. Jeremiah 8:22).

#ICYMI NEW DISCOVERY Listen to #archeologist Eli Shukron discover this beautiful gem and the secrets it holds of the biblical persimmon that used to be the famous incense for the Temple.

The striking 10mm x 5mm amethyst seal would have originally been worn as a ring. It was found following the sifting of material that had fallen into a second temple-period drainage tunnel near Jerusalem’s Western Wall. The archaeologists theorize it may have belonged to a wealthy owner of the trees. Amorai-Stark noted that “the production and trade that took place around the persimmon plant were tightly controlled at the time by Jews living in the Dead Sea basin, where the fruit was grown.”

Eli Shukron, the archaeologist who directed the excavations, stated: “This is an important find because it may be the first time a seal has been discovered in the entire world with an engraving of the precious and famous plant, which until now we could only read about in historical descriptions.”