Creation vs. Evolution—Through the Eyes of a Trilobite 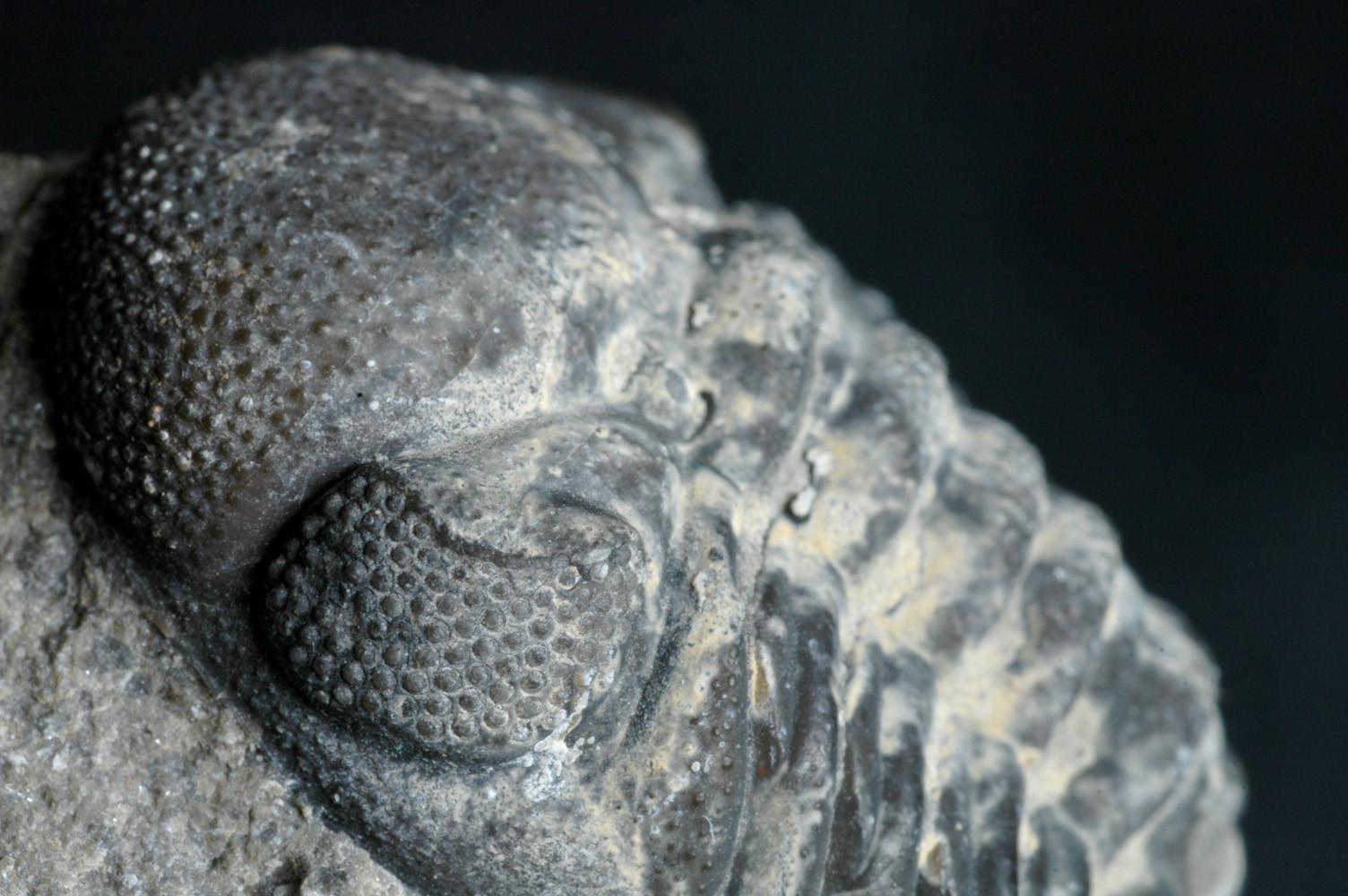 A close-up of the Phacops rana milleri trilobite, showing one of the compound eyes with its many lenses.
Jeff-o-matic

The theory of evolution holds that life has gradually evolved over hundreds of millions of years—notably, from the “Cambrian Explosion” around 541 million years ago.

Trilobites, the small armored sea creatures fused onto various prehistoric rocks, are regarded as one of Earth’s “earliest” known creatures—in particular, one of the earliest known groups of arthropods (invertebrates with an external skeleton). Phacopid trilobites are believed to have lived from around 500 million to 360 million years ago, dying out even before the “dinosaur age” began.

Yet according to recent research published September 30, this “primitive” creature had some of the most advanced eyes in the known animal world.

The research paper, titled “A 390 Million-Year-Old Hyper-Compound Eye in Devonian Phacopid Trilobites” (published in the Scientific Reports journal), examined X-ray images taken of the trilobites’ eye structure. The conclusions were stunning. As LiveScience reported, this creature had “a “hyper-eye” never seen before in the animal kingdom … compound eyes that were far larger and more complex than their modern-day arthropod relatives [such as in the insect and crustacean world]” (emphasis mine).

“[T]hese compound eyes are highly sophisticated systems,” wrote the paper’s authors, with each individual compound trilobite eye possessing up to “hundreds of small compound eye systems composing a single visual surface”—a “a hyper-compound eye, with several tens, in cases hundreds, of compound eyes in one eye-system.”

LiveScience summarized the findings this way:

[T]rilobites from the family Phacops had compound eyes that were far larger and more complex than their modern-day arthropod relatives. Each of their eyes (they had one on the left and one on the right) held hundreds of lenses. At nearly a millimeter across, these primary lenses were thousands of times larger than a typical arthropod’s. Nestled beneath them like bulbs in a car headlight sat six (or more) faceted substructures akin to a typical compound eye. “So each of the big Phacopid eyes is a hyper compound eye with up to 200 compound eyes each,” [wrote] study lead author Brigitte Schoenemann ….

It’s an interesting aside, brought out by the paper, that this discovery was first emerging in the 1970s, thanks to the work of German radiologist and amateur palaeontologist Wilhelm Stürmer. However, his proposition was laughed to scorn by experienced scientists in the field at the time, who did not believe that soft tissue (such as nerves) could fossilize. A disappointed and bitter Stürmer died a decade later, never to witness the significance of his research.

But his research, nonetheless, was aptly realized and summarized by today’s German researchers, led by Dr. Brigitte Schoenemann at the University of Cologne. “[T]his ~400 million-year-old system suggests capacities of complex neuronal interconnections and processing, such as sharing of functions, perhaps color perception, or neuronal superposition. These results may be an example of how studies of material, several hundreds of million years old, may reveal sophisticated visual systems, comparable in elegant complexity with those of today,” the report states.

It’s an incredible discovery. But is it a satisfying conclusion? How, in the world of evolution, did one of the earliest creatures appear with one of the most “complex” ocular systems—and die out so early on? (If anything, it could better be regarded as devolution.) As mentioned in passing by LiveScience: “[S]cientists still have questions about [the trilobites’] physiology and evolutionary history.”

“Questions” indeed. Yet these questions are only a small side point to the wider, confusing “Cambrian explosion” of life itself—widespread evidence of a sudden emergence of diverse lifeforms virtually all at once, dated by scientists to around 541 million years ago. It is food for endless scientific debate. How did all of this “happen” by accident?

Appropriately dramatic language is used for these remarkable trilobite eyes. Highly sophisticated. Elegant complexity. But those are not the words to describe accidental evolution. Those are words best fitting deliberate creation.

The Bible, of course, is typically dismissed by modern academia. But God Himself challenges the skeptic: “Come now, and let us reason together, Saith the Lord …. Produce your cause, saith the Lord; Bring forth your reasons …. [S]ee, and know, And consider, and understand together, That the hand of the Lord hath done this, And the Holy One of Israel hath created it” (Isaiah 1:18; 41:21, 20).

And from the very beginning of Creation? “God saw every thing that He had made, and, behold, it was” primitive, problematic, half-baked? No; rather, highly sophisticated—elegantly complex—and, “very good” (Genesis 1:31).

For more on this subject of evolution, take a look at the March-April 2002 issue of the Philadelphia Trumpet magazine, titled “The Fraud of Evolution.”