German Policymakers Wary of ‘The King of the South’ 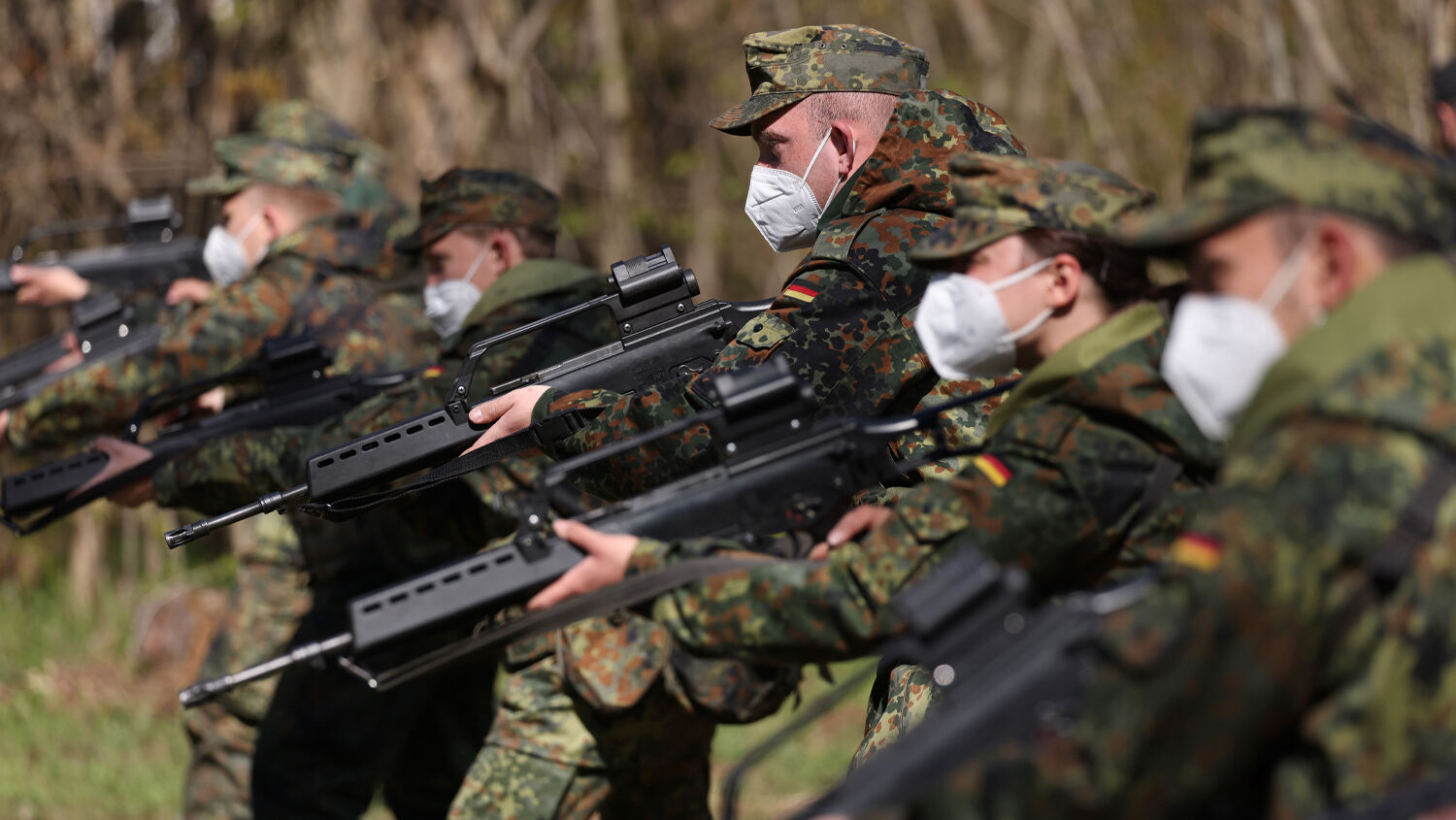 “Berlin will not be able to overwhelm Tehran in the near future unless it is working on a special strategy right now. … Germany is planning for the bigger war to come! Germany has expected to clash with Iran.”

That warning is from Watch Jerusalem editor in chief Gerald Flurry’s booklet The King of the South. It may seem unlikely that Germany is preparing to clash with the Islamic Republic of Iran. Iran wants to become the predominant power in the Middle East and has ambitions to export its Islamic revolution worldwide. But most of its energy is focused on countering the United States. And while Germany may have economic interests in the Middle East, it isn’t seen as having too big of an interest in countering Iran.

A November 19 memo on the English-language website of the German Council on Foreign Relations suggests otherwise.

“With all the crises engulfing Germany and Europe at present, Iran is not considered a major problem,” Dr. Cornelius Adebahr wrote. “That, however, is a mistake. … As it now stands, Berlin is not sufficiently focused on the breadth of the ‘Iran File,’ the set of wider issues emanating from the Islamic Republic. That will have to change with the next federal government.”

The King of the South, contains warnings that we have been publishing for decades. Some of this new memo’s contents sound as though they could have been pulled right out of it. Here are some comparisons.

The King of the South: Bible prophecy “lists several moderate Islamic nations that will ally themselves with Assur (Assyria), or modern-day Germany.” The memo: Germany must engage “with the people in all countries concerned …. For decades, it has been a hallmark of European policy to galvanize neighboring countries to invest in collective security.”

The King of the South: “Why isn’t America leading, or at least involved in, this prophesied war? A new superpower is rising in the European Union. The Bible labels this conglomerate the king of the north. It takes one king to topple another king. The time when Britain and America were superpowers, or kings, is history.” The memo: The “disastrous retreat from Afghanistan and the departure of its combat troops from Iraq by the end of 2021 also speak to the priority that the United States now accords to the Asia-Pacific. This suits Iran perfectly, as it aims to become the dominant regional power around the Persian Gulf. … As the era of a U.S.-dominated Persian Gulf comes to an end, the new order will be decided by both littoral countries and outside powers jostling for influence.”

The King of the South: “Radical Islam could stop the flow of essential oil to the U.S. and Europe! Iran could also potentially get control of Jerusalem, its third-holiest site. [This would] suddenly galvanize the whole Islamic world! It would spread radical Muslim influence to many countries outside the Middle East. … Germany and the Vatican, the heart of the Holy Roman Empire, are not going to allow the king of the south to get control of Jerusalem and the world’s number one trade route. … One of the most worrying aspects of Iran’s growing power is its flirtation with nuclear weaponry.” The memo: “The security situation around the Persian Gulf is a crisis waiting to happen that should make European policy-makers shiver. Possible scenarios include nuclear confrontation, severe disruptions of world trade and a persistent environmental crisis that foments social unrest and could lead to the toppling of regimes and disintegration of states.”

The parallels are striking. But why is this important?

The German Council on Foreign Relations was founded in 1955 at the University of Bonn. Its inauguration was attended by West Germany’s first chancellor, Konrad Adenauer. Since then, the council has become one of the German government’s most influential think tanks, which provides 27 percent of its funding. Its website thanks a number of German and European government agencies for donations of €100,000 or more., including the German Ministry of Foreign Affairs, Ministry of Defense and Federal Office for Migration and Refugees, as well as the European Commission. The council’s membership includes influential figures from Germany’s political, military and business establishment. Its current president, Tom Enders, was the former chief executive of Airbus.

This memo by an extremely influential council in the German political establishment shows that Germany’s foreign affairs establishment has on its mind the nuclear program, trade route threats, terrorist proxies and other dangers posed by Iran. The departure of the United States from the Middle East is exacerbating the situation.

“Berlin will not be able to overwhelm Tehran in the near future unless it is working on a special strategy right now …” Mr. Flurry wrote in The King of the South. “Germany is planning for the bigger war to come! Germany has expected to clash with Iran.” Germany has less influence in the Middle East than countries like the United States, and it has engaged with Iran in the Joint Comprehensive Plan of Action nuclear deal and by other means. But Germany is actively concerned about Iran dominating the region. It is indeed “working on a special strategy right now.” As the memo summarizes it: “Iran is key for a geopolitical Europe.”

Germany and other world powers are currently negotiating with Iran once again to curb its rogue nuclear program. It looks unlikely that the sides will reach a satisfactory new agreement. If the talks collapse, the memo calls for a “Plan B”: “Given Iran’s considerable nuclear advances under the current circumstances, such an alternative plan would have to include non-diplomatic means to contain the Iranian program.” What policymakers in Berlin consider “non-diplomatic means” is fairly straightforward, especially when dealing with a country that might wield nuclear weapons.

Request your free copy of The King of the South, by Gerald Flurry.

Offers
Does God Exist?
Can the existence of God be scientifically proved? Where did the first life come from? Can we know whether God possesses mind power?
Request Now