Public threats by the Iranians reveal what the world already knew: Iran never gave up its nuclear ambitions.
By Callum Wood • April 13, 2018 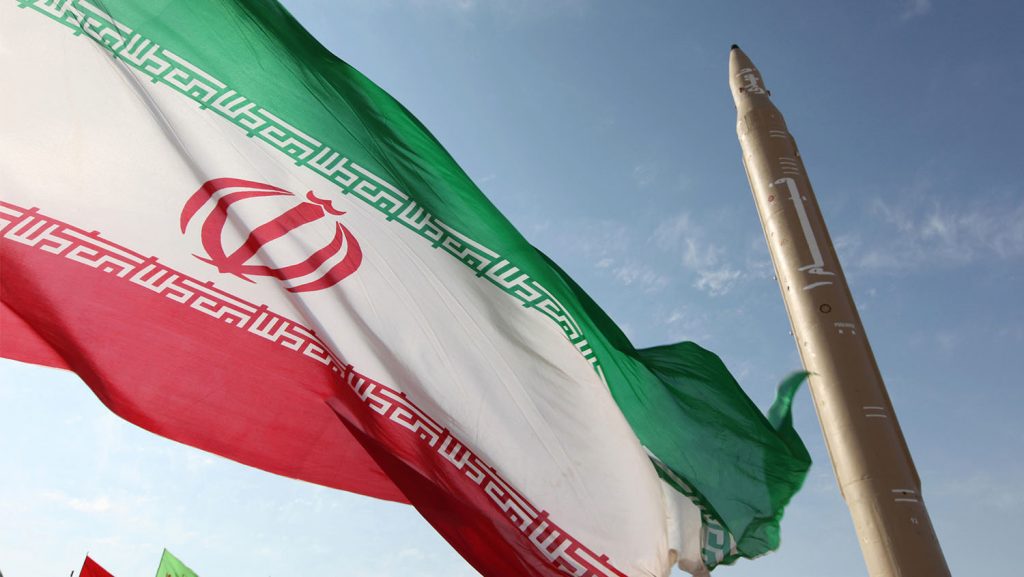 How long would it take for Iran to restart its 20 percent uranium enrichment program? Ali Akbar Salehi, the head of Iran’s Atomic Energy Organization, answered this question while speaking to Iranian reporters on April 8. “If senior Islamic Republic officials issue an order to resume the 20 percent enrichment, we can do it in [the] Fordow [nuclear facility] within four days,” he said.

Many in the West have taken this claim as a warning, if not a threat. In 2016, Donald Trump campaigned for the United States presidency on a promise to review the Iran nuclear deal (Joint Comprehensive Plan of Action, JCPOA) signed by President Barack Obama. In recent weeks, President Trump’s administration has begun to follow through. The U.S. is ratcheting up pressure on its European allies to impose new restrictions on Iran, including on its ballistic missile program. Iran has opposed any such restrictions, claiming that its missiles are separate from its nuclear activities.

Iran claims that the West, particularly the U.S., has reneged on its promises under the jcpoa. It claims the U.S. has refused to implement economic relief that would grant Iran billions of dollars (in addition to the billions that the Obama administration conceded before it left office).

How is restarting production of 20 percent uranium a threat? Such uranium, used to fuel most nuclear reactors, is unusable as a weapon. But it is a critical step in the creation of a nuclear device. According to the Bulletin of Atomic Scientists, 20 percent enrichment is “a potentially dangerous development: A stockpile of 20 percent enriched uranium would cut by more than half the time needed to enrich to levels above 90 percent—levels that are necessary for a bomb.”

Once uranium enrichment hits 20 percent, the remaining enrichment process is comparatively simple. That is why Iran is using 20 percent enrichment as a warning, basically saying, “Cross us, and we will start work on the bomb again.”

The truth is, Iran never stopped working on the bomb. As Salehi’s comments prove, Iran could revert back to pre-jcpoa bomb-making in the blink of an eye. Only now, Iran is even closer to its goal!

The Washington Free Beacon quoted Mark Dubowitz of the Defense of Democracies think tank as saying that the jcpoa “merely hit the pause button temporarily on those aspects of Iran’s nuclear program that it had already perfected—and, as [Salehi’s] threats underscore, could be easily restarted—while leaving Tehran with the time and space to develop technologies that it hadn’t perfected such as advanced centrifuges and missiles.” Iran paused one aspect of nuclear bomb production and just focused on others.

“[Salehi’s] threats reveal what many deal skeptics have long argued: Unless the jcpoa is fixed, Iran has pathways to dozens of nuclear-tipped missiles capable of striking U.S. forces, U.S. allies, and eventually the U.S. homeland” (ibid).

The JCPOA has been a colossal failure at containing Iran. Watch Jerusalem editor in chief Gerald Flurry called the JCPOA the “worst foreign-policy blunder in American history.” Look at the proof! If Iran can go back to pre-2015 uranium enrichment in four days, what did the JCPOA accomplish? “Iran changed nothing in its policies of aggression, subversion and sponsoring terrorism,” wrote Mr. Flurry. “It didn’t even say it would reform in any of these areas! Without giving in on anything, Iran was given all it needed in order to greatly accelerate its race toward getting the nuclear bomb.”

The Trump administration is now scrambling to restrict Iran’s multifaceted race to launch its nuclear weapons program. Meanwhile, Iran continues testing ballistic missiles. It keeps working in its secretive Fordow facility, while it denies access to United Nations inspectors. It continues sponsoring terror, sending soldiers to fight in nearby conflicts, and expanding its influence over radical Islamists and its power in the Middle East.

The jcpoa has paved a path for Iran to reach the nuclear bomb. The Iranians have taken full advantage of it.

Iran has threatened to restart its nuclear program several times since 2015. Its ayatollahs have not yet followed through, but Watch Jerusalemcontinues to warn that it will happen. In his October 2016 article “America’s Deadly Nuclear Deal With Iran,” Mr. Flurry warned that Iran “is about to push so hard and so aggressively that it will launch a massive war!”

Watch Jerusalem can make such claims based on the sure word of Bible prophecy. The Bible discusses a world soon to be plunged in to nuclear chaos. The Bible prophesies that the “king of the south” will help spark this terrible conflict that engulfs the entire world. Since the early 1990s, when Iran was seldom in the headlines, Mr. Flurry has identified the king of the south as radical Islam, led by Iran. (Request our free booklet The King of the South.)