Will Israeli Air Strikes Drive Iran Out of Syria?

Israel ups its opposition with a strike against alleged Iranian munitions in a Syrian port.
By Warren Reinsch • January 1 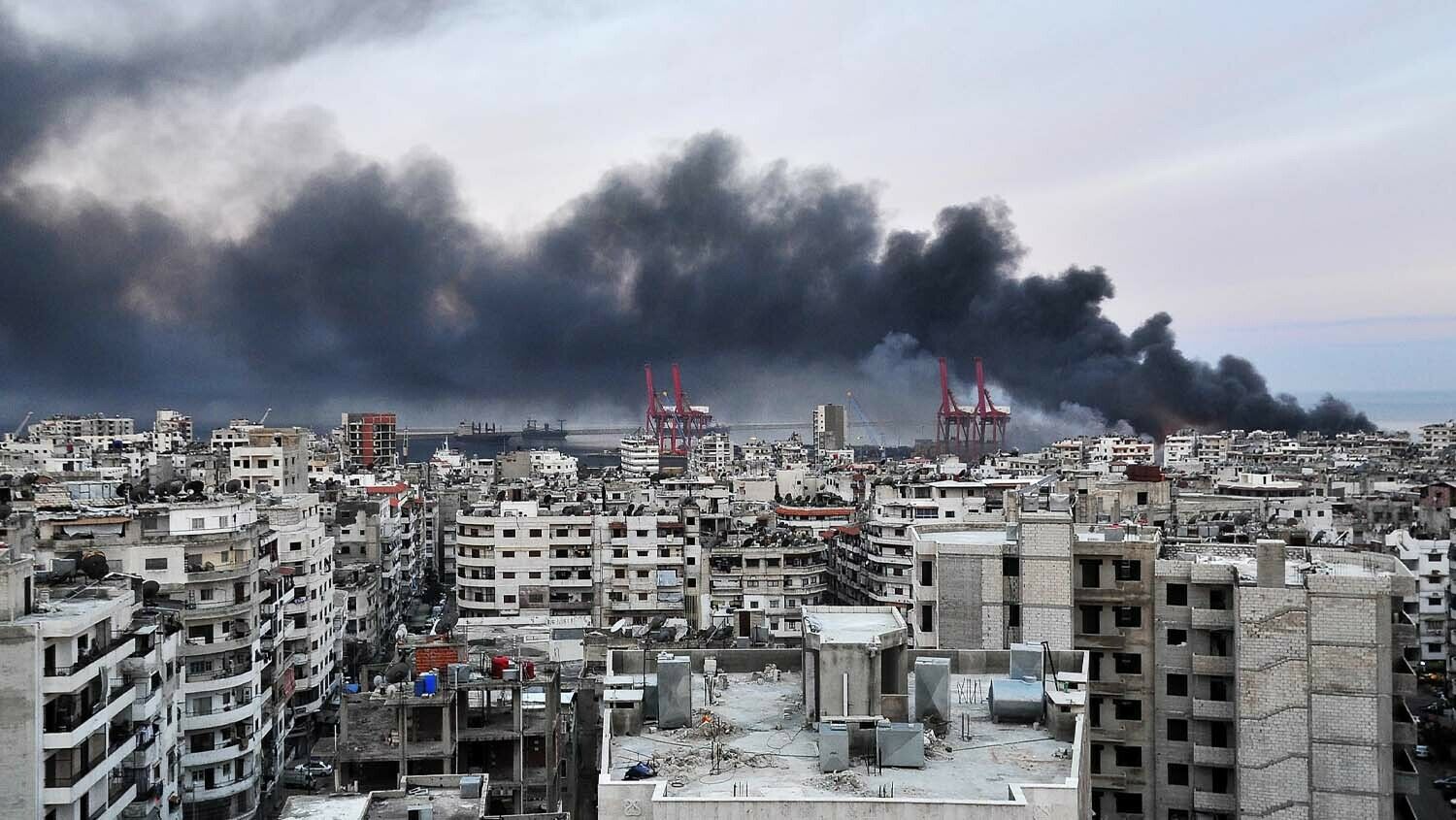 Smoke rises after an Israeli missile attack at the commercial seaport of Syria’s coastal city of Latakia on December 28, 2021.
Str/Xinhua via Getty Images

Dark smoke covered the horizon of the Syrian coastal city of Latakia on December 28 after an Israeli air strike targeted the port’s shipping container storage area. Syrian firefighters worked day and night to contain and put out the fires, leading many reporters to believe the targeted containers stored flammable materials, likely Iranian munitions and missiles bound for Hezbollah in Lebanon.

“These blasts and huge fires were caused by the explosions from the munitions stored in a warehouse close to commercial cargo,” an anonymous port source told Reuters, claiming the Iranian munitions had just arrived last month.

While air strikes against this port are rare, a similar attack just occurred at the same facility earlier this month on December 7.

Israeli Defense Minister Benny Gantz on Tuesday reiterated that “Israel will not allow Iran to funnel balance-breaching weapons to its proxies and threaten our citizens.” However, he did not comment on the attack.

Although Israel hasn’t officially claimed either attack, they follow an established Israeli pattern. A key aspect of Israel’s defense policy is to proactively strike Iranian targets in Syria before they get close enough to threaten Israel and to prevent Iran from becoming further entrenched on Israel’s northern neighbor. This has resulted in hundreds of air strikes since the Syrian civil war erupted in 2011.

When the civil war broke out, Iran was quick to throw its support behind Syrian President Bashar Assad and has since continued to support his regime. Iran supplied Assad with tens of thousands of Shiite mercenaries from Afghanistan and Pakistan and ordered thousands of fighters from its Lebanese proxy, Hezbollah, to cross the border into Syria. In return, Syria has paid Iranian companies to rebuild its infrastructure, such as building power plants and grain mills, and has allowed it to operate relatively freely within its borders.

Iran’s relationship with Syria is primarily a matter of logistics. To Iran, southeastern Syria is simply a highway for transporting munitions, missiles, oil and soldiers from Iran to Hezbollah. From there, attacking Israel is only a stone’s throw away. Iran already controls much of Iraq and Lebanon. Syria is its final frontier to fully realizing this Shiite highway. This is why Israel has conducted so many air strikes in southeastern Syria especially. These setbacks caused Iran to seek an alternative method of supplying Hezbollah.

In the spring of 2019, Syria agreed to lease the container terminal at the Latakia port on the Mediterranean Sea to an Iranian Revolutionary Guards Corps-affiliated company. While it is largely believed that the contract later fell through, many instances—such as this one—show that Iran has still been allowed to use this port for smuggling oil and weapons.

As a result, Syria continues to pay a heavy price for allowing Iran to operate within its territory—especially at such a large commercial hub as the Latakia port. When the price becomes too costly, Iran may find itself no longer allowed in Syria.

Although Assad has needed Iran’s financial and military support, Iran isn’t Syria’s only friend. In 2015, Iran invited Russia into Syria to help prop up the Assad regime. Since then, Russia and Syria have developed very close diplomatic and economic relations and defensive agreements. Russian has even become the only other option besides French taught in school as a secondary language.

In “The Imminent Iran-Syria Divorce,” Watch Jerusalem Middle East correspondent Brent Nagtegaal described how soon after Russia became involved in Syria, Iran and Russia developed divergent interests. While Russia wanted to develop Syria into a stable state and to benefit from the reconstruction projects and economic deals, Iran’s presence brought more air strikes and destruction as it sought to use Syrian territory to open a new front against Israel. “With Europe and the U.S. unwilling to fund reconstruction, and with Iran continuing to create instability and conflict in Syria, there are signs that Russia and Syria may try to sideline Iran,” Nagtegaal wrote.

Those signs are even evident in the two strikes at Latakia this month. Notice what Seth Frantzman wrote in the Jerusalem Post:

Both incidents raise eyebrows because Latakia is near several sensitive Russian bases in Syria, including the Khmeimim airbase [12 miles from the attack] and the Tartus naval base.

It’s important to note that Russia has S-400 air-defense systems in this area. However, reports at ria Novosti [news agency] apparently indicate Russia didn’t use air defenses. This report comes in the wake of Syrians wondering why nothing was done to prevent the air strikes on December 28.

It could be that Russia has no interest in defending illegal Iranian shipments of munitions to Latakia.

Iran’s presence in Syria is a detriment to Russia’s interests. As long as Iran continues to attack Israel from Syria and to use the territory to transport arms to Hezbollah for the purpose of threatening Israel, the barrage of air strikes will persist. Eventually, Russia and Syria will have had enough.

According to the Times of Israel, a Saudi television network reported in November that “[Iran’s Quds Force Commander in Syria Mustafa Javad] Ghafari admitted the presence of Iranian elements and weapons in the areas where the Syrian regime prohibited their deployment.” The network said that Assad shunned him from entering Syria and called Iran’s actions “a major breach of Syrian sovereignty at all levels.” The network also said this is a “part of the negative trend facing the Iranian position in Syria and in the entire region.”

The fractures between Iran and Syria are widening. Just as our organization has forecast for two decades, an Iran-Syria divorce is imminent.

When the Syrian civil war began, Watch Jerusalem editor in chief Gerald Flurry forecast that Iran would eventually lose its control in Syria. He wrote, “What we are seeing right now in Syria is a major biblical prophecy in the process of being fulfilled! What happens in Syria will lead to mighty nations changing course and the foundations of this world being shaken!”

In that article, Mr. Flurry described how a prophecy in Psalm 83 specifically identifies Syria as a part of a soon-coming confederation of nations that will, in part, be responsible for subduing Iranian aggression. Though Iran and Syria have been friends in the past, Iran’s aggressive and destructive behavior is creating a breach between the two nations. Very soon this divide will become fully realized.

Read Mr. Flurry’s 2012 article “How the Syrian Crisis Will End” for more information about the prophecy that reveals this imminent separation of Iran and Syria.