Germany has Iran surrounded, and Iran doesn’t even know it.
By Gerald Flurry • October 30, 2015 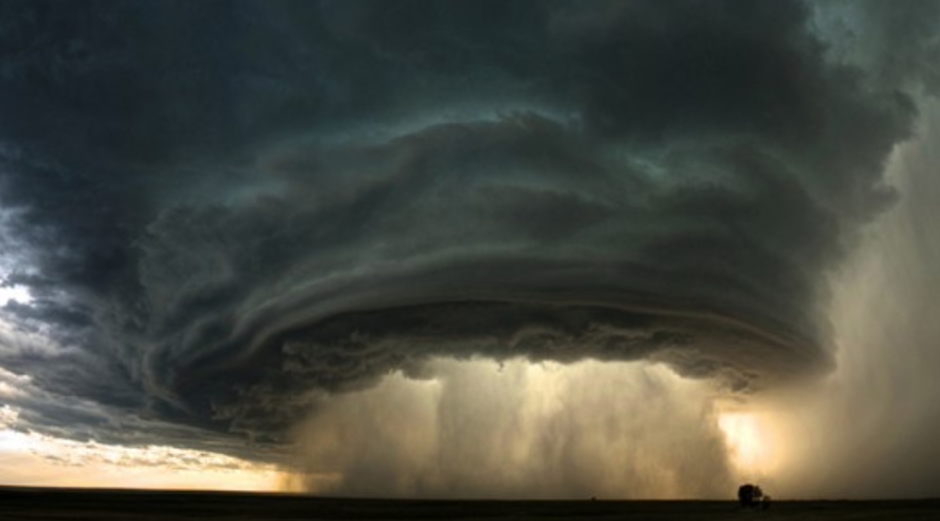 A United States general recently said that the face of radical Islam is now the Islamic State. That is a dangerous misjudgment. The Islamic State surely is a threat, but it doesn’t even have an air force. Essentially, it is a distraction from the true power in the region: Iran.

The Bible tells us that Iran is the “king” of the Middle East. Compared to the Iranian tiger, the Islamic State is merely a mouse!

Iran is behaving wiser than the Islamic State right now by not creating new enemies seemingly every day. It isn’t carrying out mass beheadings and taping vicious executions and raping hundreds of women all over the world like the Islamic State is. But people forget that Iran is the world’s greatest state sponsor of terrorism. It has promised numerous times to wipe Israel off the map, and its people frequently chant “Death to America!” After the disastrous nuclear deal in July, Iran is much closer to fulfilling these terrifying goals.

We have been telling you for over 20 years about the impending clash between Iran and Germany. That forecast is based on this biblical prophecy: “And at the time of the end shall the king of the south [an Iranian-led Middle East power] push at him: and the king of the north [a German-led European power] shall come against him like a whirlwind, with chariots, and with horsemen, and with many ships; and he shall enter into the countries, and shall overflow and pass over” (Daniel 11:40).

Biblical prophecy is incredibly specific. We have known for decades that Germany will crushIran, but now we know how.

The key to Germany’s destruction of Iran lies in one word. Notice Daniel 11:40 again: “And at the time of the end shall the king of the south push at him: and the king of the north shall come against him like a whirlwind, with chariots, and with horsemen, and with many ships; and he shall enter into the countries, and shall overflow and pass over.”

Iran has influence in Syria, Egypt, Libya, Yemen, Eritrea, Ethiopia, Iraq and Sudan, plus control of both points of entry into the crucial Red Sea—the most important trade route in the world. It has surrounded the key oil-producing state of Saudi Arabia.

Here is what I wrote in the July 2013 Philadelphia Trumpet:

The Iranians are so focused on conquering their own objectives that they don’t see what the Germans are doing. They don’t recognize how Germany is planning for the bigger war to come! No one but the Trumpet recognizes it! But the facts are visible for anyone to see.

Germany has expected to clash with Iran, and it has been working on a strategy for a decade or more. That strategy is almost complete. Germany has surrounded Iran.

“Whirlwind” is a very revealing word in this verse. It means to sweep away in a storm, according to Gesenius’ Lexicon. It can mean “to bristle with terror.” It can also mean terror-stricken, or shivering with fear, invoking the creeping of the skin of one who is terror-stricken.

This word has an unusual emphasis on terror! Will this terrifying whirlwind be nuclear? It certainly will be terrorizing! And it’s about to explode in the Middle East. Finally the terrorists will become terrorized!

In the April 2011 Trumpet, we forecast Libya’s fall into the Iranian camp. At the time, nothing was happening in Libya. The only way we could know this was by looking at that same prophecy in Daniel 11.

Here is what I wrote in that issue: “Until now I have not understood much about why the two nations of Libya and Ethiopia are mentioned in verse 43 along with Egypt. These two nations are the key that unlocks the strategy of radical Islam. The strategy is going to shake the U.S. and Europe to their foundations!”

Think about it: Why would Germany conquer Egypt, Libya and Ethiopia during a war with Iran unless those nations were allied with Iran? Such an alliance appeared highly unlikely until America, Britain and France bombed Libya to smithereens, celebrated the removal of a tyrant dictator, and immediately left the country to be taken over by radical Islam—something far worse than Muammar Qadhafi’s rule.

Here’s what I wrote in the November-December 2006 Trumpet: “In September, Pope Benedict XVI made some comments in Germany that confronted the issue of Islam and its violent tendencies. When Muslims responded by becoming violent, many prominent Europeans got behind the pope in support of what he said. When the pope begins to confront Islamists, the world should be alarmed. The Vatican knows its next great adversary is Islamism.”

For years now, the Catholic Church has taken particular notice of radical Islamism and its frequent terrorist activities. For anyone familiar with biblical prophecy, this is an alarming trend worthy of our closest attention! We have already seen six resurrections of the powerful church-state combine known as the Holy Roman Empire. The Bible says we are about to witness the seventh and final violent resurrection (for proof of this, request our free book The Holy Roman Empire in Prophecy).

Earlier this year, the Islamic State filmed a shocking video of the beheading of 21 Egyptian Coptic Christians. Just before the massacre, an Islamic State fighter said: “And we will conquer Rome by Allah’s permission, the promise of our prophet. Peace be unto him!”

Like I said earlier, Iran is simply being smarter than the Islamic State at this time. As the biggest state sponsor of terrorism in its own right, Iran thinks the same way. It also wants to conquer Rome and subjugate all Christians.

German Chancellor Angela Merkel has been called the Neville Chamberlain of this age. Chamberlain made concession after concession to Hitler in exchange for peace, but all that did was guarantee war. Many think Merkel is dealing similarly with the radical Islamic threat led by Iran.

Germany is a very strong nation. It is one of the top exporters in the world. After Germany started a war in 1870 and World Wars I and II, the U.S. and Britain put in writing that they would never let Germany steal the world’s peace again. But people forget that history, and now Germany is one of the leading exporters of arms and weapons of war!

All Germany needs now is a strong leader to replace Angela Merkel. That man is coming (Daniel 8:23). Once he takes charge, Germany will cause World War III by engulfing Iran in a whirlwind!

This ought to make us spring to action in our personal lives, becoming doers of the word of God and not hearers only. We must give our lives to God before it is too late. Time is running out!

The good news in all this is that the worst suffering mankind has ever seen will lead directly to the coming of the Messiah. He will put down these evil world powers and establish peace and loving government on the Earth. We should all look forward to this time!