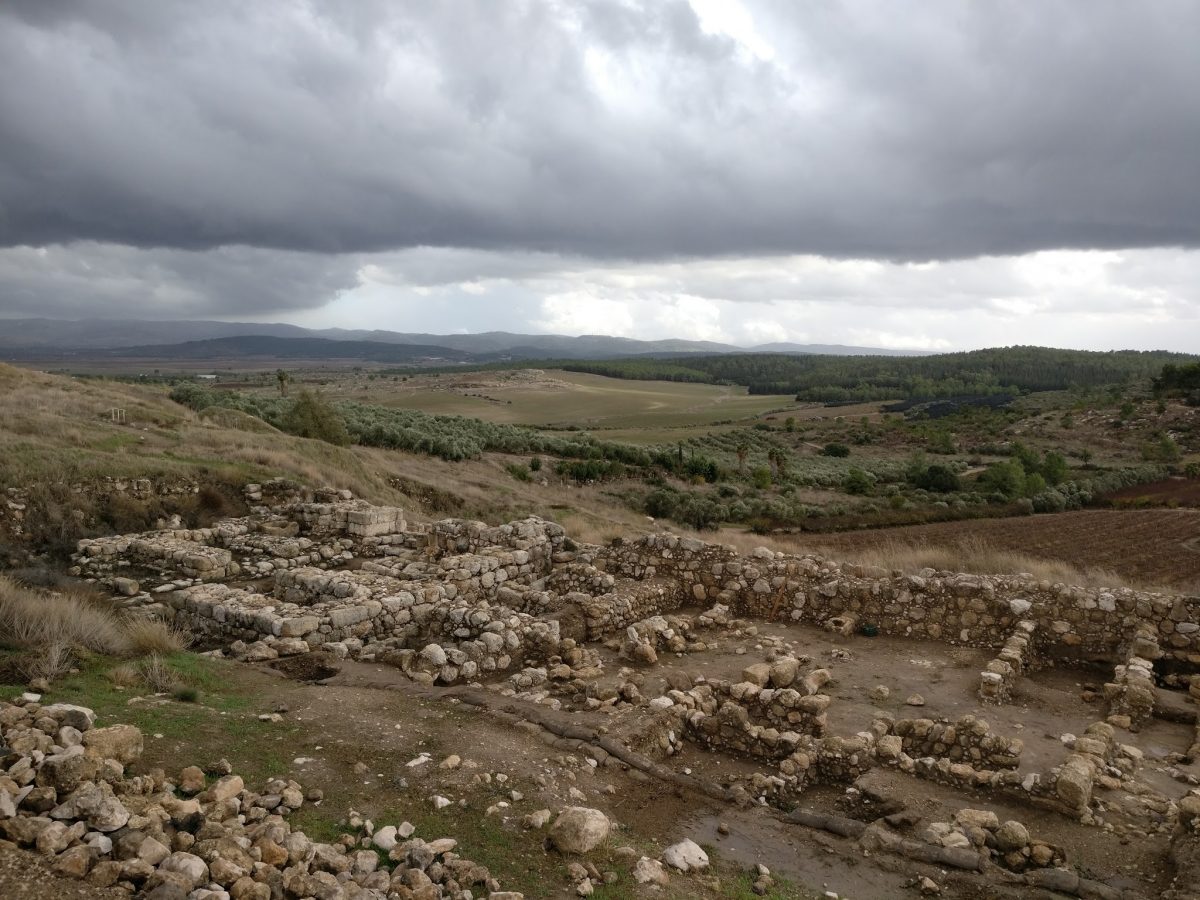 Remains of a Solomonic era palace adjacent to the six-chambered-gate.
WatchJerusalem

One of the particularly remarkable finds made at Tel Lachish this year would ordinarily be an unlikely contender for great biblical or archaeological significance: a toilet seat. Archaeologists were excavating a room within the entrance of Lachish that housed a number of pagan altars. The altars themselves had been vandalized, their horns (or corners) smashed (itself a deeply symbolic act, Amos 3:14). In the corner of this cultic room, archaeologists discovered a strategically placed toilet seat. There was no evidence that the toilet had been used—its presence in the room was merely symbolic. Which does, in fact, have a biblical precedent.

This vandalizing of the pagan room of worship at Lachish is thought to have been done by King Hezekiah as he led a revival of the worship of God (2 Kings 18:4, 22). It confirms an ancient tradition, as recorded by the actions of Jehu (an earlier king of the northern kingdom of Israel), to show utter contempt toward pagan worship. It is the first archaeological evidence found that confirms this kind of act, as recorded in the Bible.

A cave within the Judean desert has yielded up a papyrus inscription—the earliest Hebrew mention of the city Jerusalem. According to experts, the text dates to 2,700 years ago, during the seventh century B.C. While the preserved shred of papyrus is only 2.5 x 11 centimeters, the text is clearly discernible. It refers to a female servant of the king delivering wineskins to Jerusalem. Some have questioned the authenticity of the artifact, however, since it had been recovered from thieves who reportedly pillaged it from a cave and attempted to sell it to a dealer. While the papyrus was proven ancient, the authenticity of the writing is disputed.

The first-ever Philistine cemetery has been uncovered within the coastal city Ashkelon by archaeologists. The discovery of the burial ground was a remarkable window into ancient Philistine customs. The cemetery, containing over 210 bodies, dated between the 11th and eighth centuries B.C.—having functioned directly alongside the Israelite and Jewish kingdoms. Archaeological finds have long shown the Philistines were an advanced society, producing especially fine-quality products (contrary to the modern denigrating nature of the idiom “Philistine”). Remains of many different aspects of Philistine culture have been uncovered in the past—all except for, strangely enough, Philistine burial grounds. Now scientists have finally been able to witness the bones of the people themselves.

This scroll was not found this year—it was discovered in 1970. But, as a result of truly remarkable scientific progress, it was possible to completely read it this year. This scroll, at least 1,700 years old, had been burned to a crisp after the destruction of a synagogue located in a town on the edge of the Dead Sea. The singed scroll had been put away; scientists were unsure how to unravel it without damaging it.

But now, with amazing new digital analysis of X-ray scans, scientists have been able to “virtually unwrap” the scroll and read its contents. It contained portions of chapters 1 and 2 of the biblical book of Leviticus.

Michael Segal, professor of biblical studies at Hebrew University who worked on the project, described what was written on the scroll:

The text of the two chapters of Leviticus that have been uncovered so far is letter-to-letter identical to the Masoretic text that we know from medieval manuscripts. Similarly, in these two chapters, the section/paragraph divisions are in identical locations to the medieval [Masoretic Text].

This confirms the accuracy of the Jews in exactly preserving the Scriptures throughout the centuries. Dead Sea Scroll scholar Emanuel Tov, who participated in the project, said, “This is quite amazing for us. In 2,000 years, this text has not changed.” Radiocarbon results dated the scroll to around A.D. 300, but Dr. Ada Yardeni, after analyzing the handwriting of the text, dated it earlier, to around the first century A.D.

While it has been dubbed as “Solomon’s Palace,” chances are that he never actually lived there. This massive residence discovered in the ancient city of Gezer, dates to the Solomonic period. The structure fits with the massive 10th-century Solomonic gates found at the site. Solomon is specifically mentioned in the Bible as having specially fortified Gezer.

“And this is the reason of the levy which king Solomon raised; for to build the house of the Lord, and his own house, and Millo, and the wall of Jerusalem, and Hazor, and Megiddo, and Gezer” (1 Kings 9:15).

The gates, alongside their large, magnificent attributing structure found this year, add to the proof of a strongly governed Israelite kingdom during the time of Solomon, a ruler who some scholars have claimed was only legendary. They claim contrary to the biblical account that Israel was still, to that point, a discombobulated array of nomadic dwellers. Continued excavation at Gezer has run counter to this theory.