The European Union is taking aim at archaeological excavations in the City of David.
By Brent Nagtegaal • February 18, 2018 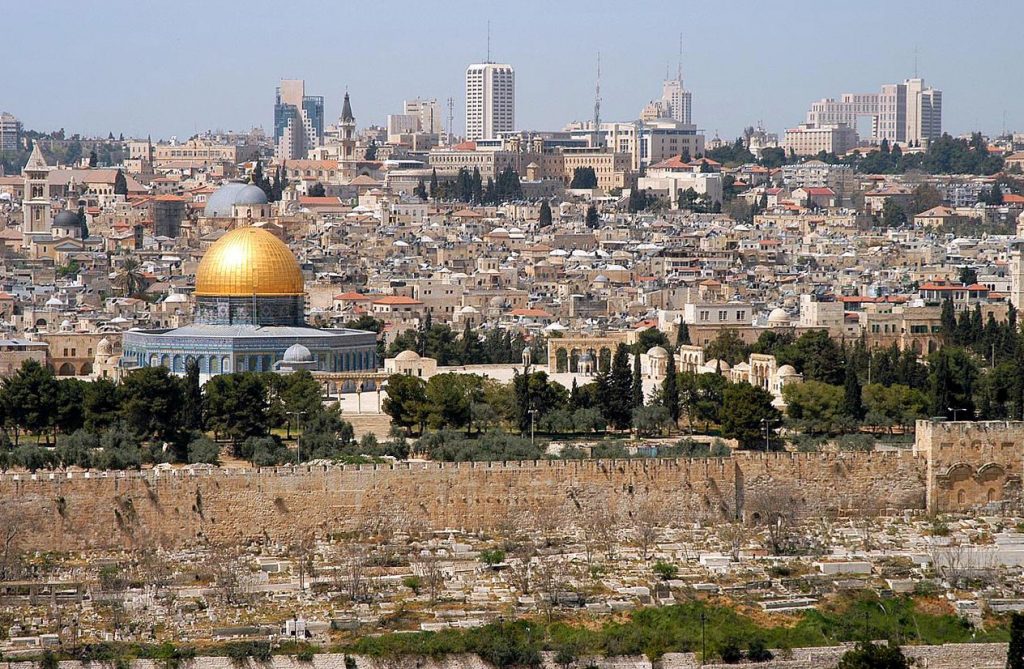 JERUSALEM – The European Union is not happy about Jewish archaeological excavations in the City of David, according to a report leaked to the Guardian on February 2.

The EU Heads of Missions–an organization composed of EU diplomats, funded by the EU, and stationed in Jerusalem and Ramallah–writes an annual report about what it considers to be the obstacles to a diplomatic solution for peace between Israel and the Palestinians. In years past, the report has focused on settlements and other Jewish activities that angered the Palestinians. But this year, the EU chose to take aim at a surprising target: archaeology. More specifically, it has targeted archaeological excavations taking place in the City of David, the most ancient part of Jerusalem.

Watch Jerusalem staff and Herbert W. Armstrong College students have worked with Dr. Eilat Mazar on several phases of archaeological digs in Jerusalem, uncovering some very exciting history. We have recently begun a new phase of a dig on the Ophel in Jerusalem, an area just south of the Temple Mount, very near the City of David. (You can read more about our current dig here.)

The recent EU report claims that archaeological excavations are being used “as a political tool to modify the historical narrative and to support, legitimize and expand settlements.” That’s quite an accusation–one that needs a response.

The area brought into question in the report is a portion of the mainly Arab neighborhood of Silwan, which is technically on the eastern side of Jerusalem but is less than a quarter mile from the Wailing Wall, a Jewish holy site.

Anyone familiar with Jerusalem recognizes the large gold dome on the top of the Temple Mount. Half a mile south of this dome (called the Dome of the Rock), lies the City of David, the area of ancient Jerusalem. The Gihon Spring is located here: It was the main water source for ancient Jerusalem and is the main reason why the city was situated where it was. This is where most of the excavations in Jerusalem have taken place for the past hundred years.

However, it seems this fact is lost on the EU diplomats. Instead, they see the excavations in the City of David purely as an attempt to undermine the Palestinians’ claim to the land. It’s as if they believe that archaeologists could dig anywhere in modern Jerusalem to study ancient Jerusalem, but they simply choose the City of David because of its large Palestinian population. Yes, it would be convenient if ancient Jerusalem was located in the western side of the city, then archaeological work could continue without such accusations.

The fact is, however inconvenient it may be to the EU, ancient Jerusalem is in East Jerusalem. And although different peoples have lived in Jerusalem through the ages, it is also a fact that the remnants of ancient Jerusalem are predominately Jewish from the time period of the Bible.

If you dig in the City of David, you will find a historical narrative that matches up remarkably with the Bible. But that is not how the EU representatives see it. Instead, they say that Israel is rewriting history through its archaeological digs. Nothing could be further from the truth.

The EU diplomats are also upset that the “site is operated by a settler organization ‘promoting an exclusively Jewish narrative, while detaching the place from its Palestinian surroundings.’”

It is true that the City of David tourist site is run by an organization that believes Israel’s roots are firmly established in historical reality. It is true that the tour guides at the City of David hardly discuss the modern Palestinian inhabitants of the area. The reason is that the hundreds of thousands of tourists who travel to the City of David haven’t come here to view modern Palestinian history. They have come here to witness the history of the Bible–history that is abundantly verified by countless physical remains. To vilify an organization for giving tours accommodating that request is absurd.

Tourists flock to the City of David to see centuries of ancient biblical history, not to discuss the last 70 years of Palestinian development of Silwan. To force the tour guides to do so would be to dilute the extremely powerful effect a visit to the site of ancient biblical Jerusalem can have.

The language of this leaked report betrays this European Union Heads of Mission’s anti-Israel bias. While the EU’s pro-Palestinian stance is well known and well-documented, the attacks in this report mark a new stage in the EU’s diplomatic warfare against the state of Israel.