Who was Antiochus Epiphanes?

A brief on the arch-adversary of the Jewish people
By Brent Nagtegaal • November 2, 2019 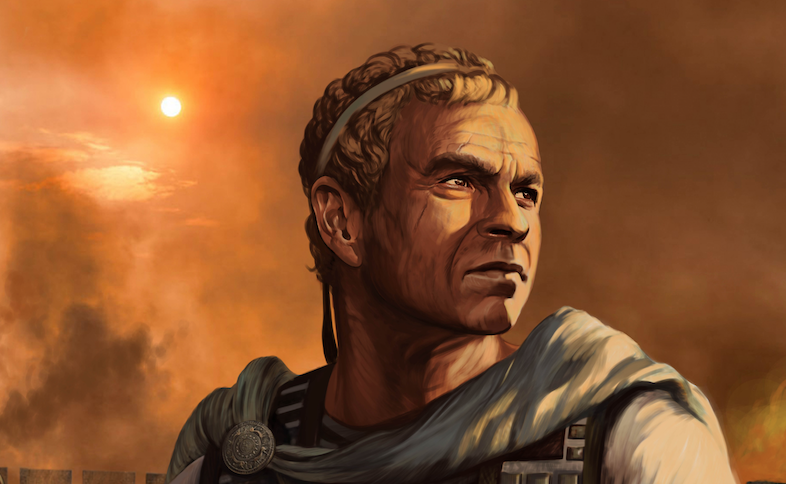 Antiochus was never meant to lead the Seleucid Kingdom. He was the son of Antiochus (III) the Great, but he was the third son, not the firstborn crown prince. In fact, for much of his childhood, Antiochus lived far away from the Syrian capital, as a resident hostage of the Roman Republic. However, he would eventually lead one of the most ferocious attacks against the Jews in antiquity.

When Antiochus was a boy, his father desired to expand Seleucid territory out of the Levant and into Greece. There he met the Roman Republic in a fierce battle. He lost and was ordered to pay a massive annual tribute to Rome and to send representatives from the Seleucid family to Rome as hostages. Among those hostages was young Antiochus IV.

Confined to Rome, young Antiochus received the highest class of Roman upbringing. He was well educated in the most acclaimed schools, rubbing shoulders with the greatest intellectuals of the period. He befriended many of the young Roman aristocrats. Members of the Roman government hoped that if they treated Antiochus well, he would eventually ensure an alliance between the Seleucid Kingdom and Rome.

In his later teen years, news reached Rome that Antiochus’s father had died and his brother, Seleucus Philopater, had assumed the crown in Antioch. Antiochus was released when Philopater’s young son, the new crown prince, replaced him as Rome’s hostage.

After almost a decade of being held in Rome, Antiochus began his journey back toward his homeland. On the way, he stopped in Athens and was employed as assistant to the city’s chief magistrate for a few years.

Then Antiochus received news about Philopater: His brother had been murdered at the hands of one of his treasurers. Immediately, Antiochus thought, This is my time to act!

The Seleucid throne should have rightfully passed to Philopater’s young son, but Antiochus quickly traveled to Syria to take the throne for himself. Aided by some of the powerful people he had befriended while in Athens, Antiochus entered Antioch secretly in 175 B.C. before revealing himself at a public gathering. Using the oratorical skill he had gained while in Rome and Athens, the returning royal appealed to the hearts of the people, seemingly full of kindness and compassion. The people of Antioch accepted his rule, though they knew it was not his right.

Antiochus and the Jews

Antiochus’s main foreign-policy objective was to take over the Ptolemaic Kingdom, which was based in Egypt. After a few successful campaigns, Antiochus ventured once more to Egypt to finish the job. This time, the Roman Republic sent its fleet to support the Ptolemies. Instead of facing off with the Romans, Antiochus wisely withdrew his forces from Egypt, never to return.

On his journey from Egypt back to Syria in 168 B.C., Antiochus decided to take his rage out on one of his subject peoples: the Jews.

Over the previous decade, many of the Jews in Judea’s capital city had been Hellenized, adopting the culture that dominated the Seleucid Kingdom and beyond. But the Jews still practiced many of their ancient traditions and laws. The Seleucids held power over the affairs and tribute of Judea, but they allowed its people to keep many of their customs.

The Jews had heard that Antiochus had been killed, and a rival priest had become high priest, throwing off the priest Antiochus had appointed into that office. When Antiochus arrived on the scene, he launched into one of the most inexplicably barbarous acts in history.

Antiochus went first to the temple in Jerusalem and set up a statue of the Greek god Jupiter Olympus in the holy of holies. On the altar of sacrifice in the temple courtyard, he forced the priests to sacrifice pig flesh to the pagan gods. Anyone in Jerusalem who was seen practicing any form of religion other than Antiochus’s was sentenced to immediate death. Wherever books of the Bible were found, they were destroyed, as were the people in whose possession they were found.

In order to ensure the Jews did not revert back to their religion, Antiochus ordered that a massive fortress be constructed just south of the temple. This towering citadel gave Antiochus’s forces the ability to view everything taking place in the temple area. Its impregnable walls also allowed Antiochus to garrison troops in Jerusalem in case the Jews thought to rebel.

With the heart of Jerusalem desecrated and construction underway on the citadel, Antiochus continued back to Antioch. There he made his policy official by issuing a formal decree to the entire realm. His decree stated that “the whole kingdom should be one people and that each nation must give up his customs.”

To enforce his decree, he sent soldiers to Jerusalem and throughout the Judean countryside. The soldiers prevented the Jews from offering burnt offerings, sacrifices and drink offerings in the sanctuary at Jerusalem. They forced them to keep strange customs, to build altars and shrines to idols, to sacrifice and eat unclean meats, to leave their sons uncircumcised, and to break the Sabbath. Those who would circumcise their sons were burned to death. Many Jews adopted the pagan religion.

Antiochus’s incursion into Judea was extremely successful. All of Judea turned over to Hellenism at the expense of the law of God—all, except for a family in western Judea known as the Hasmonean family (or the Maccabees). This family would later lead a rebellion against Antiochus and the Seleucid Kingdom, known as the Maccabean revolt.

Antiochus sent a number of generals into Judea over the next few years, but none of them was able to crush the rebellion. Antiochus Epiphanes was with the main Seleucid army in the east trying to crush the rising Parthian rebellion. It was there that he heard of the defeat of one of his generals in Judea. Immediately he set out for Judea himself to crush the rebellion. According to Polybius, a historian of the time, while Antiochus was en route to destroy the Jews, he was struck down and troubled with a “perpetual delirium” of some sort, “imagining that specters [terrifying spirits] stood continually before him, reproaching him with his crimes.” This torment drove him literally insane. Soon after, in 164 B.C., Antiochus died.

For almost 2,200 years Antiochus’s name has been synonymous with the enemies of the Jews who would take away their freedom, their lives and their truth. But did you know that Antiochus Epiphanes was actually prophesied in the book of Daniel? His life was accurately forecast more than two centuries before his birth. You can read about that in our booklet, Proof of the Bible.

What’s more, the Prophet Daniel reveals there is a modern counterpart to the ancient Antiochus waiting in the wings. To read more of the prophecies surrounding Antiochus Epiphanes, please request our booklet History and Prophecy of the Middle East.