Nostradamus predicted that one day the ‘controversies of Hebron’ would engulf the entire world. Was he right?
By Gerald Flurry • March 29, 2017 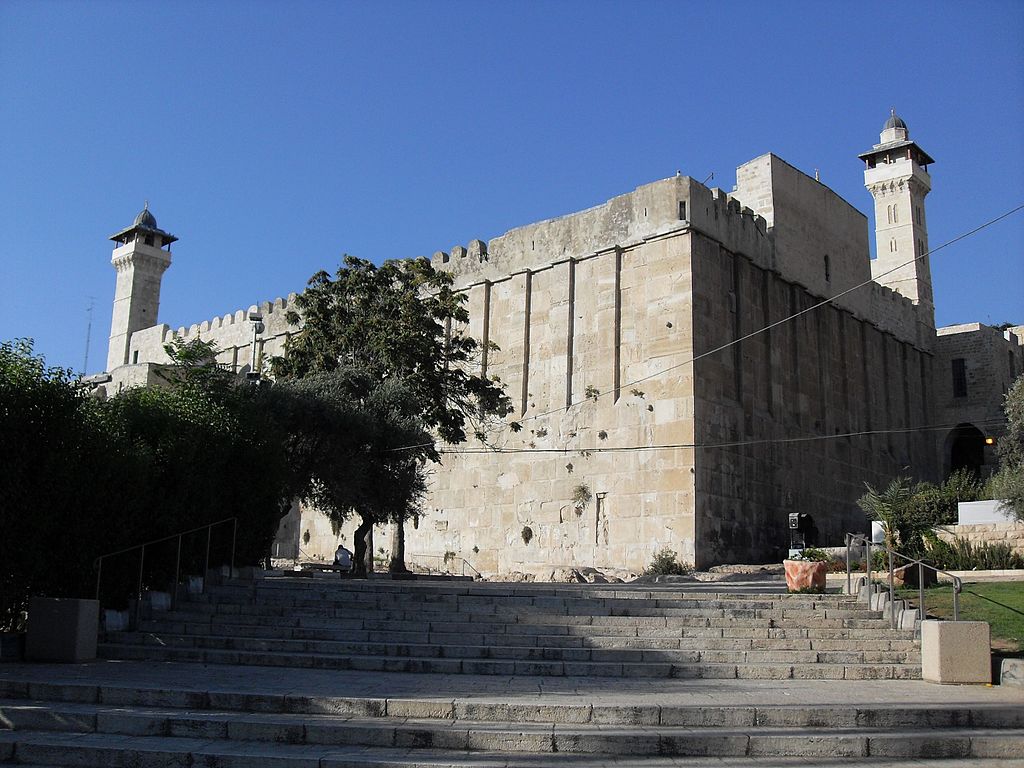 Cave of the Patriarch’s in Hebron
Utilisateur:Djampa/Creative Commons

One of the most violent cities on Earth is Hebron. But there is something utterly different and deeply hopeful about this city. It has a profoundly rich history. That history contains the key to peace in Hebron—and the whole world!

Consider this article entitled “Hebron’s Clash of Extremists.” Although it was written in the Boston Globe over a decade ago, the subject matter proves how little has change. D.S. Greenway stated (emphasis mine throughout), “Hebron has long been a tough and intolerant town prone to extremes. Its 130,000 Arabs are sullen and resentful, and the 450 Jews living in the city, backed by 6,000 more in Kiryat Arba, the Jewish settlement that overlooks the city, are as militant as any settlers in the occupied territories.

“Both [Arabs and Jews] are uncompromising and prone to violence. Jewish settlers, armed and believing that God promised Hebron to them, regularly come into Arab quarters to trash shops, paint stars of David on the walls, and sometimes kill Arab bystanders. Meanwhile, Palestinians bide their time and assassinate settlers when they can.

“The Jewish settlers in Hebron, many of the most fanatical from the United States, have often been the despair of Israeli governments of both the right and left. … Nowhere in the territories is the powerlessness of the many in contrast to the power of the few so vivid.

“Friction is exacerbated in Hebron by the Cave of Machpelah, home to the tomb of biblical patriarchs, associated with Abraham and Sarah and holy to jews and muslims alike.

“Last Friday’s ambush killing of 12 Israeli soldiers, policemen and security guards, who were protecting settlers ON THEIR WAY HOME FROM PRAYER, was only the latest outrage in the long history of Hebron bloodletting. Both sides acted predictably in the aftermath. Islamic Jihad, which brooks no peace with Israel and defies the Palestinian Authority, claimed responsibility. The Israelis moved their army back into Hebron and began leading away blindfolded youths. Settlers set up tents to begin a new and troublesome settlement on the site of the shootings, and Palestinians across the territories were photographed cheering in the streets while others stayed indoors waiting for the inevitable Israeli reprisals. And so the dreary cycle of death and vengeance marches on. …

“Would that the Palestinians could get their act together, give up the armed struggle, the hideous suicide bombings that have brought their cause nothing but ruin, and give the Israeli peace camp a chance.

“In divided Hebron, however, there will be little support for political compromise. The islamic jihadis and the militant ultras in the settler camp both believe god speaks only to them, and therein lies the curse of our times.”

While that article was written a decade ago, the violent attacks of religious extremists in Hebron haven’t really abated. Sadly, we see the “dreary cycle of death and vengeance” marching on in Hebron. Both sides claim that God is with them. Both sides believe they are fighting for God and His cause. But which side, if either, is right?

Nobody will ever win the war on terror by simply going after the symptoms of terrorism or trying to stop the buildup of terrorist weapons and terrorist networks. What is needed is to first begin to understand the cause behind the violence.

Here is what Martin Sieff wrote back on November 18, 2002, for United Press International: “On any given day, the sense of mutually reciprocated hatred between the Jewish and Palestinian Arab communities there is so intense you really do feel you could cut it with a knife—if you don’t get stabbed first. It crackles overhead, intangible but unavoidably real, like a diabolical form of high voltage electricity.

“Jews and Arabs alike revere Hebron as the burial place of their mutual ancestor, the patriarch Abraham, celebrated in the Bible and Koran as the founding father of both peoples.

“Yet nowhere is the hatred between them more unrelenting and unforgiving. Compared to the 100,000 Palestinian Arabs and 400 religious-nationalist Jewish settlers in Hebron, the Hatfields and the McCoys look like Mother Theresa and Albert Schweitzer.

“For nearly three quarters of a century, the bitterest blood feuds of the Israel-Palestinian conflict have hung over the oppressive, narrow ancient streets of old Hebron like a biblical or koranic curse. …

“In February 1994, an Israeli extremist settler, Baruch Goldstein, massacred 29 Palestinians in a mosque at the traditional burial place of Abraham, shooting them in the back as they prayed to their God.”

Extremists on both sides killed people who were or had been praying to their God. And THE VIOLENCE WAS DONE IN THE NAME OF GOD!

Were they doing it in the spirit of Abraham? Not according to the Bible.

Here is another statement from Mr. Sieff’s article: “Nearly 450 years ago, the great 16th-century astrologer, doctor and prophet Michel de Nostradamus predicted that one day the ‘controversies of Hebron’ would engulf the entire world. Anyone who has recently visited that fabled, blighted city would be hard put to say that he was wrong.”

Nostradamus was right. But not because he said so. Bible prophecies reveal that these “controversies of Hebron” will indeed “engulf the entire world”!

However, this fate could be avoided if we learn what Abraham and David learned.

Hebron was there when Abraham entered Canaan nearly 4,000 years ago.

Here is what the New Bible Dictionary says about Hebron: “Abraham bought the field of Machpelah with its cave to be a family burying ground (Gen. 23). There he and Sarah, Isaac and Rebekah, Jacob and Leah were buried (Gen. 49:31; 50:13). According to Josephus (Ant. Ii. 8. 2), the sons of Jacob, with the exception of Joseph, were buried there too. The traditional site of the Patriarchs’ sepulcher lies within the great Haram el-Halîl, the ‘enclosure of the friend’ (i.e. Abraham; Isa. 41:8), with its Herodian masonry. … In Hebron David was anointed king of Judah (II Sam. 2:4) and two years later king of Israel also (II Sam 5:3); it remained his capital for seven and a half years. It was here too, later in his reign, that Absalom raised the standard of rebellion against him (II Sam. 15:7).”

Abraham was God’s “friend.” Are these extremists in Hebron today God’s friends? Absolutely not.

So what is the solution?

These statements are written in A Dictionary of the Bible, edited by James Hastings, M.A., D.D.: “Abraham, after waxing rich and separating from Lot, came and dwelt by the terebinths of Mamre, which are in Hebron, and built an altar there unto the lord (Gen. 13:18). From here he went to the rescue of Lot, and brought him back after defeating Chedorlaomer and the kings that were with him; here his name was changed from Abram to Abraham, and it was here that he entertained the angels unawares (Gen. 14:13; 14:5; 18:2).”

WHAT A HISTORY. EVEN “ANGELS UNAWARES” CAME TO HEBRON AND WORKED WITH ABRAHAM. BUT WHERE ARE THE ANGELS TODAY?

Hebron was where Abraham received his new name. Few cities have such an illustrious history.

“There are a large number of traditional sites about Hebron. … At the foot of this hill is the Ager Damascenus, from which was obtained the red earth of which Adam was made” (ibid.).

Mankind had a humble beginning. The red earth from which Adam was created probably came from the Hebron area!

When are we going to truly and humbly look to the Creator of Adam? The God of Abraham and David? When will be begin to live the way Abraham and David did? Only then will we ever live in peace and joy.

Soon, King David, resurrected, immortal, in power and glory, will be king, not only over the city of Hebron in the Middle East, but over all 12 nations of Israel brought back from the scattered lands where they were taken captive (Jer. 30:9). The violence will be stopped forever. There is bad news, and there is good news—THE GOOD NEWS LASTS FOREVER!