Israel: A Name Born in Adversity

The legacy of America and the British Commonwealth began with a magnificent act of willpower—and it’s ending with a ruinous absence of willpower.
By Brad Macdonald • May 1, 2017 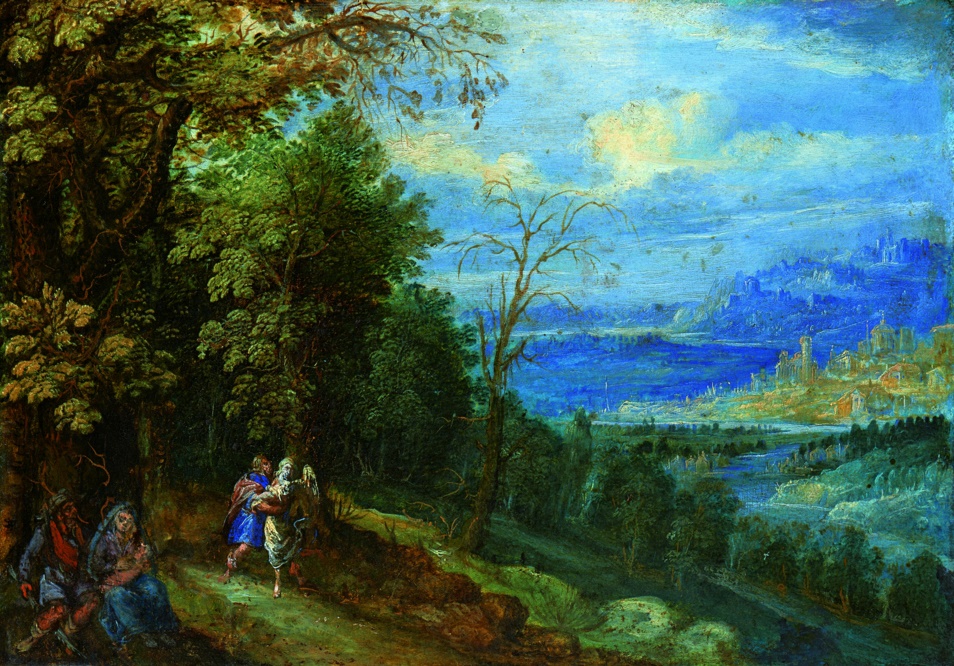 “Jacob Wrestling With the Angel” by Jacob Tilens 1610
Public Domain

The name Israel has been appropriated by a little Middle Eastern state of Jews. In biblical terms, however, that people descends from the patriarch named Judah.

The name Israel, as it’s used in the Bible, refers to three distinct groups: First, it can refer to the patriarch Jacob, the grandson of Abraham, whose name God changed to Israel (Genesis 32:28). Second, Israel can refer to his descendants, the “children of Israel,” or the collective 12 tribes of Jacob, including Judah. (When the tribes of Judah and Benjamin broke away, the name Israel referred to the northern 10 tribes only.) Lastly, when used in a specific sense after the death of Jacob, the name Israel refers to Ephraim and Manasseh (and their descendants), Jacob’s grandsons on whom his name Israel was conferred (Genesis 48:16).

The Bible is clear on this point: The name Israel was given to Joseph’s two sons (Jacob’s grandsons), and their descendants. Biblically speaking, the name Israel refers to the modern-day descendants of Ephraim and Manasseh. Who are these people? The answer, proven throughout the pages of the Bible, is the British Commonwealth nations and the United States of America! This is thoroughly explained in Chapters Six and Nine of our free eye-opening book The United States and Britain in Prophecy, written by Herbert W. Armstrong.

That’s a shocking, yet plain truth. If we can wrap our minds around it, we’ll experience a profound clarity in our understanding of world history and current world events.

Right now, I want to investigate the origin of the name Israel. Clearly it was coined by God when He changed Jacob’s name to Israel. But why was Jacob’s name changed? Why Israel?And, most importantly, what lessons can modern-day Israel—America and the British Commonwealth—learn from the origins of their own name?

Genesis 32 shows that Jacob’s name was changed during his journey from Haran—where he had been working for his father-in-law for 20 years and had amassed great wealth and a large family—to his native land of Canaan. Jacob, you might recall, fled to Haran as a young man because he was afraid of being killed by his brother Esau.

One night, near the end of his long and tiring trek home, Jacob, alone after sending his wife and children ahead, became involved in a wrestling match after being suddenly seized by a strange man. Jacob hadn’t been wrestling long when he began to realize that this man, who had appeared out of nowhere, was God Himself (Hosea 12:3-4). He knew this was a watershed event in his life. Despite his weariness and the fact that he was engaged in hand-to-hand combat with God, who had manifested Himself as a man, Jacob “wrestled with him until the breaking of the day” (Genesis 32:24).

By this time Jacob had eleven sons; he wasn’t a young man. But he was driven by willpower that allowed no thought of surrender. Quitting wasn’t an option, neither was negotiation or appeasement. The deeper the night grew, the harder Jacob fought. It became obvious to the man that his gritty opponent was not going to quit. So he dislocated Jacob’s hip, a painful injury hampering his ability to wrestle. Surely he would now quit the fight.

Jacob—his arms as heavy as stone, panting, sweat pouring from his brow, hip dislocated—kept on fighting!

Dawn broke. His opponent asked to be let go. But the injured, utterly exhausted Jacob still refused to quit. “I will not let thee go,” he told the man, “except thou bless me” (verse 26). Jacob was in a fight he couldn’t possibly win, with none less than God Almighty, yet he was infused with a driving sense of zeal and relentless courage!

“What is your name?” the man asked.

Not any more, the man told him: “Your name shall be called no more Jacob, but Israel; for you have contended and have power with God and with men and have prevailed. … And[he put] a blessing on [him] there” (verses 28-29, Amplified Version).

Of course, God could have knocked Jacob out at any point, but that was not His intention. Jacob was to inherit the promises made to Abraham and Isaac. God needed to test his character, his willpower and his determination to stand in the face of adversity and go after the promises of God. Jacob excelled in that test!

God not only blessed Jacob following this struggle, but He also gave him a new name. Israel means “contender” or “soldier of God.” That all-night wrestling match was a turning point in Jacob’s life. He proved himself to God, and although he limped away with a sore hip, Jacob left with a new name—a name testifying to his fighting character, his ambition, his tenacity, his perseverance and his unquenchable willpower!

Now compare that spectacular legacy of strength with the nation bearing that name, Israel,today! And compare it with the nations—America and Britain—that have descended from his progeny, Ephraim and Manasseh. Israel is a term besmirched with cowardice and weakness, politically, nationally and individually. It has become a term synonymous with capitulation and appeasement. America, Britain and the Jewish state are wrestling with some deadly adversaries, but they lack—of all things—courageous willpower!

Father Israel’s passion for victory is being strangled by a debilitating spirit of defeatism.

Most prefer to ignore this reality, while others retool capitulation and compromise as marks of “freedom” and “progression.” Call it what you will, but a poverty of willpower afflicts every level of these societies. The evidence is everywhere: confused, fearful parents and adults cower before out-of-control children and teenagers; religious leaders lack the fortitude to confront the armies of immorality and lawlessness; business and government leaders lack the courage and character to enact changes necessary to rescue us from economic Armageddon; and, most obviously, the national leaders of these states lack the willpower to deal decisively and forcefully with the multiple, hulking external adversaries threatening our existence.

Iran is one of America’s most consistent threats. It’s been meddling in Iraq—empowering terrorist groups, destabilizing the government—for years. Destroying the Jewish state is practically official government policy. These policies are augmented by Tehran’s ambitions for acquiring nuclear weapons, which it fearlessly pursues with reckless abandon and zero respect for the opinions of the international community.

Darkness is creeping up on the Iran-American wrestling match. Instead of fighting for absolute victory, the United States waves the white flag of surrender.

The same goes for Britain. The nation is being besieged from the inside out by Islam, including literally thousands of radical terrorists who spend their days listening to angry sermons by fiery Muslim clerics and their nights planning attacks on their host nation. How do Britain’s leaders respond?

They exult in multiculturalism and political correctness, raising the white flag higher!

The same goes for Judah, encompassed by foes bristling for a fight.

The stark contrast with courageous father Israel is embarrassing, gut-wrenching and tragic.

Israel’s rich legacy—born in a victorious act of adversity, strength, perseverance and indomitable willpower—is being shredded by a collective and individual spirit of defeat in the nations of Israel today. The peoples and leaders of America, Britain and the Jewish state have, for the most part, given up.