German-Led Europe to Double-Cross the Jews 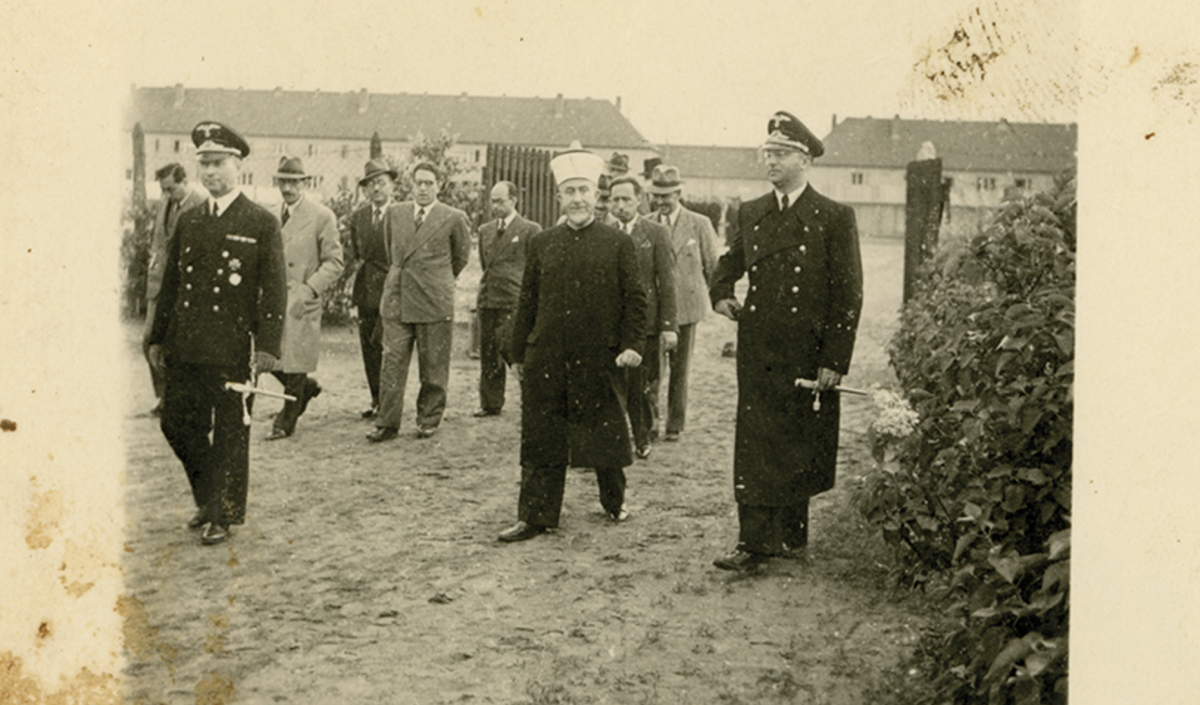 The Bible states that in the near future, the city of Jerusalem will find itself “compassed with armies.” What does this mean? When will it occur? And what will be the result

We quite often quote the latter part of Daniel 11 through Daniel 12 to find out what will happen to the nations “at the time of the end” (11:40). Verses 40-43 have been clearly expounded upon in the earlier articles of this prophecy page. Look closer at verse 41:

He shall enter also into the glorious land, and many countries shall be overthrown: but these shall escape out of his hand, even Edom, and Moab, and the chief of the children of Ammon.

This is talking about the king of the north, a German-led European Union. This “king” has just wiped out an overtly aggressive king of the south (Iran, verse 40) and is crushing Iran’s end-time allies, Egypt Libya, and Ethiopia (verses 42-43). What of verse 41?

By this point in the prophetic timeline, half of Jerusalem would have already fallen to radical Islam, as described particularly in Zechariah 14:2. The Palestinians will have violently wrested control of half of Jerusalem from the Jews. It will be a terribly destabilizing time for Israel. As such, after the German-led EU wipes out Iran and its allies, they will be welcomed into Israel as a peacekeeping force, “securing” the land that had once been taken by the Islamists. The king of the north’s armies will exert a strong “protective” presence in the land. But all is not as it seems.

Ezekiel 23 prophesies a close end-time “relationship” between Judah (Israel in the Middle East) and its “lovers,” the Assyrians (modern-day Germany). The United States has currently been Israel’s closest ally. Yet the whole world is currently watching America’s power decline and a cooling of relations between the governments of both countries. Thus, Israel has already started to look to the EU, notably Germany, for help. They will welcome in a “peacekeeping” EU force. This will be a fatal mistake.

Ezekiel 23 describes a massive double cross that will happen to Israel. Her Assyrian “lovers” will turn on her and tear her apart (verse 24). Ezekiel describes how incensed God is that Israel refuses to look to Him for national help, but turns instead to Germany—a country that in living memory has brutally slaughtered 6 million Jews!

The Prophet Jeremiah also describes what the king of the north will do in Israel: “And the word of the Lord came unto me the second time, saying, What seest thou? And I said, I see a seething pot; and the face thereof is toward the north” (Jeremiah 1:13). This is the king of the north—the end-time German-led European Union. Verse 15:

Israel, and Jerusalem in particular, will be surrounded. These peacekeeping “lovers” will actually double-cross Israel and will begin conquering the nation, killing most and enslaving those who are left.

Some might point out that these events in Jeremiah were already fulfilled during the prophet’s lifetime and thus do not apply to the future. They certainly did occur during Jeremiah’s time—but only in type. There is an important principle to consider in Bible prophecy—that of duality. Prophecy largely has an initial fulfillment, and then a latter end-time fulfillment (for example, see Isaiah 41:22).

Additionally, the reason God commanded Jeremiah to even write a book in the first place is because it was to be a message for the future end time (Jeremiah 30:2-3; also note Isaiah 30:8). The inhabitants of the land in Jeremiah’s time would not have had the means to read copies of Jeremiah’s book. Jeremiah continues to tell us that this coming disastrous time would be concluded with King David being resurrected to rule over Israel! (read Jeremiah 30:1-9). Has David yet been raised up to rule over Israel? Of course not. Then Jeremiah’s end-time warning of the greatest suffering ever (verse 7) has not yet been fulfilled.

These are just a few biblical passages that point out the king of the north’s coming siege of Jerusalem. Yet finally, Daniel 11 concludes:

And he shall plant the tabernacles of his palace between the seas in the glorious holy mountain; yet he shall come to his end, and none shall help him.