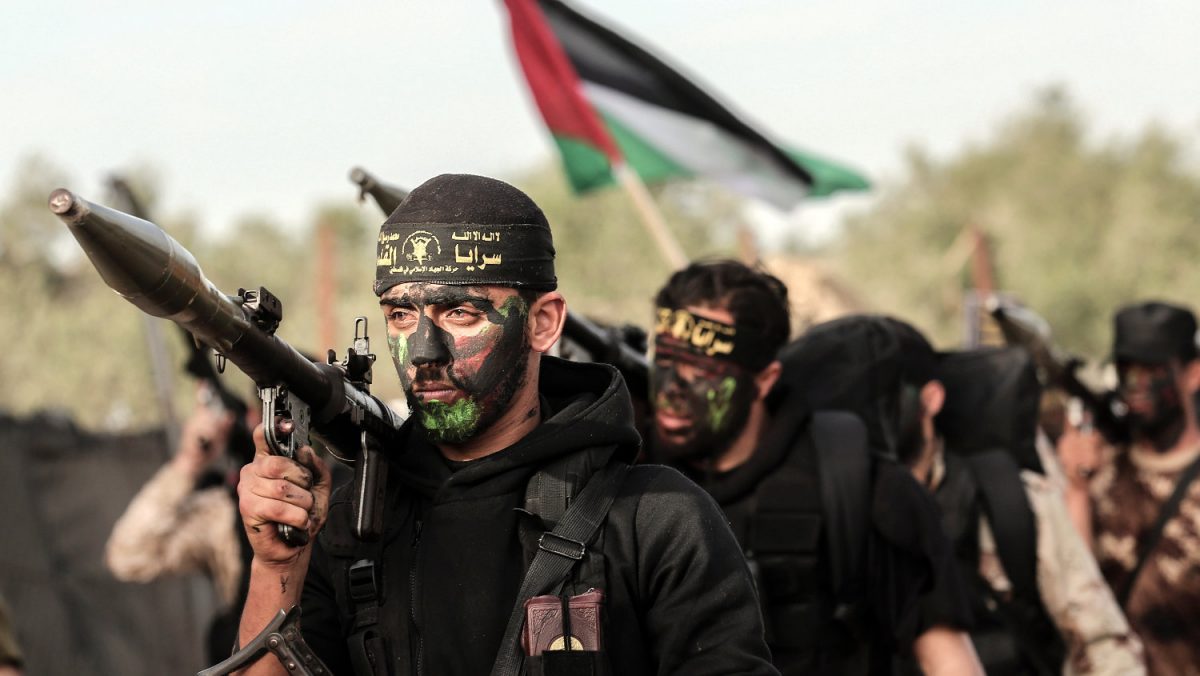 A group of Houthis (Ansar Allah Movement) members perform during a military training session at a camp in Nuqom region of Sanaa, Yemen on December 14, 2015.
Mohammed Hamoud /Anadolu Agency/Getty Images

By studying into the latter part of Daniel 11, we understand that Iran is not only the king of the south (verse 40), but that its allies include Egypt, Libya and Ethiopia (verses 42-43). Why has it allied with these countries? They are not haphazardly referenced! The answer proves most interesting, and shows, especially with regard to Egypt and Ethiopia, a carefully planned Iranian strategy that has been in the works for many years now.

But he [the king of the north] shall have power over the treasures of gold and of silver, and over all the precious things of Egypt: and the Libyans and the Ethiopians shall be at his steps. (Daniel 11:43)

Here is how the Soncino Commentary defines “at his steps”: “either joining his army or placing themselves at his beck and call.” The Gesenius’ Hebrew-Chaldee Lexicon defines that expression as “in his company.” Why would Iran be so interested in getting some measure of control over Libya, Egypt and Ethiopia? The answer is intriguing.

All you need to do is get a good map of the Middle East, with the emphasis on the Mediterranean Sea and especially the Red Sea. Then you can see why the king of the south, or radical Islam, is so interested in an alliance with or control over these countries. They are on the two seas that comprise the most important trade route in the world! Whoever heavily influences or controls Ethiopia will undoubtedly also control the small areas of Eritrea and Djibouti on the Red Sea coastline. These areas only recently became independent of Ethiopia; thus, by all appearances, the Bible view is that these small areas are included as a part of Ethiopia.

Controlling the Suez Canal is not enough. Egypt tried that in 1956, when Britain, France and Israel kicked it out in one attack. But what if you have radical Islamic nations all along this sea trade route with real airpower—including missiles? That could give Iran virtual control of the trade through those seas. Radical Islam could stop the flow of essential oil to the U.S. and Europe! And it also puts Iran into a power position to potentially get control of Jerusalem.

If Iran gets control of the Mediterranean trade route, it could create enormous damage and chaos in America and Europe almost overnight. Germany and the Vatican, the heart of the Holy Roman Empire, are not going to allow the king of the south to get control of Jerusalem and the world’s number one trade route! Such a threat would be too much for a Catholic-dominated Europe, whose history was forged battling the Islamic empires for control of Jerusalem throughout the Crusades.

You need to continue to watch for the countries of Daniel 11:43 to make a severe and rapid turn into the radical Islamic camp. The process is already underway. Libya already fell in 2011 to radical Islam, as we prophesied it would. It is a country that Iran has entrenched itself in through terrorist proxies. That same year, Egypt also swung into Iran’s camp with the ouster of President Hosni Mubarak and the entrance of a pro-Iranian, Muslim Brotherhood member, President Mohamed Morsi. Egypt-Iranian relations soared. While his radical rule was deposed by the military merely a year later, public sentiment still stands strong behind this man’s ideals. Watch for him or another of his cronies to regain power of Egypt in the near future. And watch for Iran to take control of the western coastline of the Red Sea through an alliance with Ethiopia and her small neighboring countries, Eritrea and Djibouti. While Ethiopia has been quite a strong Christian country in the past, the Bible prophesies that it will fall into the Iranian camp. The country is already well on its way, having suffered through much regional violence.

And on the east coast of the Red Sea, we already see Iranian-backed Houthi rebels taking control of Yemen, and thus getting a grip on the Bab el-Mandeb Strait leading into the Red Sea. The Houthis there have deposed the Yemeni government and are fighting strongly against Saudi Arabia. The Saudis see the terrifying reality of Iran controlling Yemen by proxy, and thus the Bab el-Mandeb Strait and Red Sea. Iran, as you read this article, is cunningly tightening its grip on the Red Sea. It already has been operating its navy vessels throughout the area, including through the Suez Canal and into the Mediterranean Sea—something that used to be off-limits to Iran during the reign of Hosni Mubarak.

Daniel 11:40 says that the king of the south is going to push at the king of the north, and that will probably be mainly from its trade route power. That push will be a dramatic act of war! The Holy Roman Empire will respond with an all-out whirlwind attack—and Iran and radical Islam will fall immediately.

Arab-Iranian control over the southern Mediterranean Sea and Red Sea could be the real reason the United States is not mentioned in this Mideast war in Daniel 11. The U.S. economy is shaky, the dollar is extremely weak, and Iran could threaten or even cut off all its oil and wreck the U.S. economy to keep America out of the war. At any rate, the U.S. has merely stood by while Iran strengthens its grip on the Red Sea—actually enabling the ousting of the West-allied Egyptian President Hosni Mubarak and the stabilizing power of Libya’s Muammar Qadhafi. And the U.S. continues to stand back while its once strong Middle East ally Saudi Arabia tries desperately to stop Iran’s Houthi rebels from gaining control of Yemen and the entrance to the Red Sea.

The prophecy about Egypt and Ethiopia unlocks Iran’s Red Sea strategy! We wrote over 20 years ago about Iran’s global ambitions. They have only intensified since that time. Iran will wield its power over the Red Sea—but only for a very short time.