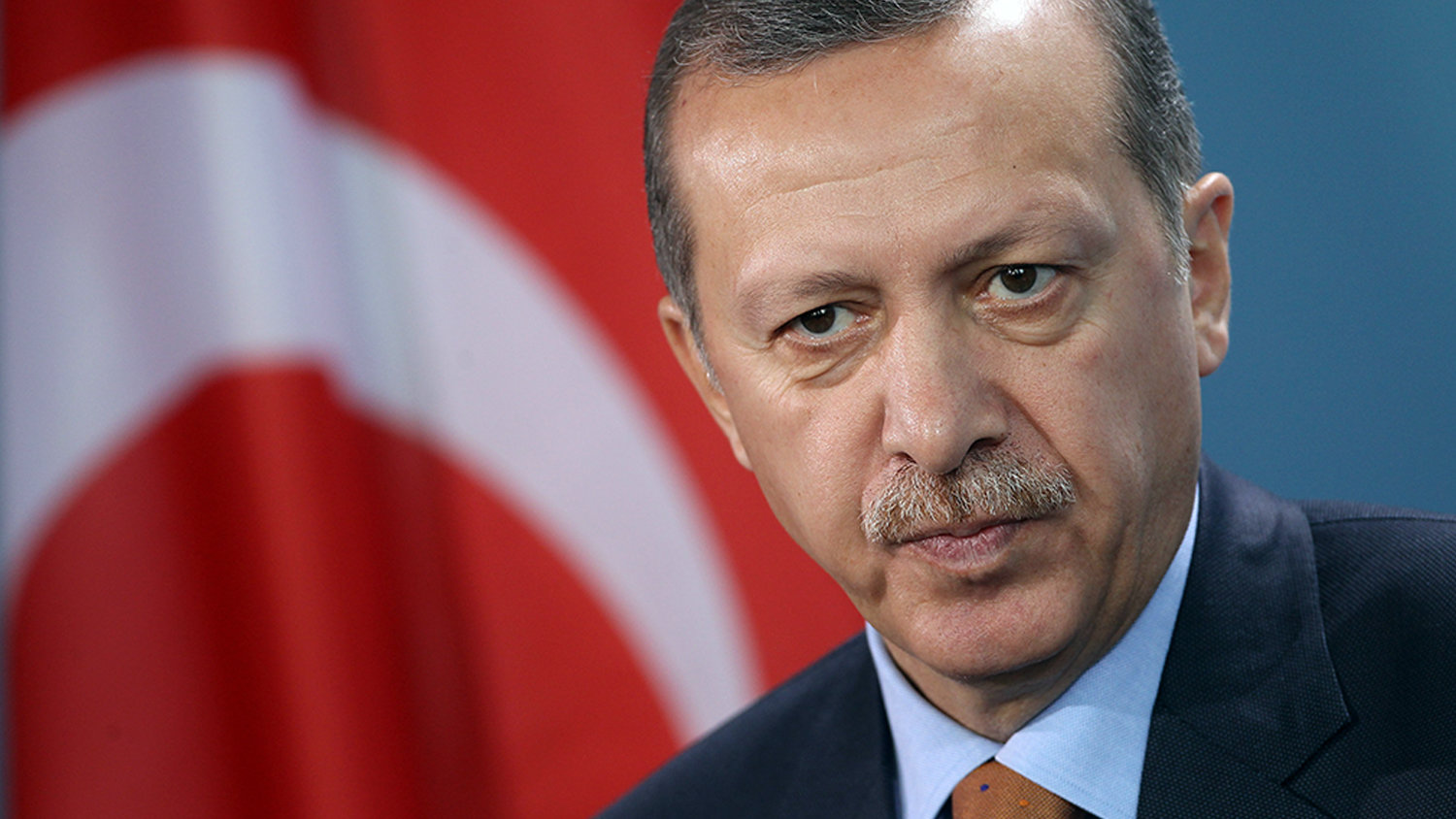 The Bible prophesies of a terrifying end-time betrayal of Israel (the Middle East nation, including the United States and British Commonwealth) by the nation of Turkey. Let’s examine this prophecy, look at where this animosity between Israel and Turkey started, and see how it will finish.

When the Muslims move to sack Jerusalem, it will provoke a united European bloc of nations to intervene. This bloc will set up armies around Jerusalem—appearing like a “peacekeeping force”—but quickly transforming into a deadly war machine (as we covered in Daniel 11:41, 45; Jeremiah 1:15, etc.). It won’t be just Arabs or Muslims who suffer at their hands; this European power will turn its full force on the nations of Israel—including America and Britain. This horrifying double cross is discussed in Ezekiel 23. Many Israelis, especially in the Jerusalem area, will be trapped!

The Prophet Obadiah recorded an extraordinary end-time prophecy about “Edom,” whose modern descendants are the Turks. It shows how Turkey, possessing an escape route via land—for example, the Cilician Gates mountain pass—will actually betray its Israelite brothers who are trying to flee, delivering them into the hands of their conquerors.

Obadiah’s prophecy is for the future. It is an end-time prophecy. It hasn’t yet been fulfilled (for example, see Obadiah 1:15—this is centered around the end-time Day of the Lord; also verse 21—the kingdom is not yet God’s!). As such, we need to carefully examine the details of this prophecy to know how it applies to our peoples.

Let’s step back and look at the very beginning of Turkey’s relationship with Israel.

The rivalry between patriarch Isaac’s twin boys Jacob and Esau is one of the Bible’s most intriguing dramas. Even before their birth, God prophesied of them to Rebekah: “Two nations are in thy womb, and two manner of people shall be separated from thy bowels; and the one people shall be stronger than the other people; and the elder shall serve the younger” (Genesis 25:23).

Bible history then shows how younger brother Jacob swindled Esau out of his birthright and his blessing. “And Esau hated Jacob because of the blessing wherewith his father blessed him: and Esau said in his heart, The days of mourning for my father are at hand; then will I slay my brother Jacob” (Genesis 27:41).

As remarkable as it may sound, just as God told Rebekah, whole nations descended from these brothers, and the bitter grudge of the elder remains to this day—and will play out crucially in end-time events.

Jacob fathered the 12 tribes of the ancient nation Israel, which Herbert W. Armstrong proved to be (among other nations) modern-day Britain, America and Israel (request our free book The United States and Britain in Prophecy). Likewise, Esau’s descendants comprise the nation of Turkey today.

Obadiah is an end-time book of prophecy about the nation of Turkey. “And thy mighty men, O Teman, shall be dismayed, to the end that every one of the mount of Esau may be cut off by slaughter” (Obadiah 9). Teman was the grandson of Esau (Genesis 36:1-11). Obadiah refers to him as “O Teman.” It is from their ancestor Teman that the Turks came to be called Ottoman. The Ottoman Turks ruled the Middle East for about 400 years. That rule ended just before World War II.

“Thus saith the Lord God concerning Edom [or Esau—the names are used interchangeably—see Genesis 36:8]; … I have made thee small among the heathen: thou art greatly despised.” These words, found in the book of Obadiah (verses 1-2), describe modern Turkey. Interestingly, political analysts point out that Turkey does not have a single neighbor with whom it is on consistently good terms. It is truly an anomaly on the geopolitical scene, both between its European and Middle Eastern neighbors.

In European and Middle East affairs, Turkey has long occupied a unique position. Geographically, it is where East meets West, literally forming the mountainous bridge between the two prophetically important regions. Politically, it has sought to align itself with Europe for decades, yet it has strong economic and cultural ties with the Arab nations.

Turkey has, for decades now, been trying to enter into the European Union. While the nation is almost entirely Islamic, its interests lie in cozying up to the European community. However, the EU has consistently shunned its petitions. The EU is not ready to accept around 70 million Muslims in one fell swoop.

And Turkey’s anti-Israel hatred is still alive. It was manifested particularly in World War I, with the Ottoman Turks allying with Germany against the British Commonwealth and its allies. During World War II, the Turks remained mostly neutral; however, they did continue to sell supplies to Germany before cutting off relations in 1944 and declaring war on the Axis powers in 1945. No Turks saw combat in the war.

“For the outrage to your brother Jacob (modern-day Israel), disgrace shall engulf you, and you shall perish forever. On that day when you stood aloof, when aliens [the king of the north] carried off his [Jacob’s] goods, when foreigners entered his gates, and cast lots for Jerusalem, you were as one of them” (Obadiah 10-11; JPS translation).

What a travesty—that the ancient brother of Jacob would watch as this plundering happens! “You were as one of them—as one of the attacking nations—of course! Because Turkey is a part of the Psalm 83 alliance, thus linked to the king of the north!

Turkey controls the “passes” into Eastern Europe. It is apparent that Turkey will offer Israel safe passage through them. Yet, in brutal betrayal, the Turks will be lying in wait to cut down the fleeing refugees! The fact that those escapees look to Turkey to flee strongly indicates that Turkey’s alliances with Israel will remain, at least in name. And ties with Turkey have very much been warming recently, between Israeli Prime Minister Benjamin Netanyahu and Turkish President Recep Tayyip Erdoğan. The United States also, especially, has a sizeable military repository stationed in Turkey, and is on relatively warm terms with Turkey. Modern-day Israel will not be expecting such a savage double cross.

While official relations are somewhat “warm” with Turkey politically at the moment, the coming betrayal also shows us that we can expect still more friction and anti-Semitism to develop within Turkish sentiment. Anti-Americanism and anti-Semitism is rampant and growing within Turkish media and among the Turkish people—a fact that the U.S., desperate to retain Turkey’s help, is willing to overlook.

The prophecies in Obadiah and Psalm 83 show us that for Turkey, relations with Europe will continue to trump all other foreign-policy considerations. The butchering of brother Jacob will be a final extreme show of allegiance to the king of the north.

Could these prophecies really be referring to anyone else? What other Muslim nation has had such a continually strong desire to side with Europe? What other Middle Eastern nation has flip-flopped like this in support of the Israelite peoples? And what other Middle Eastern nation is controlling such significant mountain passes, for that matter? We have clearly seen Turkey turn into a massive choke point for fleeing refugees from Syria. The same will be true in the near future for those fleeing Israel. It paints a very clear picture.

As stated above, these prophecies have not yet been fulfilled. Yet God’s Word is sure. The near future will continue to show these puzzle pieces locking together.

Finally, as Obadiah’s prophecy reveals, Turkey’s willingness to do anything to serve its ambition toward Europe—including betrayal—will lead to its utter ruin. God is furious with the nation for it’s cold-blooded betrayal of a brother. Justice will be brought on Turkey at the coming of the Messiah, with His band of faithful followers (Obadiah 21):

And saviours shall come up on Mount Zion to judge the mount of Esau; and the kingdom shall be the Lord’s.