One biblical verse holds the key to solving America’s deadly division. We must know what it actually says!
By Gerald Flurry • September 12, 2017 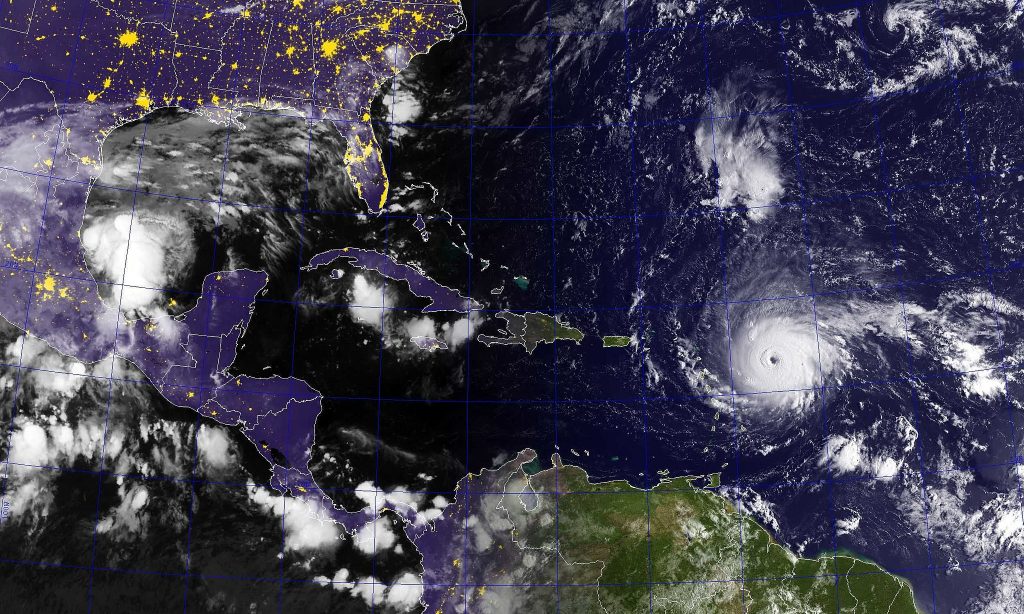 United States Vice President Mike Pence has twice misquoted a vital verse in recent months. The way he said it sounded nice, but he left out the most important part—the part that actually shows how to heal the country’s deadly division!

Moses commanded us to live by every word of God (Deuteronomy 8:3)—not by shortened versions of biblical verses. Here is the verse misquoted by Mr. Pence: “If my people, which are called by my name, shall humble themselves, and pray, and seek my face, and turn from their wicked ways; then will I hear from heaven, and will forgive their sin, and will heal their land” (2 Chronicles 7:14). He left out the parts about repentance!

America desperately needs healing. In an August 25 article for Newsmax.com titled “There Will Be No Winners in the Second Civil War,” Michael Laitman wrote (emphasis mine throughout):

Earlier this week, cnn news anchor Don Lemon stated that the president “is clearly trying to ignite a civil war in this country.” In response to Lemon’s words, historian and former house speaker Newt Gingrich said in an interview on Tucker Carlson Tonight: “I think we should take the threat of civil war very seriously.”

[M]any people see war not only as imminent, but as virtually inevitable. If that’s the case, we’d better get busy digging ourselves bunkers … and graves.

And not just in the U.S. A civil war in America will not end in America. If the country plunges into battle, many will be vying for the loot. China, Russia, North Korea, Iran and others will destroy whatever the war doesn’t, the American empire will become history, and a third world war, with multiple nuclear powers, will follow.

We have been warning of World War III for over 80 years! That is in your Bible. Prominent news commentators are finally catching up.

“Any decision that [President Donald] Trump’s administration and Congress make from here on should first and foremost promote unity and solidarity because this is truly the only realistic option,” Laitman concluded. Time is running out!

The book of Chronicles is for three end-time nations of Israel primarily: America, Britain and the Jewish state. The first two received the birthright promises of unmatched national abundance; the last one received the scepter promise of a kingly line destined to endure until the Messiah’s coming. (Request Mr. Armstrong’s free book The United States and Britain in Prophecy to learn more.) The warning in Chronicles is for our day!

Ancient Israel suffered from horrible national division. They found a way to reunite, but they didn’t do it by following a misquoted scripture. They did it by following every word of the prophecy in 2 Chronicles 7:14. Here it is again: “If my people, which are called by my name, shall humble themselves, and pray, and seek my face, and turn from their wicked ways; then will I hear from heaven, and will forgive their sin, and will heal their land.”

The wonderful, loving God tells us exactly how to avoid suffering. Continuing in our ways and rejecting His Word won’t do the trick.

The Jewish Bible concludes with the book of Chronicles. This message is filled with hope. It is not just history, but prophecy too. God makes an unbreakable promise in this book: If we turn from our sins, He will heal us! This applies to the dangerous present as well as the glorious future!

God healed ancient Israel. “Then all Israel gathered themselves to David unto Hebron, saying, Behold, we are thy bone and thy flesh” (1 Chronicles 11:1). The nation had learned its lesson from the ungodly leadership of King Saul. David was anointed king but couldn’t ascend the throne for another 17 years because Saul was chasing him everywhere, trying to kill him!

God blessed Israel with a new king, a man after God’s own heart. David strove to fulfill every tiny detail of God’s will! He thought like God and lived by His every word!

“So David waxed greater and greater: for the Lord of hosts was with him” (1 Chronicles 11:9). With God on our side, we can solve any problem!

Hurricane Harvey has wrecked the Houston area. Hurricane Irma just ripped through Florida. When you see horrific crises like these, do you really think that God is blessing America?

Maggie Astor wrote for the New York Times on August 28:

[Harvey] is one of the largest disasters America has ever faced. Emergency dispatchers were overwhelmed. Tens of thousands of people spent the weekend in shelters. …

What set Harvey apart was its rain. Once the storm made landfall, it essentially stalled, turning roads in Houston and elsewhere into raging rivers. …

“This event is unprecedented, and all impacts are unknown and beyond anything experienced,” the National Weather Service tweeted Sunday morning.

Houston was deluged by a year’s worth of rain in just three or four days. Fifty inches of rain—roughly 9 trillion gallons of water—has caused nearly $200 billion in damages. How will our debt-ridden government pay the bill?

Could God have a part in these hurricanes? Is He trying to wake up our sinful people?

National curses are followed by captivity, both historically and presently. “And them that had escaped from the sword carried he away to Babylon; where they were servants to him and his sons until the reign of the kingdom of Persia” (2 Chronicles 36:20). The ancient kingdom of Judah refused to turn from its wicked ways. Babylon took it captive in 585 b.c.

“To fulfil the word of the Lord by the mouth of Jeremiah …” (verse 21). God sent a prophet to warn the Jews of their coming captivity. Jeremiah told them how to be healed, but they wouldn’t listen.

But the book of Jeremiah is specifically addressed to Israel (America and Britain)—not the Jews. Jeremiah never delivered his message to ancient Israel. His warning is for our nations today!

Chronicles centers around David’s throne culminating in coming of the Messiah. Ezra, who wrote the book, is trying to get us to focus on Jerusalem—the future headquarters of the Earth and the universe! Look to the future!

After being freed from slavery, the Jews returned to Jerusalem, constructed the second temple, and built a wall around the city. God healed their land and allowed them to raise the ruins—a type of God’s Work today and of the healing that will soon spread across the planet and throughout the entire universe! To understand how this future fits in with events today, please read my free book Jerusalem in Prophecy.