The mullahs are quietly extending their reach from the deserts of Iran to the heart of Europe.
By Callum Wood • May 31, 2018 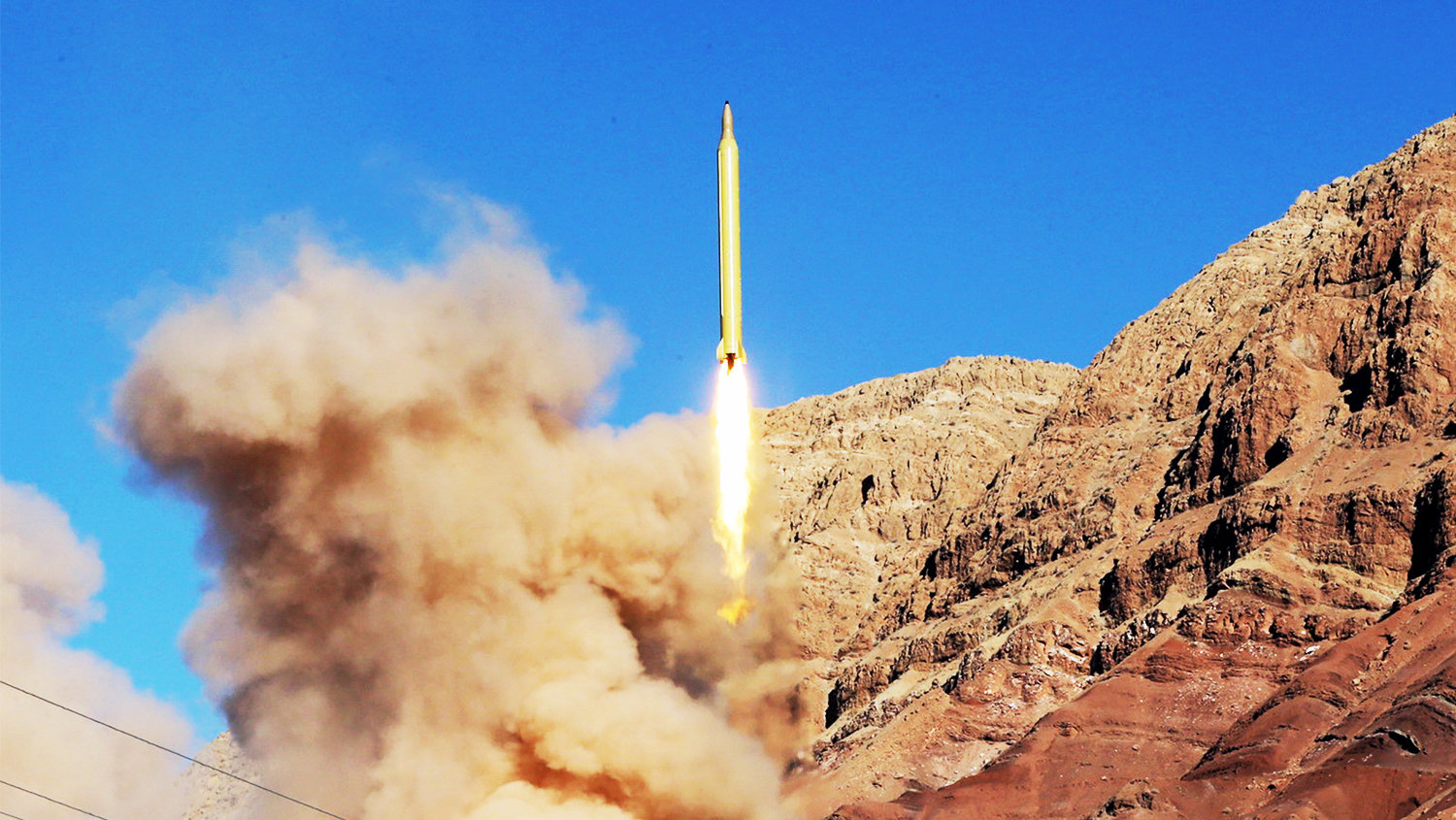 Many in the West were no doubt relieved. The range of Iran’s missiles was beginning to reach most of the Western world.

But more than six years later, researchers have made some startling finds. Moghaddam didn’t have one facility—he had two.

The discovery was made by California-based weapons researchers at the Middlebury Institute of International Studies. Iran released a deluge of photos and videos of the scientist-turned-martyr Moghaddam. The institute sifted through the findings. The researchers were expecting to see historic records of a dormant program. What they found were references to a place called “Shahrud.” They were about to discover that the long-range-missile program was very much alive.

The investigation led to a desert facility that test-fired a lone missile back in 2013. But there were some curious findings. After reviewing historic satellite images, the investigators noted changes in the facility. For one, the number of buildings had increased over the years. Surprisingly, many were painted the exact same aquamarine color as those found at Moghaddam’s destroyed facility. But the two facilities were hundreds of miles apart.

Satellite footage showed other interesting findings. Ground scars—or burn marks—from missile tests could be seen. One popped up in 2016; another, the year after. Some thought the facility could be a medium-range test site. But the clues suggest otherwise.

The test stands that hold the rockets are big. According to the New York Times, the stands usually weigh four to six times the thrust of the engine being tested. “The researchers say Shahrud’s 2017 test used a stand estimated to be 370 tons, suggesting the engine powered between 62 and 93 tons of thrust—enough for an intercontinental ballistic missile. Two as-yet-unused test stands are even larger.”

The researchers found that a high degree of subterfuge was being utilized. Much of the work at the facility was happening under cover of darkness. Evidence also pointed to a significant subterranean structure beneath the site.

The Times reported that “five outside experts who independently reviewed the findings agreed that there was compelling evidence that Iran is developing long-range missile technology.”

Another clue that points to the military nature of the site is the lack of liquid fuels. The site has no tanks, trucks or fuel depots. Commercial rockets are generally powered by liquid fuel. Liquid-fueled rockets need to be fueled right before a launch. This makes them cumbersome for military use. Solid-fueled rockets have no such problem. They can be fueled and left dormant—ready to be fired at a moment’s notice.

Make no mistake, Iran’s long-range missile program did not die in the 2011 explosion.

The Trumpet watches Iran’s missile program with keen interest. Its race for nuclear weapons and its ability to “push” at the European continent play a key role in end-time events prophesied in the Bible.

Over the centuries, Europe has repelled and counterattacked radical Islam across the Mediterranean. But modern technology is shrinking that geographic no-man’s-land. We look to the Bible to see where this is heading. A prophecy in Daniel 11:40 describes one final clash between a European “king of the north” and a Middle Eastern “king of the south”: “And at the time of the end shall the king of the south push at him: and the king of the north shall come against him like a whirlwind, with chariots, and with horsemen, and with many ships; and he shall enter into the countries, and shall overflow and pass over.”

Iranian missiles can currently reach as far west as Lithuania, Poland, Slovakia, Hungary, Croatia, Bosnia and Herzegovina, and southern Italy. Unlike with U.S. bases, relocating these nations beyond Iran’s ballistic missile range is obviously not an option. If Iran extends its missile range beyond the 2,000-kilometer radius, the core nations of Europe would be left with no option but to react in such a way as to fulfill Bible prophecy in dramatic fashion.

Iran has been busy. Recent events suggest Iran is still developing the means to launch attacks as far away as Europe. That is a push. Your Bible indicates that the king of the north will not tolerate Iran’s rise forever. Watch Jerusalem editor in chief Gerald Flurry has written extensively on this in his free booklet The King of the South.