The Oldest Writing in Jerusalem

Two of the oldest pieces of writing found in Jerusalem leave their mark on the archaeological and biblical worlds.
By Rachael Grellet and Christopher Eames • May 3, 2019 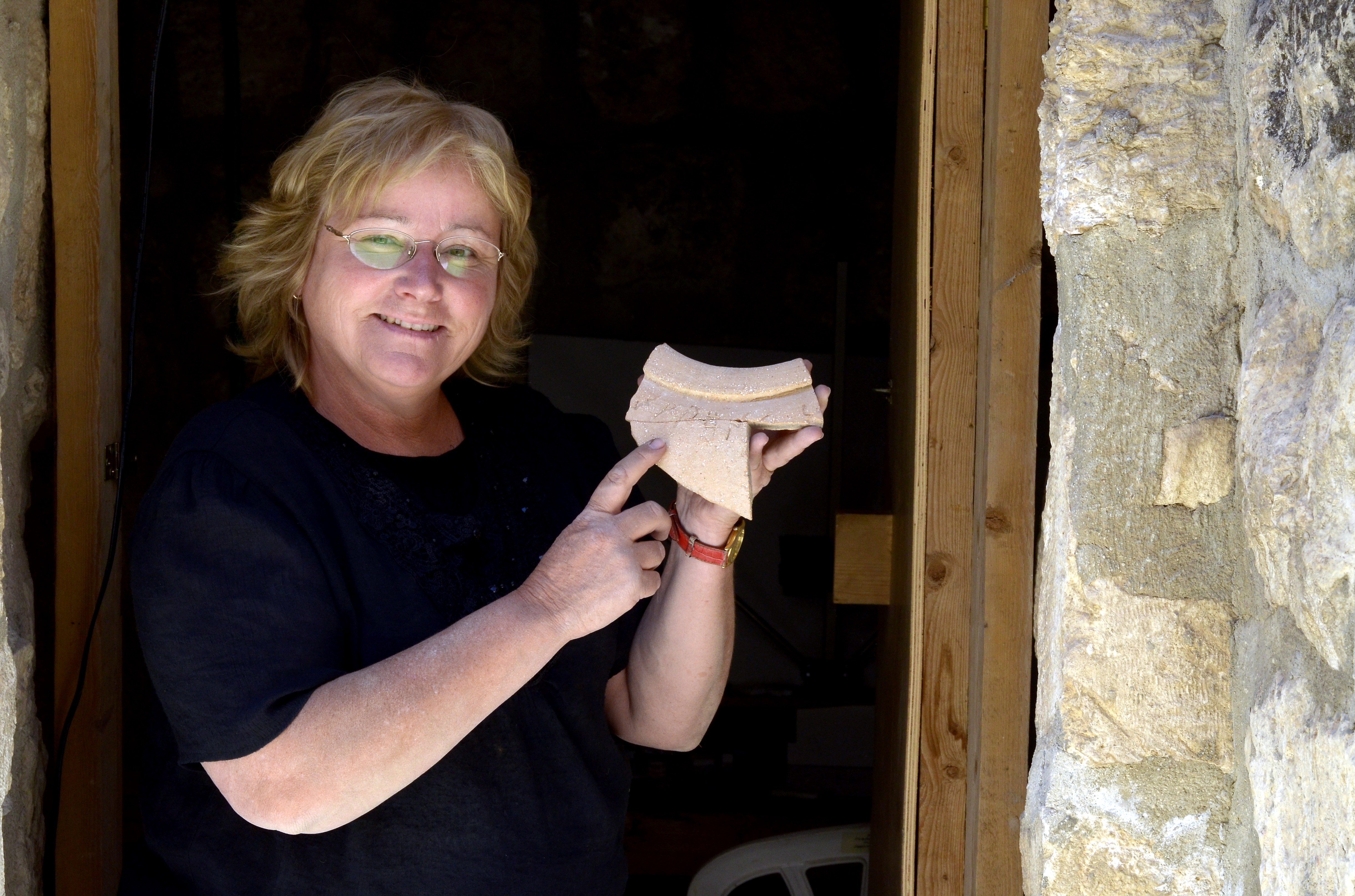 In the field of archeology, it is always the written texts that give the greatest insight into bygone eras. Ancient documents are the real gold. Dr. Eilat Mazar is Jerusalem’s chief archaeologist, and among her long list of significant finds are Jerusalem’s earliest-dated texts. Below is a description of these two significant artifacts.

This tiny fragment was extracted during the 2010 phase of Dr. Mazar’s Ophel excavations (just south of the Temple Mount), and was found while wet-sifting. Due to its small size, about the size of a thumb, the Akkadian cuneiform script is impossible to read with any context. Thus far, the words “you,” “you were,” “them,” “to do” and “later” have been deciphered on the fragment. Dating to the 14th century b.c.e., it is the oldest text ever discovered in Jerusalem.

According to Hebrew University Prof. Wayne Horowitz, the high quality of the writing “indicates that the person responsible for creating the tablet (made from local clay) was a first-class scribe.” Dr. Mazar believes the fragment likely came from a royal court. Horowitz agrees: “In those days, you would expect to find a first-class scribe only in a large, important place.”

The 14th century b.c.e. is right around the time the Israelites entered the Promised Land. Bible history reveals that Jerusalem was an important city prior to King David’s rule. It was captured by the Israelites soon after their arrival into Canaan, before being returned to the Jebusites during the period of the judges (Judges 1:8).

Archaeology shows that a major change came to the region of Canaan during the 14th century. The Canaanites, which had been under the powerful influence of Egypt, documented this transformative event in the Amarna Letters, a collection of Akkadian documents found in Amarna, Egypt.

These 14th century “letters”—or rather, clay tablets—contain desperate correspondence from leaders throughout Canaan to Egypt’s  pharaoh, asking urgently for help against the invading “Habiru” nomads that were suddenly taking over the land. The linguistic similarities between Habiru and Hebrew are tantalizingly—and the dating of the letters fits the  general time frame of the Israelites’ entry into the Promised Land. (These Habiru are also known as Hapiru or ‘Apiru.) The leader of Jerusalem made frequent contact with the pharaoh. Here is part of his correspondence:

This letter is just one of many attesting to the wholesale invasion and conquest of Canaan by the nomadic Habiru. The Bible states that Jerusalem was among the last cities to be taken during the initial settling of the land (Judges 1). The letter from the Canaanite ruler of Jerusalem attests to this: “All the rulers are lost … the [pharaoh] has no more lands!”

The Akkadian fragment found by Dr. Mazar and her team dates to the same period as the Amarna Letters. This tablet would likely have been an archival copy of this type of correspondence between the king of Jerusalem and the pharaoh. In a sense, it remains as a witness to this period of great upheaval. Even the burn marks on the tablet may well be the result of the tribe of Judah “set[ting] the city on fire” during the initial conquest of Jerusalem (Judges 1:8).

The discovery was characterized by Dr. Mazar as “one of the most important finds we’ve ever had”—at least to that point.

During Dr. Mazar’s 2012 excavation season, a remarkable inscription was found on the rim of a large ancient storage vessel (known as a “pithos”), dating to the 11th or 10th centuries b.c.e.—during or just before the period of King David. This inscription is the oldest alphabetical writing ever to be discovered in Jerusalem, and possibly in all Israel.

“The inscription was engraved near the edge of the jar before it was fired, and only a fragment of it has been found, along with fragments of six large jars of the same type,” according to Mazar’s press release. The release continued:

The fragments were used to stabilize the earth fill under the second floor of the building they were discovered in, which dates to the Early Iron IIA period (10th century b.c.e.). An analysis of the jars’ clay composition indicates that they are all of a similar make, and probably originate in the central hill country near Jerusalem.

Initially, the excavation team and epigraphic experts believed the language to be Proto-Canaanite, but further examination suggests the inscription is Hebrew. “Dated to the 10th century b.c.e., the artifact predates by 250 years the earliest known Hebrew inscription from Jerusalem, which is from the period of King Hezekiah at the end of the eighth century b.c.e.” (ibid).

Dr. Gershon Galil of Haifa University believes one of the words on the inscription refers to wine—meaning that the pithos was designated either to contain the beverage or at least the ingredients for producing it.

Twelve other large pithoi were also discovered within a nearby building—these dated to the seventh century b.c.e. (around the time period of King Manasseh). On one of these large storage jars was a depiction of a palm tree, and on another was a damaged Hebrew script, reconstructed as “belonging to the minister of the bak[ery].”

These pithoi were recovered from inside a large royal building, constructed originally during the reign of Solomon. This building is attached to the nearby Water Gate (so named due to its possible link to the Water Gate of Nehemiah 3:26). The theory is that the room containing these pithoi served as storage for the royal bakery.

These remarkable inscriptions help to confirm the Israelites’ long history in their capital city of Jerusalem, and directly support the authenticity of the biblical account.