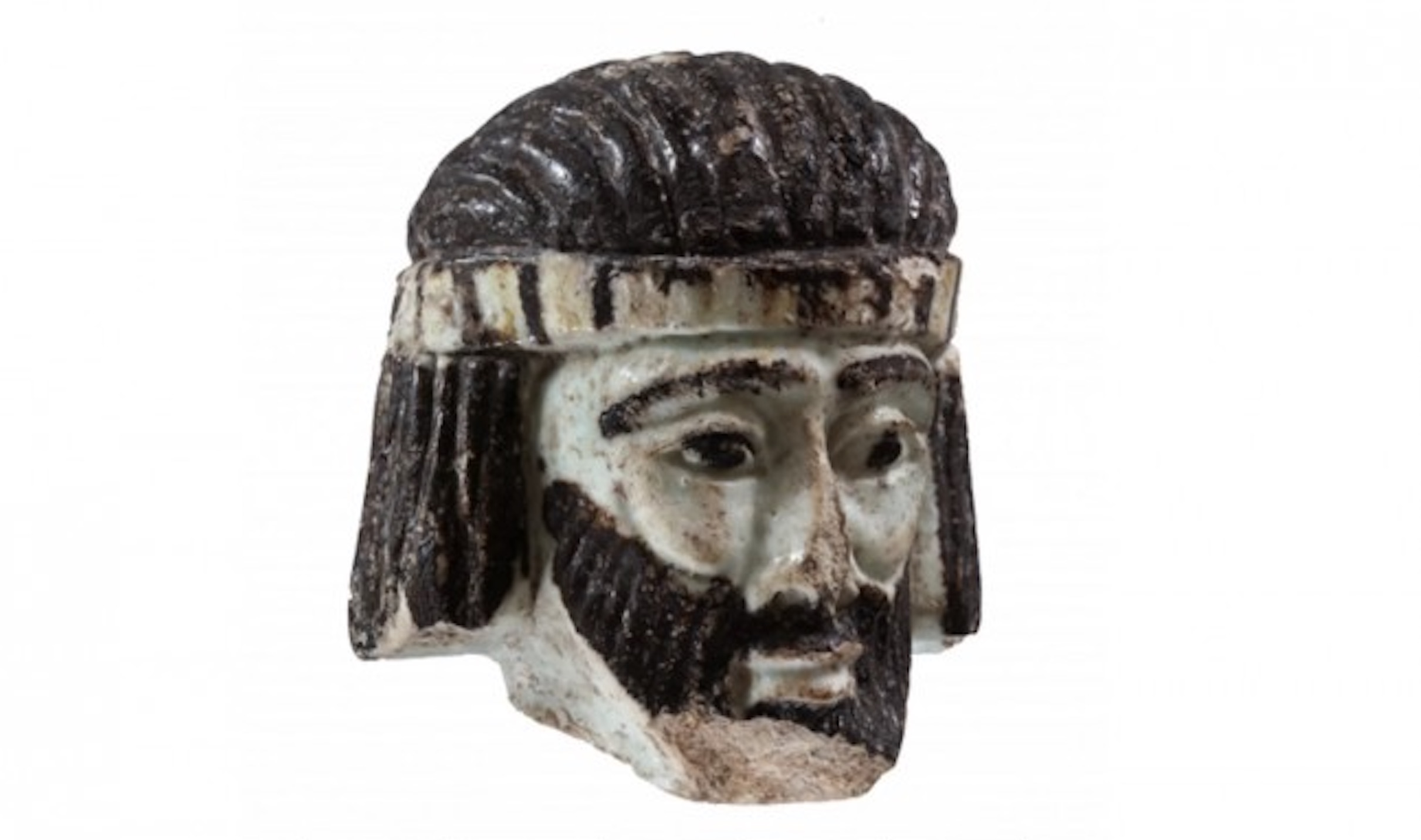 jerusalem
A small sculpture of a king’s head was discovered during 2017 excavations at the site of Abel Beth Maacah, a northern ancient Israelite city-site bordering Lebanon and Syria. The 5-centimeter (2-inch) head, made of faience (similar to glass), was discovered in a layer dated to the ninth century bce. The sculpted head is almost complete, only missing a small piece of the beard. It is not yet known if the head was part of a full-bodied sculpture. No sculpture of this type has ever been found before in Israel, and certainly not to this level of detailed craftsmanship.

Experts believe that this head depicts a king—the question is, which one? During the ninth century bce, there were major struggles between the northern kingdom of Israel and Syria. The Bible describes Abel Beth Maacah as an Israelite city during this early period (2 Samuel 20); however, the city was at least temporarily conquered by invading Syrians at the behest of the king of Judah (1 Kings 15:20, 2 Chronicles 16:4). Thus, there are a few theories as to whom this head represented—namely (according to the site excavator), Israelite kings Ahab or Jehu, Syrian kings Ben-Hadad or Hazael, or perhaps even the nearby Tyrian king Ethbaal (father of Jezebel).

The long hairdo, beard and skin color fits the classic Egyptian depiction of peoples from the Near East. And Assyrian artwork may help to more specifically identify which king this head belongs to. The Black Obelisk, a famous Assyrian victory stele belonging to King Shalmaneser iii, includes a depiction of an Israelite official bowing down before the Assyrian king, delivering tribute.

The accompanying inscription reads: “The tribute of Jehu, son of Omri: I received from him silver, gold ….” The kneeling man is believed to be a representation of this King Jehu. Could this be the same man depicted by the sculpted head? Both have identical beards and long, straight hair. Both are wearing a crown band on their heads. The only difference is that the figure on the Black Obelisk is also wearing a soft hat above his band. This is hardly a kingly piece, though, and may have just been worn as a sign of humility before the Assyrian king.

It is interesting to speculate on who this man was, and the links to Jehu are tantalizing. Whoever this figure is, it is the first time that we have found such a detailed, expressive sculpture of a ninth-century individual who would have lived and operated deep within the biblical history of the time. Archaeologists are preparing to return this month to the site where the head was found to resume digging. The figurine head is currently on display at the Israel Museum.

For more information on the biblically significant findings of the ninth century b.c., please read “Elisha: The Prophet, The Legend, The History.”