The ‘House of David’—Could It Be True?

1993 was a momentous year for archaeology as the Tel Dan Stele threw light on the biblical King David.
By Rachael Grellet • July 9, 2018 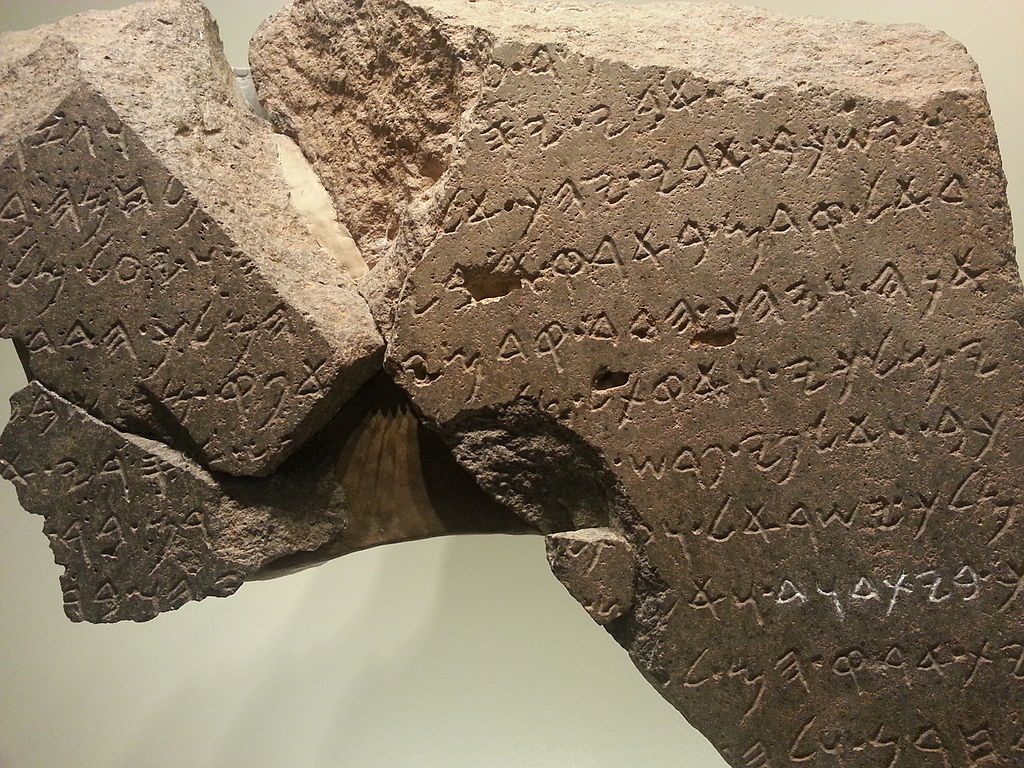 The Tel Dan Stele.
By יעל י (Own work)/CC

Some of the most significant archaeological finds are accidents. The Tel Dan Stele is no exception.

I turned toward him and thought to myself, “How do I say in proper Hebrew, ‘I’m going to make your day’?” I walked right up to him, looked him in the eye and all that would come out of my mouth was, “Come!”

An architect’s job on an excavation site is often painstakingly slow and laborious. His job is to draw all structures and installations unearthed during an excavation. Creating such detailed drawings takes time, in which excavation itself cannot always progress. Gila Cook, architect for Avraham Biran’s excavations at Tel Dan, found herself in this position one afternoon in 1993.

Biran was waiting to close up the site for the afternoon and Cook was trying to finish the section she had started. Gathering her equipment near a wall at the northern end of the site, Cook found herself looking twice at a stone for the hundredth time that day. But this one was different from the others. It had an inscription.

Recognizing Hebrew-like letters, she quickly brought Biran back to the site to show him. The two worked to remove the stone from its secondary use in the wall, measuring and documenting it with both drawings and photos.

The following days and weeks of examination revealed the inscription fragment was part of a victory stele from a king, written in Aramaic. The following year, continued excavations at Tel Dan turned up two more smaller fragments of the stele, known as fragment B1 and B2, which fit together neatly with the larger fragment. Conquering kings erected victory steles to boast of and list their achievements in battle—which were often exaggerated.

This stele shed light on the history of the city of Dan, showing Syrian conquest (when the stele was set up) followed by Israelite reclamation—when the stele was broken and used in rebuilding the city walls, an insult to the Syrian king. Most importantly, this stele became the first extra-biblical artifact found to reference King David’s lineage.

The stele is carved into dark basalt stone. Only kings had the funds to create such expensive monuments to their conquests. The fragments were dated to the late ninth century b.c.e. This stele has been attributed to King Hazael of Syria, who lived and reigned during this period and whose conquests match those listed on the stele. The history recorded on the stele also supports the biblical account in 2 Kings 8-9.

And I killed two [power]ful kin[gs], who harnessed two thou[sand cha]riots and two thousand horsemen. [I killed Jeho]ram son of [Ahab] king of Israel, and I killed [Ahaz]yahu son of [Joram kin]g of the house of David. …

The history isn’t disputed, but the reference to the house of David is. Bible detractors do not easily accept any artifact as authentic that bears the name of King David. They advanced many different translations for the stone, each of which was eventually refuted. House of David is the only translation that makes sense in the context and doesn’t require etymological gymnastics to make it fit. The lack of a space between “beit” (translated house) and David, was raised as an issue, but it is common when compared to many other authentic inscriptions of the period.

Some hailed the stone itself as a farce, a plant by Bible believers. The biblical account states that King Jehoram and King Ahazyahu (Azariah) were killed by the newly anointed King Jehu. Had this been a forgery to aid the Bible, surely its maker would have matched the biblical account. As it is, the victory stele follows the boastful lines of a conquering king, taking the glory and exaggerating his deeds. The fact that the two pieces of fragment B, which fit cleanly next to fragment A, were found separately, buried under layers of hard, packed sediment makes forgery unlikely, if not impossible.

After much examination and questioning, retranslating and re-questioning, the Tel Dan Stele was finally accepted as a genuine piece. Today it is one of three artifacts that reference King David, along with the Mesha Stele and a 10th-century Egyptian palace inscription. These three artifacts bring this biblical story, once believed to be a myth, into the light of scientific reality.