The Return of Ethiopia’s Navy 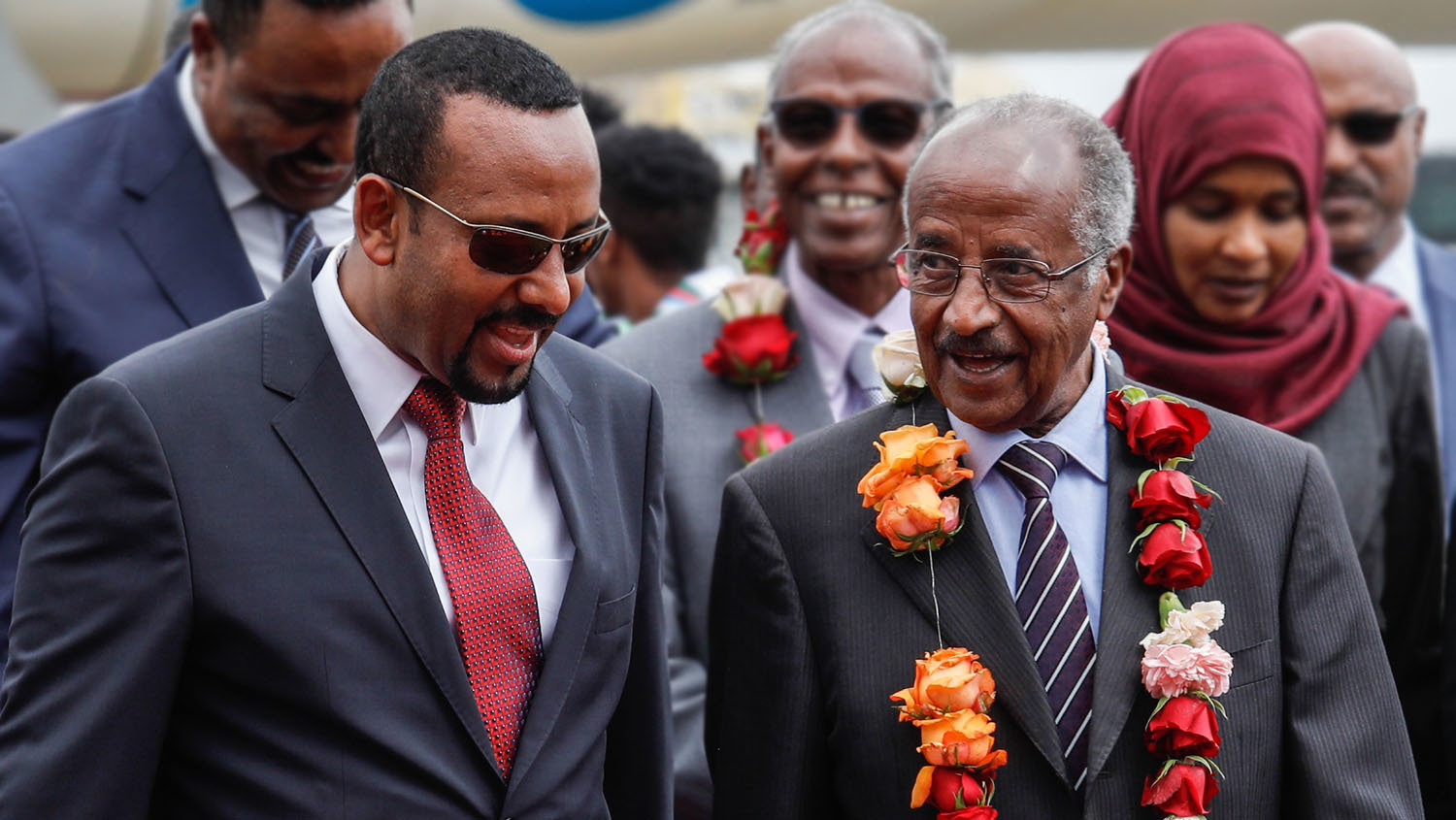 We have peace between Ethiopia and Eritrea. Leaders of both countries signed the Joint Declaration of Peace and Friendship on July 9. The signing took place in Eritrea on the second day of Ethiopian Prime Minister Abiy Ahmed’s state visit. A variety of peace initiatives and joint projects have come from the meetings. One in particular could have major geopolitical consequences.

Watch Jerusalem recently wrote about the dangers of a close relationship with Eritrea. But Abiy aims to “demolish the wall and, with love, build a bridge between the two countries.”

Despite this, there is some cause for celebration. For the first time in 20 years, telephone lines are open. Family members cut off for decades have been calling one another. Both Ethiopia and Eritrea will also reopen their embassies. This could signal a louder voice for diplomacy in the future of the relationship.

But we must look at one of the most pivotal aspects of warming relations. It is perhaps the least reported aspect: the Red Sea.

When Eritrea declared independence, it took with it the entire Ethiopian coastline, making Ethiopia land-locked and causing its navy to disband in 1991. But change is in the air—or rather, on the sea. The two nations are planning joint development of ports on Eritrea’s Red Sea coast.

On June 1, the Fana Broadcasting Corp. quoted Abiy saying, “Following the efforts made to build capacity of our national defense, we built one of the strongest ground and air forces in Africa. We should build our naval force capacity in the future.”

Establishing joint port facilities is a step toward making his dream a reality. And there is more.

In May, Ethiopia signed an agreement with Sudan for a stake in the nation’s largest Red Sea port. Two days prior, a similar agreement was signed for Djibouti’s main port. Before that, Ethiopia acquired a 19 percent stake in the Port of Berbera. This is south of the Red Sea in the breakaway Somali state of Somaliland.

This might seem innocuous, unless you understand Bible prophecy.

God had the Prophet Daniel record a prophecy about an alliance called “the king of the south.” Daniel himself didn’t understand it because “the words are closed up and sealed till the time of the end” (Daniel 12:9). They are for us today! That alliance is forming right now, and Ethiopia is a part of it. Read it for yourself in Daniel 11:40-43. Verse 43 in particular states Ethiopia will be “at his steps.” Soncino commentary defines “at his steps” as “either joining his army or placing themselves at his beck and call.”

But what does this have to do with Ethiopia’s navy?

Notice what Watch Jerusalem editor in chief Gerald Flurry writes in his booklet The King of the South:

The two nations of Libya and Ethiopia are mentioned in Daniel 11:43, along with Egypt. These two nations are the key that unlocks the strategy of radical Islam. That strategy is going to shake the U.S. and Europe to their foundations!

Watch Jerusalem identifies Iran as the head of this king of the south alliance.

But why would Iran want to control Ethiopia? And how would that shake the U.S. and Europe?

It comes down to geopolitics.

Ethiopia is building its presence in the Red Sea and the critical Bab el-Mandeb sealane. The narrow passageway squeezes past Eritrea, Yemen and Djibouti. It is the southern gateway to the Red Sea. As such, the lane carries immense geopolitical significance. On Oct. 25, 2016, Foreign Policy wrote, “If a coastal foe can menace shipping transiting [the Bab el-Mandeb] seaway, it would disrupt the shortest, most convenient sea route connecting Europe with South and East Asia. Doing so would carry significant economic and military repercussions.”

A nation like Ethiopia wouldn’t need much of a navy to wield such disruptive power.

Much of the Western world relies on open passage through the Red Sea to access Middle Eastern oil. Others, such as the United States, traverse the waterway with their navies. The Bab el-Mandeb is a gate the world uses. And the gatekeeper holds a lot of power.

Iran knows it. It has a taste for such power. Iran already controls the critical Persian Gulf and Strait of Hormuz. Iran is fueling the war in Yemen in hopes of gaining the third access route—the Bab el-Mandeb.

Iran has a plan to sabotage world trade. It wants total control of the most important sealanes in the world! And your Bible says it will get it!

Mr. Flurry writes in The King of the South:

Whoever heavily influences or controls Ethiopia will undoubtedly also control the small areas of Eritrea and Djibouti on the Red Sea coastline. These areas only recently became independent of Ethiopia. Also, I believe the Bible view is that these small areas are included as a part of Ethiopia.

Right now Ethiopia is helping develop port facilities in both of these nations! Ethiopia is talking of reviving its navy. This would give it major influence in and around the Bab el-Mandeb. And according to your Bible, that influence will soon become Iran’s influence.

Mr. Flurry continues, “The king of the south is going to push at the king of the north, probably from its trade route power. That push will be a dramatic act of war!” And Daniel 11:40 forecasts the outcome. “The Holy Roman Empire will respond with an all-out whirlwind attack—and Iran and radical Islam will fall immediately,” Mr. Flurry writes.

The end of radical Islam will be a good thing, but prophecy does not end there. The rise of the king of the south will be a spark that triggers global conflict. God calls this the Great Tribulation. God warns us to watch and pray that we might be found worthy to escape (Luke 21:36). We need to keep our eyes on Ethiopia. God says that it will soon undergo a major shift toward radicalism.

Keep this in mind. Any increase in Ethiopian influence over the Red Sea and Bab el-Mandeb will soon be Iran’s influence.