A tiny artifact with a big testament for biblical accuracy
July 17, 2018 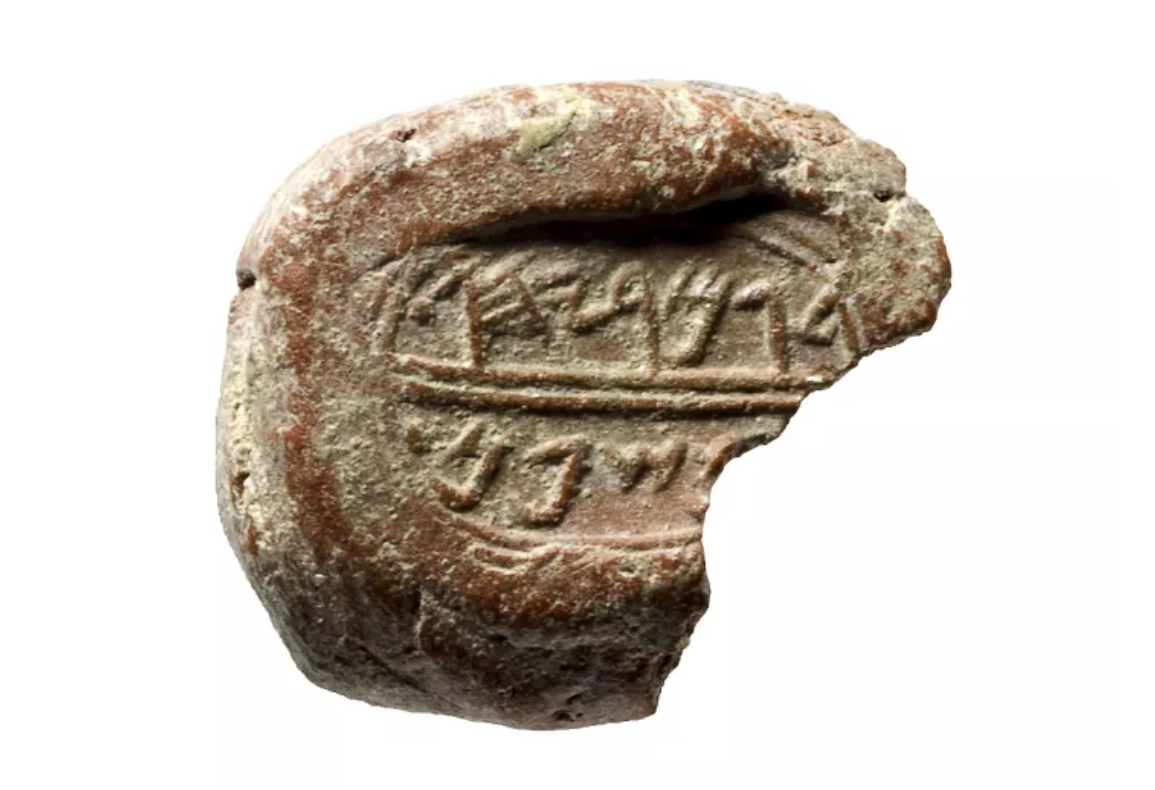 The history of Jerusalem is fraught with destruction and conquest. Conflagration destroys many artifacts, but in the case of clay bullae, it actually aids the preservation of history. Anciently, an official document or papyrus scroll was sealed using a clay disc in which the official would stamp his personal insignia or seal. These clay discs are known as bullae (singular: bulla). Measuring less than a centimeter in diameter, they are easily destroyed and broken. When fired in a destruction layer, however, the clay hardens, preserving it for thousands of years. Prof. Yigal Shilo found one of the largest bullae collections during his excavations in the City of David in Jerusalem.

Two bullae stand out from the horde of over 50 due to their biblical relevance. One of these is the bulla of Gemariah, son of Shaphan, a royal scribe.

Professor Shilo was the first to conduct extensive excavations under the Israeli government in the area known as the City of David. He conducted various phases throughout the area from 1978 to 1985. It is here that the oldest remains of the ancient city of Jerusalem have been discovered.

While excavating Area G, near the Stepped-Stone Structure, his crew uncovered three Iron Age ii structures: the Burnt Room, Ahiel’s House and the House of Bullae.

Though only a small part of the House of Bullae was uncovered beneath a thick burn layer, this structure gained its name from the horde of 53 bullae found strewn across the floor.

The findings in these buildings allowed archaeologists to determine this was the royal quarter. The sheer number of bullae pointed to it being the administrative center of the city, along with the fact that it contained the personal seals of a royal scribe and a member of the high priest’s family. Further pointing to these buildings being in a prestigious area was the excavation of a toilet seat in Ahiel’s House. This is a sign of great wealth as very few could afford such a luxury. The debris filling each building also adds color to the picture as it contained boxwood from Cyprus, northern Syria and southern Turkey. This points back to the building program of kings David and Solomon, who imported material from faraway places.

Because of the heavy destruction layer, the bullae were dated to the late seventh to early sixth century b.c.e., the time of Jeremiah the prophet, just before the Babylonian invasion.

Gemariah himself is mentioned in Jeremiah 36:10. He is recorded as one of the few who supported the work of Jeremiah the prophet in the court of King Jehoiakim. (For a complete history of Jeremiah read our article “Jeremiah: The True Story of the ‘Weeping Prophet.’”)

Not only has this scribe been undisputedly uncovered in archaeological record, the fact that his bulla was found along with the son of the high priest of the same period adds significant weight to the biblical account. As archaeologist Dr. Eilat Mazar wrote, “The congruity of the biblical text with the names of these … officials appearing on bullae from the City of David is not only astounding but, more importantly, instructive on the great importance and accuracy of the biblical source.”

This bulla has helped the stones speak!

For more information about how the field of archaeology has verified the Bible’s accuracy, click on our Archaeology tab to read about more discoveries that are bringing the Bible to life.