A Tablet, a King and His Rations

How a tablet of an enslaved king’s rations sheds light on biblical accuracy
By Rachael Grellet • September 20, 2018 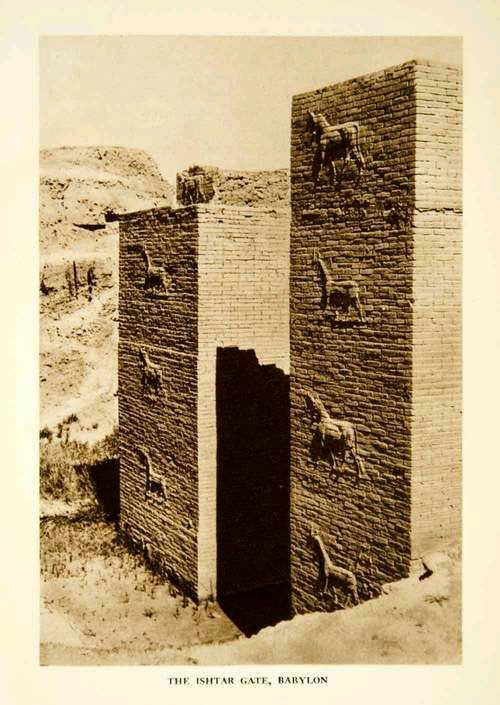 In excavations carried out in Babylon between 1899 and 1917, German archaeologist Robert Koldewey and his crew uncovered what are known as Jeconiah’s Rations Tablets. These tablets prove the existence and fate of this king, recorded in the biblical account.

When Babylon’s King Nebuchadnezzar went through the kingdom of Judah in 598 b.c.e., he sought to stamp out the Jews’ rebellion.

Jeconiah had reigned for only three months when Nebuchadnezzar’s soldiers besieged Jerusalem. They deposed the evil king and took him along with 10,000 captives back to Babylon, leaving behind only the “poorest sort of the people of the land” (2 Kings 24:14). Jeconiah was imprisoned in the palace of Babylon, receiving only basic rations.

In 562 b.c.e., nearly 25 years after the fall of Judah to Babylon, Nebuchadnezzar died. His son and successor, Evil-merodach or Amel-Marduk, “lifted up the head of Jehoiachin king of Judah out of prison” (2 Kings 25:27).

Not only did the Babylonian king free him, he raised Jeconiah’s status to be above the kings who were with him in Babylon and appointed a daily ration to be given to him for the rest of his life (verses 28-30).

Evil-merodach is referenced on various artifacts, including a building’s dedication inscription (known as the brick inscription B1), multiple vases from Babylon and Susa, and a paving stone. He is said to have reigned for only one year somewhere between 562 and 560 b.c.e.

The tablets Koldewey found in Babylon are administrative lists of food and oil rations delivered to prominent people. These tablets date to the middle-to-late years of King Nebuchadnezzar’s reign, some correlating right to the end of his life. Jeconiah is referred to on four separate tablets, which are today housed in Berlin.

The following is a translation of one of the tablets.

The above text reveals two interesting facts. Jeconiah (Jehoiachin) is named with his former title, king of Judah (in Hebrew, it is pronounced as Yehudah). The use of his title, the king of Judah, shows that although in a foreign country, Jeconiah retained his royal standing. This matches the biblical description of Evil-merodach giving Jeconiah prominence above the other kings in Babylon.

The second interesting fact this tablet shows is just how high a standing he and his sons were given.

Duncan J. Melville, professor of mathematics at St. Lawrence University–New York, states that one sila equals roughly one U.S. liter. Each of the sons of the king and the eight men from Judah all received roughly half a sila of oil (half a liter), whereas Jeconiah alone received a full 10 sila, or 10 liters. This was a substantial amount for this time.

These ration lists corroborate the biblical account of Jeconiah’s freedom from prison and establishment as a prominent figure. The account in 2 Kings states that Jeconiah was given a daily ration, royal garments and higher standing among the leaders.