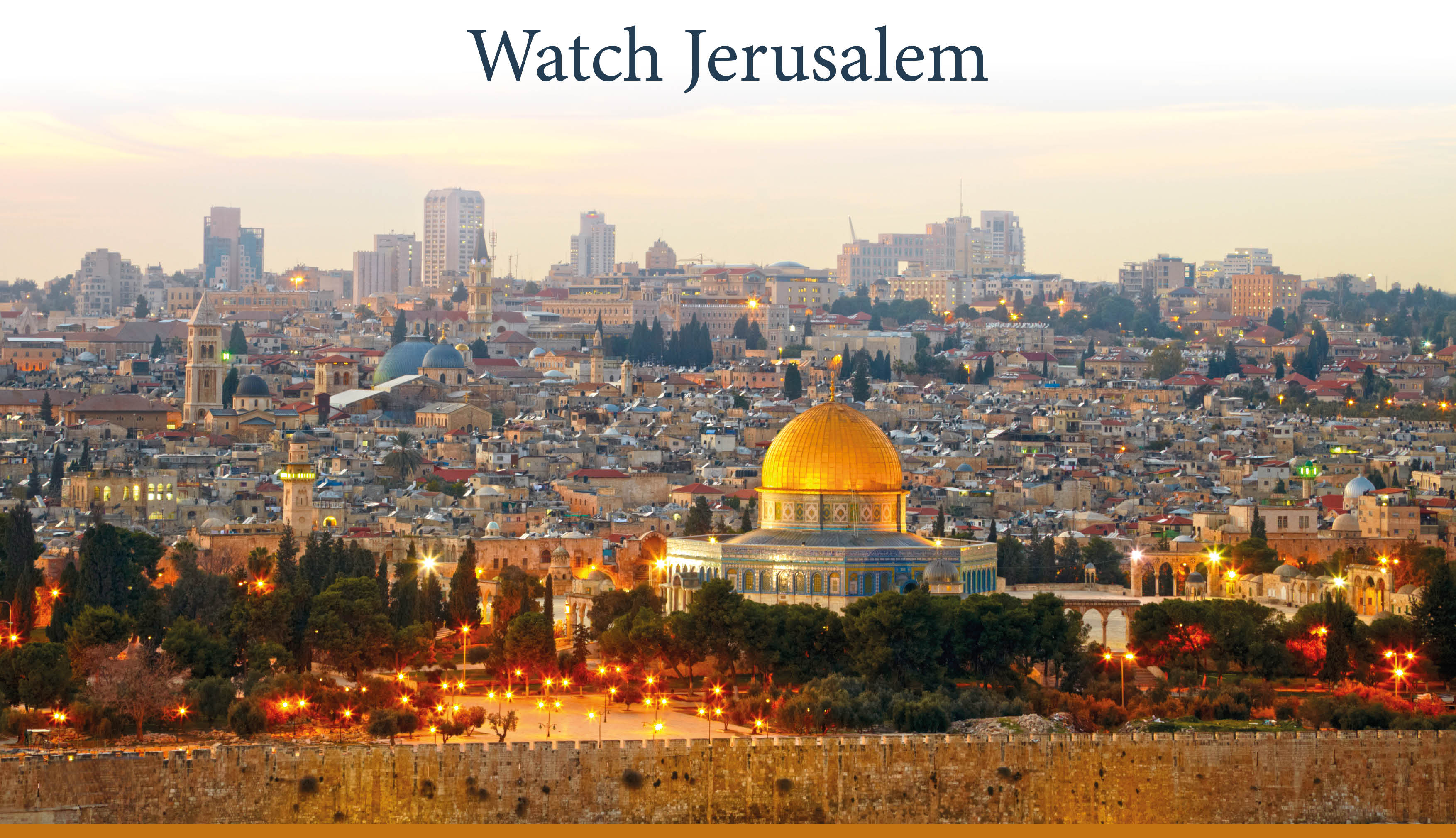 Based in Jerusalem, Israel, Watch Jerusalem provides on the ground reporting and analysis of geopolitical, economic, social and religious events and trends specific to Israel and the wider Middle East. In addition to news reporting, Watch Jerusalem keeps readers up-to-date with archaeological excavations taking place in Israel and the wider Middle East, as well as publishing articles highlighting Israel’s biblical history.

The staff of Watch Jerusalem are directly associated with archaeological excavations in Jerusalem. You can visit keytodavidscity.com to learn about previous excavations and to stay up-to-date with our participation in future excavations.

Watch Jerusalem uses a single overarching criterion that sets it apart from other news sources and keeps us focused on what truly is important. That criterion is prophetic significance. Watch Jerusalem seeks to show how current events are fulfilling the biblically prophesied description of our modern age, just before the coming of the Messiah. Watch Jerusalemis unique among news websites; we deliver tomorrow’s news today.

All literature offered by Watch Jerusalem is free of charge, with no obligation. We follow the instruction laid out in Proverbs 23:23 which says: “Buy the truth, and sell it not …” We consider it a privilege and our responsibility to disseminate freely the truth of God’s Word to the largest audience possible.

Gerald Flurry: To learn more about the founder and editor-in-chief of Watch Jerusalem, click here.

Stephen Flurry: Stephen is the executive editor of the Philadelphia Trumpet newsmagazine and Watch Jerusalem, and is president of Herbert W. Armstrong College. Stephen hosts the Trumpet Daily Radio Show and podcast, covering on his program a wide array of prophetically significant world events.

Stephen first visited Jerusalem in 2004, and has returned more than twenty times. He and his family lived in Jerusalem during the summer 2008 excavation, and during the summer-winter 2012 excavation. Stephen continues to visit Jerusalem regularly, and supports his father in directing our efforts in Israel. He currently lives in Edstone, England, with his wife and two children.

Brad Macdonald: Brad is the managing editor of Watch Jerusalem and supports Stephen and Gerald Flurry in managing our efforts in Israel. Brad first traveled to Jerusalem in 2011 and has returned many times. He supervised the design and creation of Watch Jerusalem, curated both the Seals of Jeremiah’s Captors Discovered and Seals of Isaiah and King Hezekiah Discovered exhibits, and writes regularly on news in Israel.

Brad is currently supporting Gerald Flurry as he researches and writes a biography on Dr. Eilat Mazar and her important archaeological work. Brad currently lives in Edstone, England, with his wife and three children.

Brent Nagtegaal: Brent is the assistant managing editor of Watch Jerusalem, the manager of our Jerusalem office, and our most experienced digger. Brent first visited Israel in 2006 as a student volunteering on Phase 2 of Dr. Mazar’s City of David dig. Since then, Brent has participated in all of Dr. Mazar’s excavations on the City of David and Ophel. Brent was Area Supervisor in 2008, 2012, and 2013.

Brent currently lives in Jerusalem with his wife and two young children. When he’s not digging or supporting Dr. Mazar at Hebrew University, Brent is researching and writing articles and hosting the Watch Jerusalem podcast.

Christopher Eames: Chris is our main archaeological writer at Watch Jerusalem. He first came to Israel in 2012 and worked as a volunteer on the Ophel excavations. He worked with Eilat Mazar processing finds for three months following that excavation. His native talents were noticed by Dr. Mazar, and he returned in 2013 to work as an Assistant Area Supervisor. In 2018, Chris became Area Supervisor on the excavation. He regularly travels back and forth from England to Israel.

Callum Wood: Callum has been writing about events in the Middle East for the past seven years. His understanding of the Middle East is partially informed by his experience living and working in Jerusalem for six months in 2012. He is one of our main news writers.

Warren Reinsch: Warren is the youngest member of the Watch Jerusalem team. He is a senior at Herbert W. Armstrong College. As part of the work/study program he helps maintain Watch Jerusalem and also acts as Brent’s assistant. He worked on his first excavation in 2018, inside the Ophel Cave, where dozens of coins from the Jewish Revolt were uncovered.