The Shin Bet’s bust of Hamas operatives in Hebron reveals a much deeper problem in the region.
By Warren Reinsch • September 11, 2018 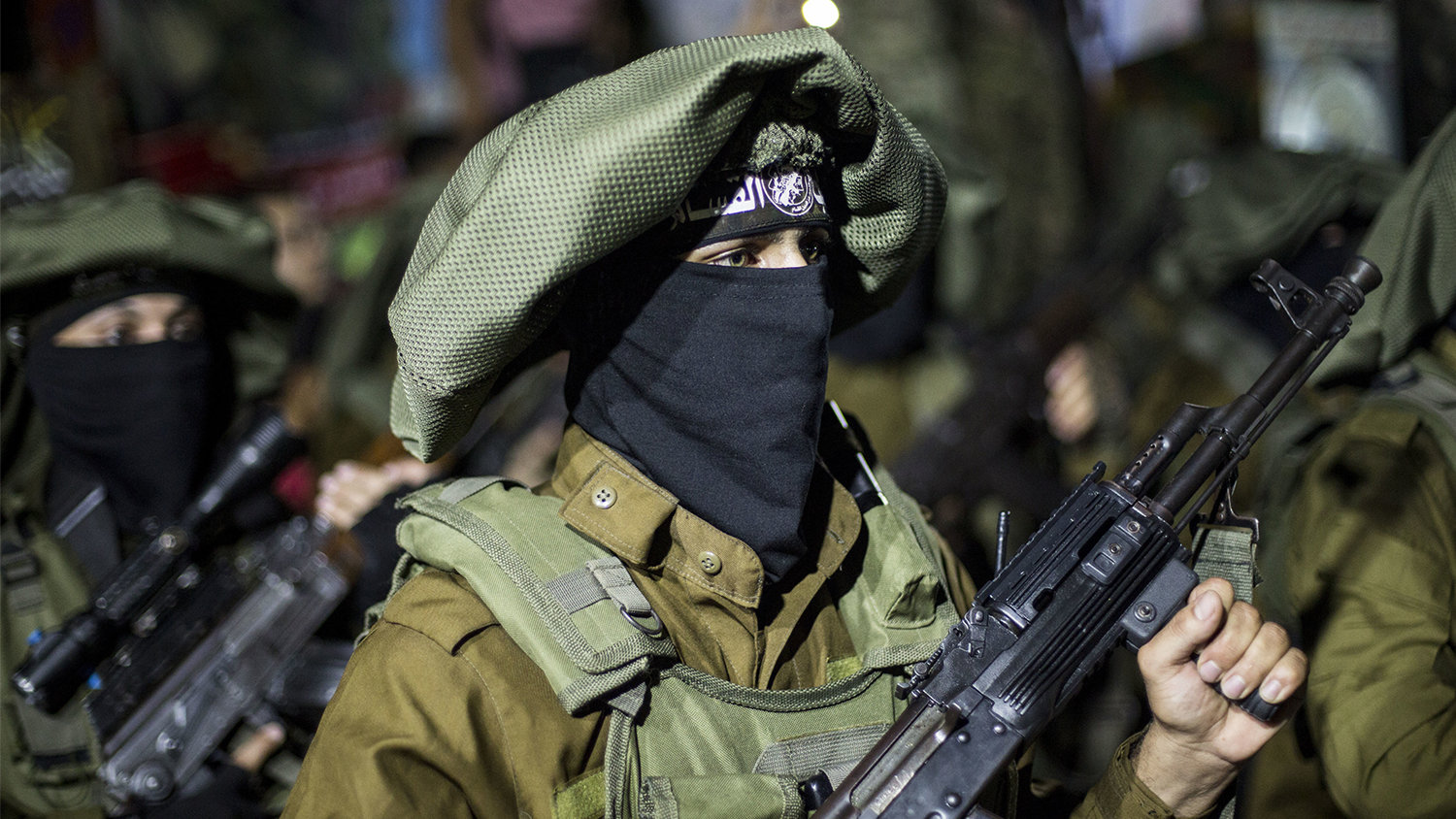 A Hamas serviceman seen with his weapon
Getty Images

Shin Bet, the Israeli security agency, announced on August 28 that it had raided a Hamas terrorist network operating in Hebron, arresting dozens of agents, including seven women.

The terrorist network sought to expand Hamas’s reach by mobilizing dozens of Hamas activists and forming new groups. It allegedly attempted to take control of the city’s municipalities and charity organizations in an attempt to establish a foothold for Hamas.

Arrested were Nizar Shehadeh and Faras Abu Sharah, both senior Hamas operatives who have been convicted of terrorist offenses, along with Dina Karmi, the head of the network. Her husband, Nashat Karmi, was a Hamas terrorist who killed four Israeli citizens in a 2010 attack.

The exposure of the infrastructure proves once again that the Hamas headquarters in the Gaza Strip and abroad are directing Hamas activities in Judea and Samaria, through of any means at their disposal, including through the use of women.

These elements are constantly working to inflame Hamas activity in the West Bank and to this end recruit emissaries traveling on the route between the West Bank and abroad for the purpose of transferring terrorist funds and messages to operatives in the field.

Throughout its history, Hebron has been one of the most violent cities in the world, experiencing one violent uprising after another. Both the Arabs and the Jews claim this city as their own. They see Hebron as a holy city because it is the burial place of the patriarch Abraham, whom both Islam and Judaism claim as a founding father.

In 2002, Martin Seiff wrote for United Press International: “On any given day, the sense of mutually reciprocated hatred between the Jewish and Palestinian Arab communities there is so intense you really do feel you could cut it with a knife—if you don’t get stabbed first. It crackles overhead, intangible but unavoidably real, like a diabolical form of high voltage electricity.”

Hebron is stuck in a vicious cycle. Extremists on both sides kill each other in violent attack after violent attack. This back and forth extremism has provided a distraction for Hamas operatives to establish a terrorist network in the city.

In 2005, Hamas won elections in the Gaza Strip. The leader of the rival party, Palestinian Authority President Mahmoud Abbas refused to leave, and the two Palestinian factions, Hamas and Fatah, erupted in violence. After two years of fighting, Hamas managed to grab control and expel Abbas from Gaza. In the 13 years since Hamas has gained control of the Gaza Strip, it has been engaged in three wars with Israel and has persistently fired rockets at Israeli civilians’ territory.

Hebron has been a hotbed for terrorist activity ever since the creation of the Jewish state in 1948. The Shin Bet bust is evidence that Hamas is trying to be active in the West Bank—and this isn’t the only time this fact has emerged. In June, Shin Bet uncovered another network of Hamas operatives in Nablus. Last year in January, the Israeli Defense Force arrested 13 Hamas operatives in the West Bank, one of whom was a member of the Palestinian parliament.

Israeli Prime Minister Benjamin Netanyahu stated: “Hamas is trying to harm us both from Gaza and from Judea and Samaria.” Hamas’s ultimate goal is to gain control over Jerusalem. Before it does that, it will have to gain strength in the West Bank, and, according to the Shin Bet, that is exactly what it is doing.

Shin Bet Director Nadav Argaman told Israeli lawmakers, “Hamas is trying with all its strength to carry out attacks in the West Bank and to disturb the stability of the Palestinian Authority.”

Mahmoud Abbas is well aware of Hamas’s plot, which is why he is working with Israel against Hamas. Abbas is getting older, and it is only a matter of time before he will no longer be in office. He can try to hold Hamas back for only so much longer. Infighting among the Palestinian Authority due to Abbas’s age and health will only increase Hamas’s chances of gaining in strength in the West Bank.

Zechariah 14 prophesies of a coming Arab takeover of East Jerusalem. A series of bleak events will follow, but it will all culminate with the coming of the Messiah. And when He comes, He will put down all rebellion and bring peace to Jerusalem.