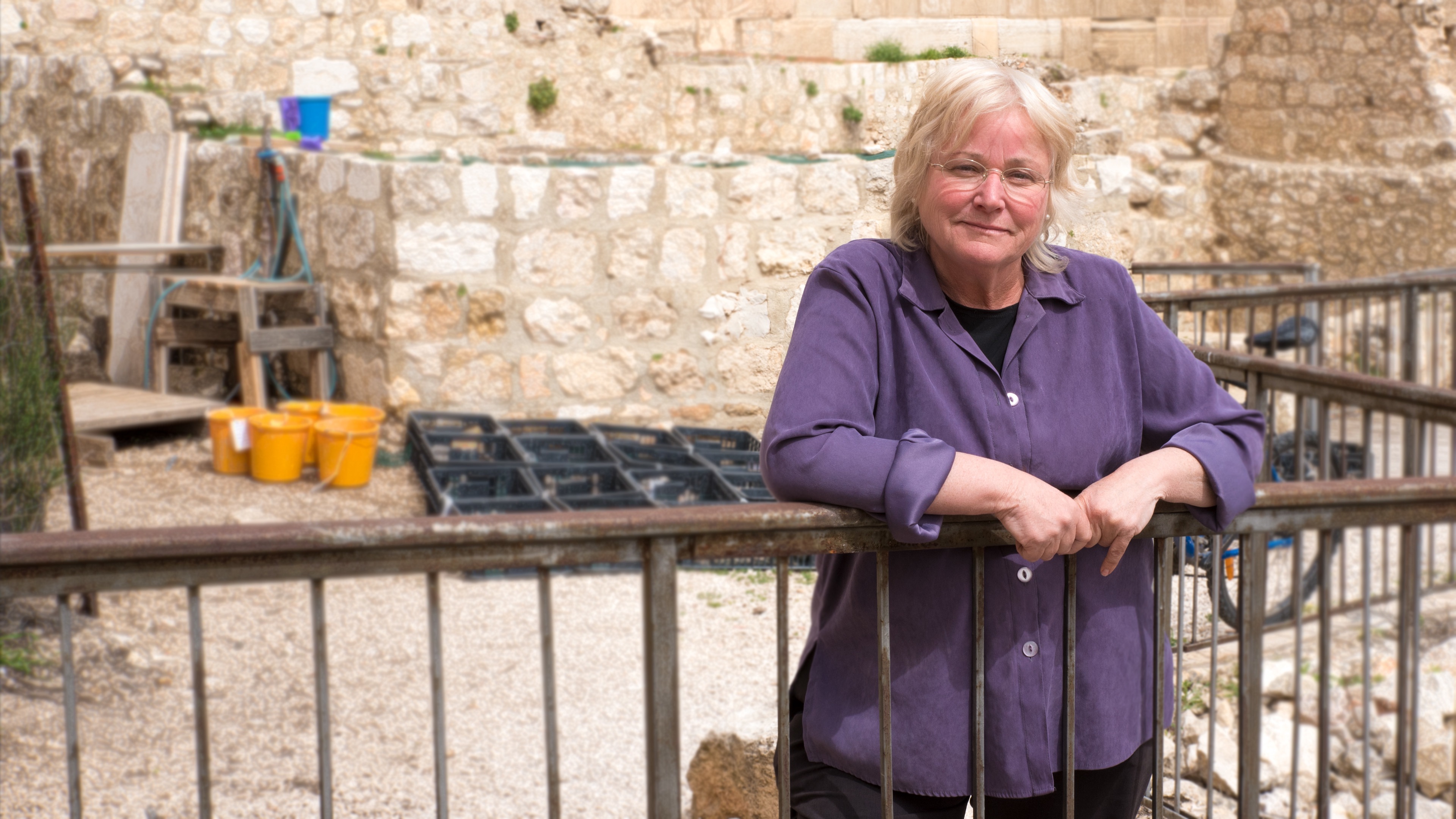 Dr. Eilat Mazar has been excavating Jerusalem for 50 years. As a small child, Eilat worked alongside her grandfather, the late Prof. Benjamin Mazar, on the Temple Mount excavations. Benjamin Mazar was a founding father of the modern Jewish state; he was central to the establishment of Hebrew University and the Israel Exploration Society, as well as numerous other intellectual and public institutions.

As a child, Dr. Mazar visited archaeological digs all over Israel. Together with her sister (Tali), young Eilat would serve tea and coffee at her grandfather’s weekly living-room gatherings of Israel’s most important figures. When Eilat finished her mandated stint in the army, she literally ran to the admissions office at Hebrew University. She studied archaeology and history of the Jewish people.

In 1981, after attaining her bachelor’s degree, Eilat participated in the City of David excavations directed by Prof. Yigal Shiloh (1981–1985). Within a few weeks of starting work, she was given her own area to supervise. For her master’s thesis mentored by Prof. Nahman Avigad at Hebrew University, Eilat studied the First Temple period finds from the prior excavations of the Ophel area just south of the Temple Mount’s southern wall.

In 1986, Eilat convinced her grandfather to return to the field and join her as codirector of a small excavation at the southernmost area of the Ophel. Benjamin agreed and almost immediately the pair discovered remains of the First Temple period gate-house (the first ever discovered in Jerusalem). In 1997, Dr. Mazar attained her Ph.D. from Hebrew University for a comprehensive pioneering study about the biblical Phoenicians based on her ongoing excavations (which began in 1984) at the key Phoenician site of Achziv (northern shore of Israel).

In 1997, Dr. Mazar wrote an article for Biblical Archaeology Review suggesting the location of King David’s palace based on the description in 2 Samuel 5:17 that King David “went down” into his city. She hypothesized that the ruins of David’s palace must be in the northern part of the City of David. In 2005, she received funding and permission to start an excavation. Within weeks, Eilat had uncovered massive walls, indicating the presence of a large structure, which dated to King David’s period.

Dr. Mazar conducted three phases of excavations in the City of David between 2005 and 2008. She uncovered more evidence of David’s palace, as well as other remarkable artifacts supporting the biblical record, including the seal impressions of two biblical figures mentioned in Jeremiah 37 and 38, as well as a portion of Nehemiah’s hastily constructed wall (Nehemiah 6:15).

In 2009, Dr. Mazar returned to the Ophel to excavate. This dig and three more excavations (2012, 2013, 2018) have uncovered some extraordinary history. Discoveries include a massive city wall from King Solomon’s time, the Menorah Medallion treasure, dozens of coins relating to the first-century Jewish revolt, and two biblical seal impressions: one belonging to King Hezekiah of Judah and the other belonging to Isaiah.