The Hezbollah Threat Is Dangerously Real 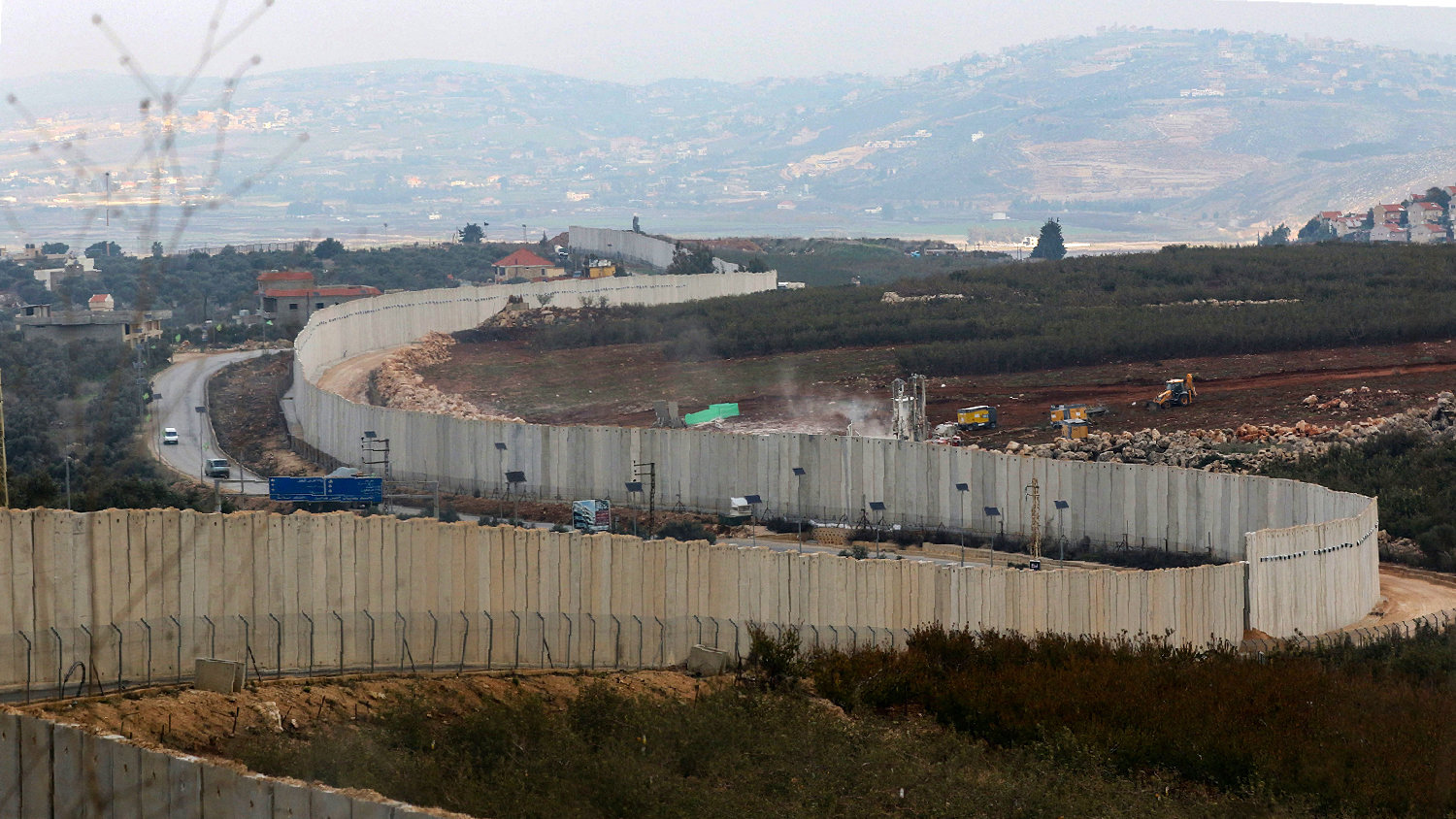 This picture taken on December 4, 2018 from the southern Lebanese village of Kfar Kila shows a view of Israeli machinery operating behind the border wall in Israel ®. - Israel’s army said on December 4 it had detected Hezbollah ‘attack tunnels’ infiltrating its territory from Lebanon and had launched an operation called ‘Northern Shield’ to destroy them, a move likely to raise tensions with the Iran-backed group.
MAHMOUD ZAYYAT/AFP/GETTY IMAGES

Jerusalem - A massive underground attack tunnel penetrating Israeli territory from Lebanon was discovered in northern Israel on Tuesday, the Israel Defense Forces (idf) have announced. The discovery is the first tunnel located as part of Operation Northern Shield, a mission two years in the making, whose objective is to detect and neutralize a network of sophisticated secret tunnels created by Hezbollah in order to invade Israeli territory.

Soon after its discovery, the idf posted a photograph of the tunnel, which is 6 feet tall by 6 feet wide and 80 feet underground. The tunnel is equipped with ventilation, electricity and communication lines, and runs 130 feet into Israeli territory. Unlike the Hamas attack tunnels, which are reinforced with concrete, this tunnel is carved through solid rock.

We surprised this Hezbollah operative before he could surprise Israeli civilians. Take a look at what we caught on camera from inside an attack tunnel dug from Lebanon into Israel. #NorthernShield pic.twitter.com/CFXl33hx7i

The discovery of such a sophisticated tunnel (and probably just the first of many) is evidence of a large-scale Iranian-backed enterprise to threaten Israeli civilians in the north of the country. It proves that Iran and Hezbollah’s threats to conquer Israel are not merely rhetorical but are as real as the rock the tunnels are carved through.

Iran really does want to destroy Israel, and these tunnels prove it.

As such, the tunnels confirm a long publicized mission of Hezbollah to conquer Israeli communities in the northern Galilee region.

In “Hezbollah’s Operational Plan to Invade the Galilee Through Underground Tunnels,” Israeli Brig. Gen. Shimon Shapira (Ret.) summarized Hezbollah’s decades-old plan to invade Israel’s north, a plan that was given added emphasis by Hezbollah Secretary General Hassan Nasrallah in 2012 when he named it “the conquest of the Galilee.”

According to Shapira, Hezbollah forces studied the tunnels that North Korea constructed in the event of an invasion into South Korea.

Only one such tunnel has been discovered thus far, but Channel 10 in Israel is reporting that the idf suspects that there are up to 10.

Israeli Prime Minister Benjamin Netanyahu said on Wednesday, “[C]onquering parts of the Galilee by Hezbollah is a concrete threat.”

I have a message for the people of Lebanon: Hezbollah is putting your lives in danger. pic.twitter.com/M4JGd3EMMu

Tunnels are only one part of Iran’s plan. According to Operation “Conquest of the Galilee,” the invaders are to cross into Israeli territory under the cover of a mass barrage of Hezbollah missiles fired into Israel.

Recent reports have confirmed that Hezbollah now has over 120,000 missiles stockpiled in southern Lebanon, many of which can reach Israel’s entire territory. The threat has only increased with the recent revelation that Iran is providing guidance systems that enable many of these missiles to hit within 10 meters of targets.

While Israel has the most successful antimissile shield on Earth, including the Iron Dome, David’s Sling and the Patriot system, the increase in the precision of Hezbollah’s missiles, and the sheer volume of the impending attack would mean that the defensive shield could be overwhelmed.

Israel has never experienced the massive barrage of missiles that Hezbollah is now capable of inflicting.

On Friday, Nasrallah released a video which includes scenes of Hezbollah fighters preparing to launch rockets, and the targeting of numerous strategic Israeli locations such as the Dimona nuclear facility and the idf military headquarters in Tel Aviv. The video included the message, “Attack and you will regret it.”

This video follows numerous boasts from Nasrallah that any Israeli actions against Hezbollah targets inside Lebanon would result in catastrophic losses for Israel.

It is far too easy to dismiss Iran and Hezbollah’s loud threats toward Israel’s destruction as being empty.

As these tunnels prove, Iran is actually part way through enacting its plan for the territorial takeover of Israel. Iran is so committed to its plan that it funds Hezbollah’s efforts to the tune of $700 million per year. And that’s even while Iran is under harsh financial sanctions.

Our modern, sophisticated and enlightened societies like to believe that we have evolved way past the time of nations being hell-bent on the destruction of others. However, what we are witnessing in the north of Israel is Iran’s manifest desire to do exactly that.

And while Israel may be able to thwart Iran’s attempts in the short term, Bible prophecy indicates that Iran will not let go of its genocidal ambitions against Israel, nor its quest for dominance in the region, until it is stopped by overwhelming force. As Watch Jerusalem editor in chief Gerald Flurry has forecast for more than two decades, radical Islam, led by the fanatical Islamic regime in Iran, fulfills the role of the biblical end-time “king of the south” of Daniel 11:40. This king leads a group of Islamist nations and is defined in that verse as having a pushy foreign policy.

It should be beyond clear by now that Iran cannot be induced into becoming a normal nation in the world community. Decades of world powers trying to do exactly that have failed miserably. The fruits of Iran’s longstanding radical agenda, including its unabashed funding of terrorist proxies, such as Hezbollah, are clearly visible to anyone willing to see it. But accepting that Iran fulfils a biblical end-time prophecy might be more difficult to believe. However, the proof is abundant. If you would like to read more about Iran’s role in end-time events, and how Iranian action will actually push the world into World War iii, please order your free copy of King of the South.