Yemenis cling to any hope of ending their civil war, but Iran has a long history of working around ceasefires.
By Warren Reinsch • December 23, 2018 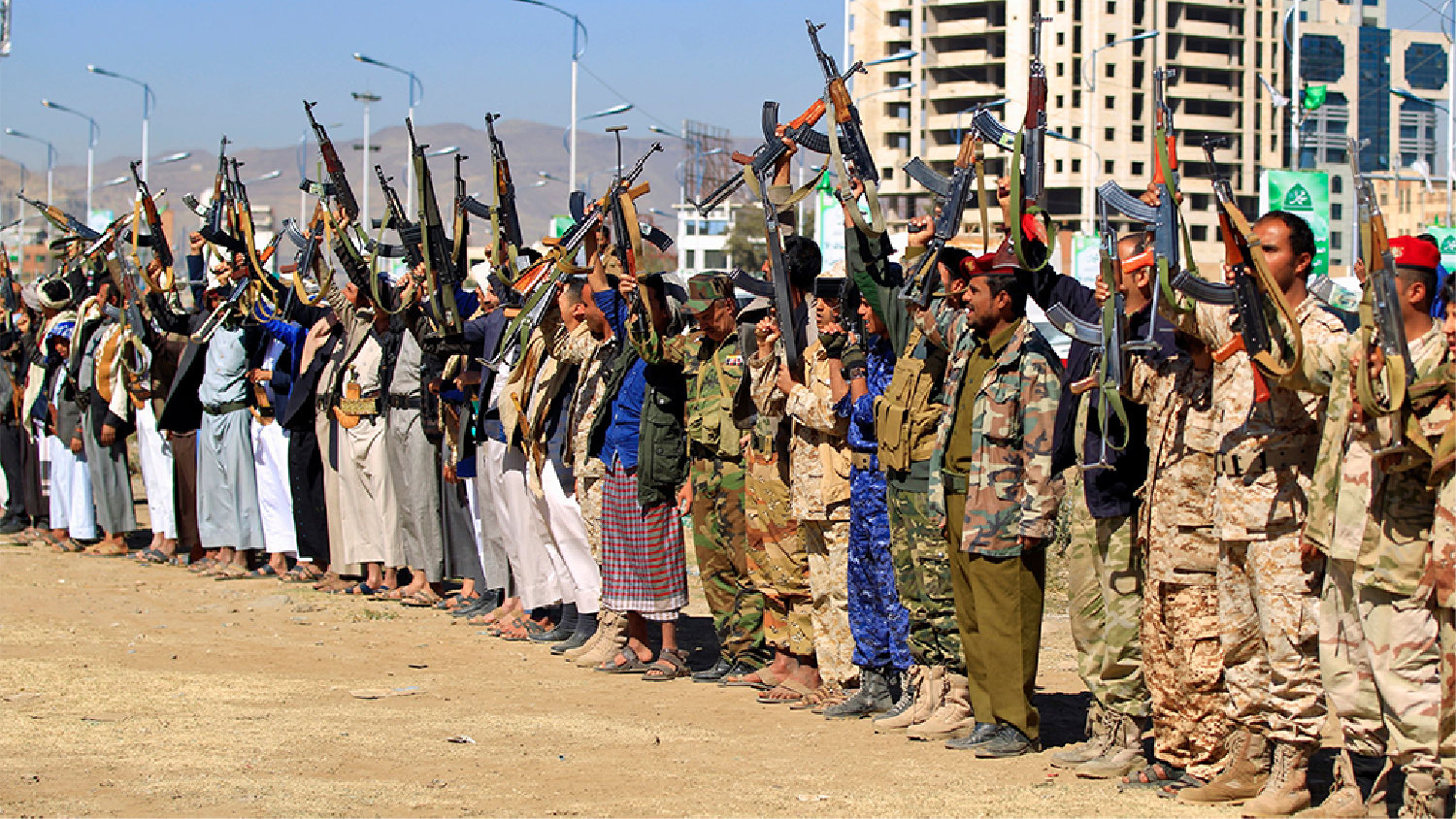 Armed Yemeni men hold their weapons as they gather in the capital Sanaa to show their support to the Shiite Houthi movement against the Saudi-led intervention, on December 19, 2018.
MOHAMMED HUWAIS/AFP/GETTY IMAGES

Iran-backed Houthi rebels and the United Nations-backed Yemeni government have agreed to a ceasefire, which went into effect on December 18 at midnight, local time. So far, the ceasefire has held. Although this agreement satisfies the international community, it stipulates the disengagement of Saudi-backed Yemeni government coalition forces and a possibly guarantees the survival of an Iranian presence in Yemen.

According to the terms of the ceasefire, both Houthi rebels and Saudi-backed Yemeni government coalition forces are expected to withdraw from the port city of Hodeidah in 21 days. After the withdrawal, the United Nations will dispatch a peacekeeping force to oversee the safe arrival of humanitarian shipments for Yemen.

The Yemeni civil war began in 2014 with Houthi rebels gaining control of Yemen’s capital city of Sanaa. Unhappy with the proposed delegation to split the country into six federal regions, the Houthis flooded the presidential compound, forced Yemeni President Abdrabbuh Mansur Hadi and his cabinet to resign, dissolved the parliament and established a new Revolutionary Committee. President Hadi and his ministers managed to slip out of Sanaa and relocated their government to Aden. In the ongoing conflict, Houthi rebels failed to successfully hold Aden, but gained control of the port of Hodeidah.

This Red Sea port city is a vital transit area for both humanitarian goods to the Yemeni people and Iranian weapons to Houthi rebels. The terms of the ceasefire agreement will hand control over to the United Nations, but despite the loss of this vital port, the real victory for Iran is in the entrenchment of its Houthi proxies in Yemen.

Several Saudi-led airstrikes have hit major population centers throughout Yemen, the city of Hodeidah being one of them. According to Amnesty International, these attacks have raised “concerns about compliance with the rules of international humanitarian law.” Further peace talks are expected to be held in January. Concerns over these airstrikes could lead to the United Nations calling for Saudi Arabia to stop its support of the Yemeni government.

A similar scenario took place in Syria. The United Nations called for a deescalation, and in its inactivity, the Russia-Iran-backed regime of Bashar Assad took control and fortified its position. In Lebanon, the Hezbollah terrorist group has been left to itself. As a result, it has become entrenched and is now arguably more powerful than the Lebanese military. A similar scenario may transpire in Yemen if the general terms of the current ceasefire remain in place going forward.

Iran has continually supplied the Houthis, although it denies the allegation.

After the United Nations examined the debris of three missiles launched at Saudi Arabia in March and April, UN Secretary-General Antonia Guterres said they found “specific key design features consistent with those of the Iranian Qiam-1 short-range ballistic missile.”

In his June report, Guterres noted the debris from five missiles fired at Saudi Arabia “share key design features” with Iranian missiles, and some components were manufactured in Iran.

Debris from five missiles fired at #KSA by Yemen’s Houthis since July 2017 “share key design features with a known type of missile” manufactured by #Iran and some of the components were manufactured in Iran: Guterres report https://t.co/OBTYtdkfNg pic.twitter.com/ZLGRNdKAJr

Saudi Arabia can’t afford to have an Iranian proxy on its peninsula threatening Red Sea shipping. Now that the ceasefire is in place, the Saudi-led coalition has redirected it efforts to the Houthi-held northern provinces of Saada, Sanaa and Al-Jawf. Many Yemeni people still hope for a truce to end the civil war.

In “Libya and Ethiopia in Prophecy,” Watch Jerusalem editor in chief Gerald Flurry wrote, “Yemen is already infested with terrorists. It is located on the Red Sea and the Gulf of Aden—and is another strategically powerful country if you are trying to control world trade.” That is exactly what Iran is trying to do.

“And at the time of the end shall the king of the south push at him” (Daniel 11:40). In The King of the South, Mr. Flurry writes, “[Iran] is always pushy in its foreign policy. It pushes until it starts a war. Having such power means that it must be a large oil-producing country.”

The booklet states that Iran became dominant through its policy of state-sponsored terrorism. A primary way Iran does this is through its proxy groups.

Stratfor wrote this about Iran’s growing influence in the Middle East: “Tehran is the rising power and the one filling the vacuum as the Americans leave. It is Tehran that has a strong established network of proxies and covert operatives already in place in key positions across the region.” Yemen is certainly one of those key positions in the world.

Yemen borders the Bab el-Mandeb strait. This waterway is a vital shipping route, which facilitated roughly 4.8 million barrels of oil and petroleum per day in 2016, according to the Energy Information Administration. More than half of that sailed north into the Mediterranean Sea toward Europe and North America.

This strait is important to Saudi Arabia’s economy. According to Bloomberg’s oil tanker tracking data, this year Saudi Arabia has shipped 600,000 barrels of oil per day from the Persian Gulf, around the Arabian Peninsula and through the Bab el-Mandeb strait en-route to Europe and North America.

One aspect of Iran’s “push” is its chokehold on sea-gates like Bab el-Mandeb. If Iran were to gain control of this shipping lane and stop all transit, trade vessels would have to re-route all the way around the southern tip of Africa. This delay would increase the sailing time from the Persian Gulf to Rotterdam by 78 percent, and a journey from Italy, which imported 19.7 percent of its crude oil from Iraq in 2016, would take three times as long. In other words, blocking this sea-gate would cause severe problems for the global economy.

This makes it much easier to see why Iran has been so diligent in supporting the Houthi rebels and why ending the Yemeni civil war with Houthis keeping a share of the power there would benefit Iran. Iran wants to keep a strong foothold in Yemen. By establishing the Houthis in Yemen and supplying them with ballistic missiles, just as it has done with Hezbollah in Lebanon, Iran is slowly gaining a chokehold on the Bab el-Mandeb. When Iran decides to act, it would be able to use its proxy to fire missiles at ships attempting to pass through the shipping lane.

If this ceasefire lasts and a truce to end the war is settled in January, it would guarantee an Iranian presence just miles from a globally important sea-gate. In this scenario, Iran would be the real victor.