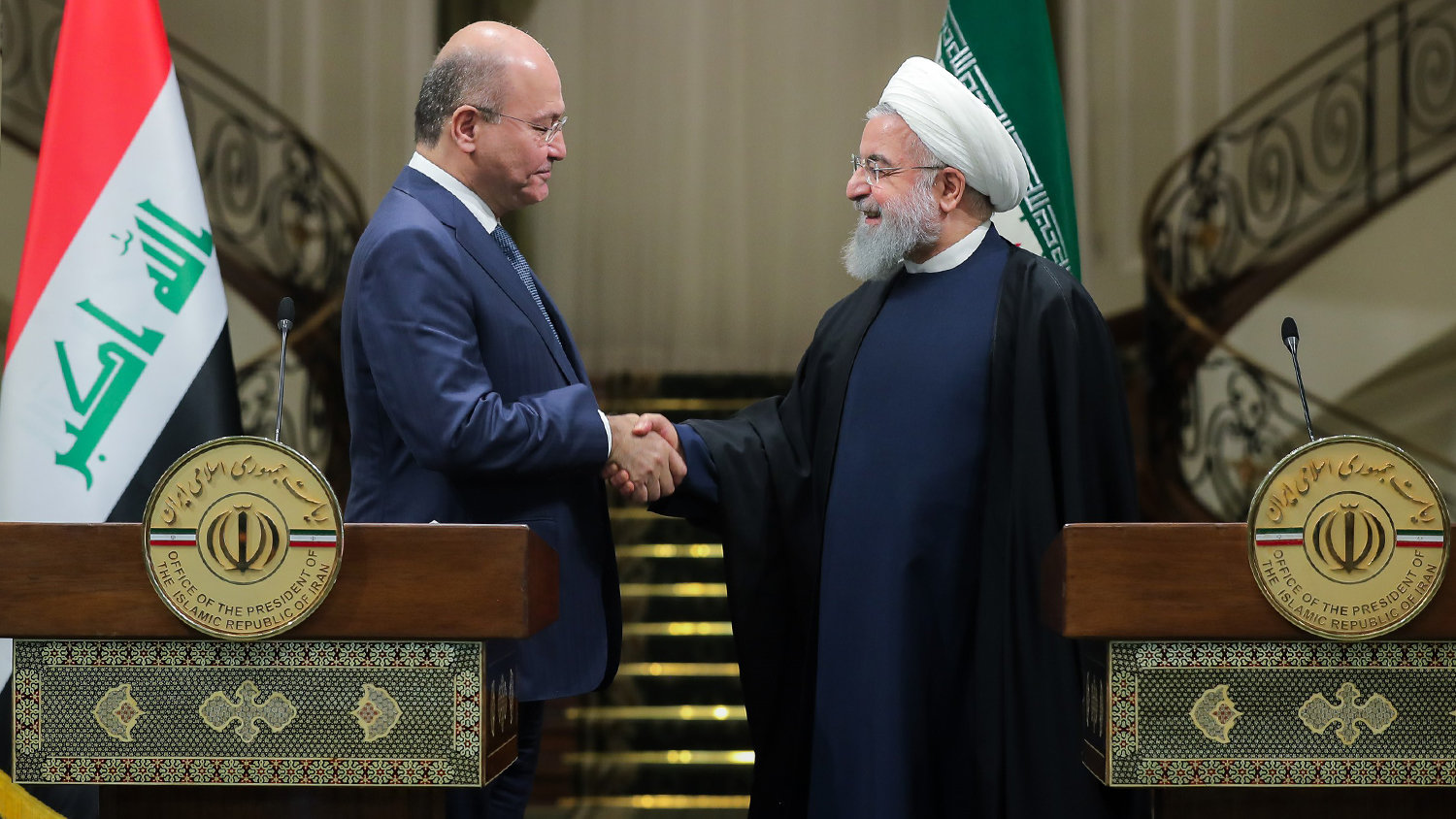 “My fellow citizens, at this hour American and coalition forces are in the early stages of military operations to disarm Iraq, to free its people, and to defend the world from grave danger.” This is how President George W. Bush announced the invasion of Iraq on March 19, 2003.

“[T]o free its people and to defend the world from grave danger,” he said. However, as my father, Trumpet editor in chief Gerald Flurry, wrote at the time, the Iraq invasion would accomplish neither of these stated goals. Instead, it would cause Iraq to fall to Iran.

“It may seem shocking, given the U.S. presence in the region now,” he wrote, “but prophecy indicates that in pursuit of its goal, Iran will probably take over Iraq” (Philadelphia Trumpet, June 2003).

Almost 16 years later, we can see that forecast has proved true.

On Monday, Iranian President Hassan Rouhani arrived in Iraq for an official state visit, his first since taking office in 2013.

This is not your regular international diplomatic visit. It is a warm embrace between former bitter enemies. And it comes at the precise time that the United States is trying to cut Iran off from trade with other nations.

“We consider this trip a new start in our relations with Iraq,” Iranian Foreign Minister Javad Zarif said on March 9, according to Iran’s Press TV. He discussed “joint interests” and “regional cooperation.” Zarif thanked Iraq for having “refused the unjust and illegal sanctions imposed on the Iranian people.”

This “new start of relations” will feature less and less of the United States. It proves that after years of straddling the fence between Iranian and United States influence, Iraq’s government is now fully embracing Iran.

Symbolically, Rouhani’s visit announces to the world, and particularly the United States, that Iraq is now firmly in the Iranian camp, at the expense of the United States. Listen to Middle East Correspondent Brent Nagtegaal discuss the growing Iran/Iraq alliance below.

And this was directly prophesied in your Bible.

For those familiar with the Trumpet, news of this visit should come as no surprise. One of the long-standing keynote forecasts of the Trumpet has been the formation of the biblically prophesied “king of the south.”

In the September-October 1990 issue of the Trumpet, my father’s cover story asked, “King of the South—Is He Now on the World Scene?” Mr. Flurry identified this “king” as a Middle Eastern power bloc, possibly led by Iraqi President Saddam Hussein, that would violently clash with “the king of the north.”

The following year, in 1993, he told Trumpet readers that he believed Iranwould be the king of radical Islam. Then he asked in December 1994: “Is Iraq going to fall to Iran?” That was while Saddam Hussain was still in power. He wrote, “The stage is being set for another group of nations, almost certainly going to be led by Iran. Iran has a foreign policy that has a lot of push ….”

When the U.S. deposed Saddam Hussein in 2003, my father wrote in the June 2003 Trumpet,”It may seem shocking, given the U.S. presence in the region now, but prophecy indicates that in pursuit of its goal, Iran will probably take over Iraq.” He also wrote:

Saddam Hussein was the only leader that Iran feared. Now the U.S. has taken him out of the way. But does America have the will or strength to guard the spoils of war? Prophecy states that it does not.

Have we now cleared the way for Shiite Iran to rule over Shiite Iraq?

That’s exactly what happened! Soon after the U.S. and coalition forces brought down Hussein’s regime, Iran initiated a long-term proxy war against the United States in Iraq. The Obama administration finished withdrawing U.S. troops from Iraq in 2011, allowing the Islamic State to rise to power. The United States actually found itself working with Iran to free Iraq from the brutal Islamic State. In the January 2018 Trumpet my father wrote:

America is not actually fighting alongside Iran—we are empowering it! Iran now looks like an effective and useful partner in the war against terrorism. America has helped to make Iran appear to be the saviour in Iraq and Syria!

The Jerusalem Post confirmed this assessment yesterday, writing, “Yet in the end, Iraq is increasingly a close ally of Iran, receiving U.S. funding while working with Washington’s adversary …. Overall the Iranian model has worked in Iraq, it has increased its influence while undermining U.S. influence.”

Since my father wrote that at the beginning of last year, United States President Donald Trump has drawn down forces in Syria, and the U.S. is being driven out of Iraq by Iran, to the point that the Iranian president is conducting a high-level official visit in Baghdad as you’re reading this!

These events are lining up perfectly with biblical prophecy.

But more is coming, as Iran fulfills its role as leader of the radical Islamic king of the south. You can find out what the future holds for Iran, its enemies and the rest of the world in The King of the South, by Gerald Flurry.