Events in March show that after forty years of struggle Iran has finally conquered Iraq, and is now setting its sights on the greater prize: Jerusalem.
By Brent Nagtegaal • March 17, 2019 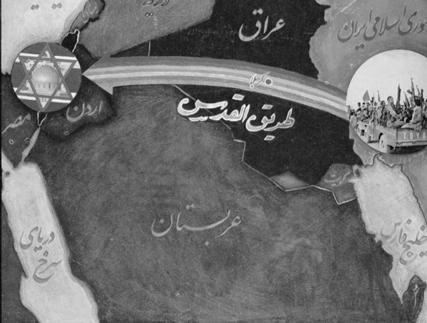 JERUSALEM – Last Sunday, Iran’s Supreme Leader Ayatollah Khamenei awarded General Qassem Suleimani with the Order of Zulfaqar, the highest military honor in the country. Suleimani is the first person to receive the commendation since the Islamic revolution in 1979. Why now?

Suleimani’s award came at the precise time that a large Iranian delegation was in Iraq, cementing their alliance. The correlation between the two events is clear: Suleimani was being recognized for successfully overseeing Iran’s conquering of Iraq. A few days after receiving the award, Iran began a massive military drill entitled “Toward Jerusalem 1.”

On today’s program, host Brent Nagtegaal looks at the Iranian revolution’s longstanding connection between the capture of Iraq, and its main mission: conquering Jerusalem.

Request - The King of the South