History Is a Path to Understanding Bible Prophecy 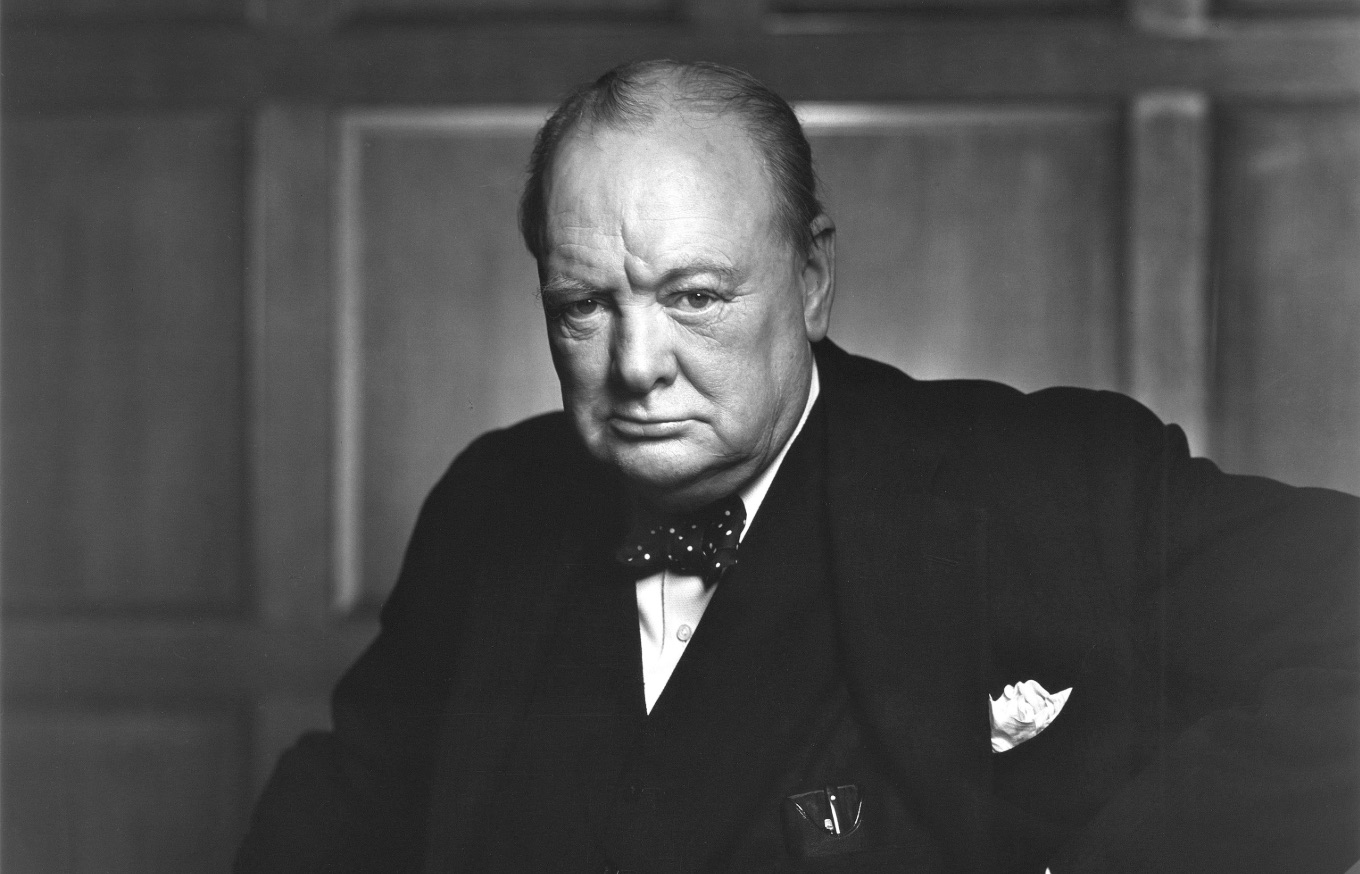 College students are abandoning the study of history. This is a disturbing problem. Ignoring history leads to dangerous ignorance. Many authorities believe that history is our most effective teacher!

In a December article for War on the Rocks titled “The Historical Profession Is Committing Slow-Motion Suicide,” Hal Brands and Francis J. Gavin wrote that not knowing history leaves us trapped in the selfish present, and that historians today write in a scholarly fashion for each other rather than for the benefit of their nation and the world! They wrote:

Similarly, after the Vietnam War drove a wedge between government and the academy, historians tended to shun constructive engagement with policymakers in favor of a more confrontational approach premised on “speaking truth to power.” They came to regard “presentism”—using the past as a way of addressing the challenges of the present—as a distortion of the historian’s task. “History,” wrote one prominent historian in a stinging indictment of the relationship of an earlier generation of intellectuals to the federal government, “cannot in the first instance be concerned with navigating the ship of state.”

Historians no longer believe in the principle of using history to inform present-day behavior! What about Winston Churchill, whose understanding of history saved Western civilization from tyranny in World War ii? Of course, God had a hand in that, but He worked through a man who was absolutely steeped in history. What a powerful tool this was in Churchill’s life! Because of it, today we enjoy great freedoms.

“As a recent chair of a prominent history department recently explained to us, the discipline of history does not consider exploring and understanding the decisions of state leaders or military officials to be interesting, important or innovative” (ibid). Diplomatic and military history have been rendered almost obsolete. If the teachers don’t care about history, no wonder the students are abandoning it!

We are headed in a nation-destroying direction. Our relationship with God is at stake because He tells us to study history! Both secular and Bible history are vital. Both can lead us to an understanding of Bible prophecy.

Want of foresight, unwillingness to act when action would be simple and effective, lack of clear thinking, confusion of counsel until the emergency comes, until self-preservation strikes its jarring gong—these are the features which constitute the endless repetition of history.
Winston Churchill

“Son of man, I have made thee a watchman unto the house of Israel: therefore hear the word at my mouth, and give them warning from me” (Ezekiel 3:17). The Prophet Ezekiel wasn’t a watchman; he wrote his book over a hundred years after ancient Israel had already gone into captivity. His message is for this end time.

“Again the word of the Lord came unto me, saying, Son of man, speak to the children of thy people, and say unto them, When I bring the sword upon a land, if the people of the land take a man of their coasts, and set him for their watchman” (Ezekiel 33:1-2). This particular end-time watchman was selected by the people. God may have influenced their decision, but the people elected this man.

Only Churchill could fulfill this prophecy. The British people chose him after he delivered a strong warning throughout the 1930s. He was a great secular historian with unique insight into current events. Ezekiel describes Churchill, a watchman of the people, in verses 1-6.

God commands us to pay attention to history and to apply its lessons!

Churchill was not a religious man, but he did say that “some great purpose and design is being worked out here below.” He knew that God has a purpose for human affairs. God can really use a person with that kind of understanding.

Churchill possessed powerful vision because he understood history. He took away so many valuable lessons from his studies. He had almost no support at times, yet he always remained steadfast in his convictions. We ought to admire his example.

There is nothing new in the story. … It falls into that long, dismal [catalog] of the fruitlessness of experience and the confirmed unteachability of mankind. Want of foresight, unwillingness to act when action would be simple and effective, lack of clear thinking, confusion of counsel until the emergency comes, until self-preservation strikes its jarring gong—these are the features which constitute the endless repetition of history.

Churchill had foresight! He knew from history what would happen in the future! He knew that Britain could have stopped Adolf Hitler by taking decisive action as soon as he started causing trouble in Europe. But other British leaders insisted on disarmament and appeasement in order not to agitate Hitler, and the media and educational system wouldn’t listen to Churchill’s warning. The result: 60 million people died in a devastating world war! We must learn lessons from this history. The circumstances today are the same—if not worse.

It is so easy to fall into a comfortable routine and not realize, as Churchill put it, “how near and how grave are the dangers of a world explosion.” This man devoured history, which made him capable of warning before—and leading during—the war.

But secular history has its limitations. This world has never known the way to everlasting peace (Isaiah 59:8). To find real answers, we must search elsewhere.

Hear me, O Judah, and ye inhabitants of Jerusalem; Believe in the Lord your God, so shall ye be established; believe his prophets, so shall ye prosper
2 Chronicles 2:20

As I wrote above, Ezekiel 33:1-6 foretell the appearance on the world scene of a watchman elected by the people: Winston Churchill. The subject shifts dramatically in verse 7: “So thou, O son of man, I have set thee a watchman unto the house of Israel; therefore thou shalt hear the word at my mouth, and warn them from me.”

Here is an entirely different watchman, during the seventh and final era of God’s true Church. Just before the end of this age of man’s rule over man, God says, I’m going to choose the watchman. It won’t be the people’s choice, as it was before. I will tell them that it’s going to take more than a political watchman to save them this time! Today, the only way to avoid destruction is through repentance (verse 11).

To become a watchman, one must understand both secular and biblical history. The death of nations is on the line! World War iii will be infinitely worse than World War ii!

“And when this cometh to pass, (lo, it will come,) then shall they know that a prophet hath been among them” (verse 33). God’s watchman is warning the world right now. Sadly, most people won’t believe him until his every prophecy comes true!

The former prophets division of the Old Testament consists of the books of Joshua, Judges, Samuel and Kings. It contains the history of ancient Israel. “There is a special message in all the former prophets. They are mostly about history, but they are called former prophets for a reason,” I write in The Former Prophets: How to Become a King. “The word former simply means that they are the earlier prophets. These books were written by prophets and are filled with end-time prophecy.”

This meticulously researched and sourced history was recorded by prophets! There must be a reason for that.

The book of Joshua records Israel’s journey into the Promised Land and gives wonderful lessons about how to lead a nation. The book of Judges is the bloodiest book in the entire Bible because everybody “did that which was right in their own eyes” instead of trusting God (Judges 17:6; 21:25). That’s exactly what is happening in America, Britain and the Jewish nation today. Our nations have never been more divided.

The longest biographical account in the Bible is that of King David, as recorded in Samuel, Kings and Chronicles. He was a man after God’s own heart. From his example, we can learn how to have an inspiring, successful relationship with God!

All these things happened as examples for us to learn from. God commands us to pay attention to history and to apply its lessons! What made David a spiritual legend? What made Saul an utter failure? We need to know!

“Hear me, O Judah, and ye inhabitants of Jerusalem; Believe in the lord your God, so shall ye be established; believe his prophets, so shall ye prosper”(2 Chronicles 20:20). These are God’s words. Prophets wrote the former prophets books. If we don’t value this history and prophecy, God calls us fools!

This is more than Hebrew history; it is God’s history—the path to understanding Bible prophecy. We had better learn from it before time runs out!