A confrontation in this vital sea-lane will affect oil trade and the entire world.
By Daniel Di Santo • May 1, 2019 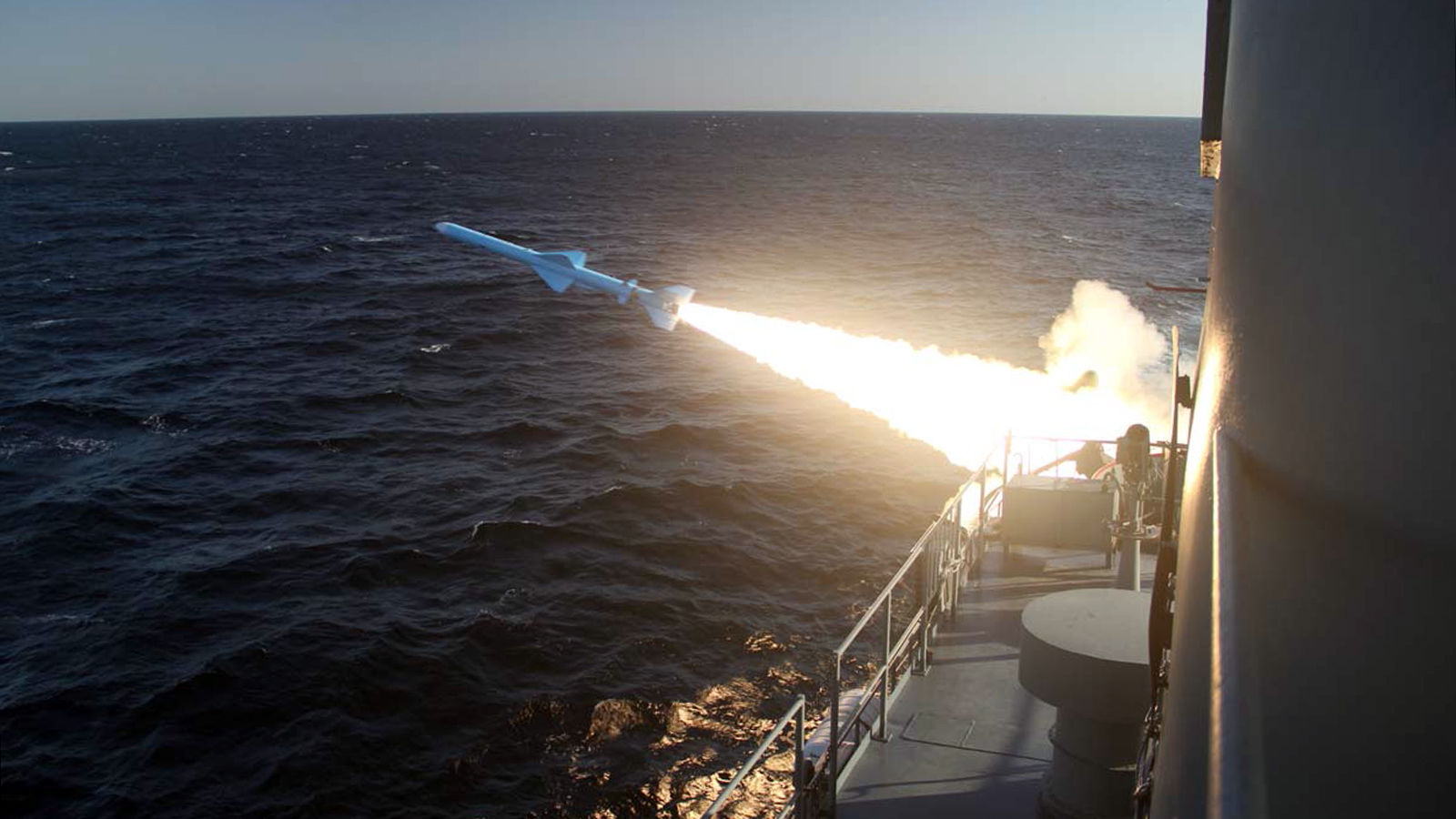 A handout photo from the Iranian Navy on February 23 shows a missile launch during a military drill in the Gulf of Oman.
AFP/GETTY IMAGES

Iran’s biggest oil customers are China, India, Japan and South Korea. After withdrawing from the Joint Comprehensive Plan of Action nuclear agreement, the Trump administration granted waivers to China, Greece, India, Italy, Japan, South Korea, Taiwan and Turkey. The waivers were intended to provide time for these nations to transition to alternate suppliers. Italy, Greece and Taiwan have already made the transition and complied with American directives, but others, including American allies Japan, South Korea and Turkey, have continued importing Iranian oil and asked for their waivers to be extended. Secretary of State Mike Pompeo announced on April 22 that no waivers would be extended and sanctions would come into effect on May 3.

On April 8, President Trump also officially designated the irgc as a terrorist organization. General Tangsiri stated on April 22, “In case of any threat, we will have not even an iota of doubt to protect and defend the Iranian waters. If we are barred from using it, we will shut it down.”

The Strait of Hormuz is one of the world’s most important waterways. It is the fastest route to Europe for Gulf states and the most traveled route for shipping from Saudi Arabia, Iran and other nations. The U.S. Energy Information Administration estimated that as much as 18.5 million barrels of oil passed through the strait in 2016, accounting for 30 percent of the world’s seaborne oil trade. Oil accounts for 82 percent of Iranian exports.

One way Iran could disrupt commercial shipping is by using its swarm of speedboats. Some speedboats are reportedly unmanned, and most are armed with anti-ship missiles or rockets in addition to smaller guns. They practice attacking in formation and overwhelming the adversary with fire from all directions at once. According to Military Watch magazine, this capability turns the strait into a “Piranha tank” for larger American ships, whose design and crews are less suited to engage small and fast targets. Forces trying to reopen the strait would also have to combat Iran’s Russian-made Kilo-class submarines, which have been nicknamed “the black hole” by nato forces due to how difficult they are to detect.

National Interest wrote, “The real danger isn’t Iranian anti-ship missiles or rockets—it’s the lowly, oft-neglected threat of sea mines.” Mines are easy and inexpensive to manufacture. Iran has developed a large number of mines of several types. A mine (with a design from World War i) nearly sank uss Samuel B. Roberts in 1988. Mines costing less than $25,000 each crippled the uss Princeton and two amphibious assault ships in 1991 at the beginning of the Gulf War. The majority of U.S. Navy vessels lost since World War ii were sunk by mines.

Iran doesn’t have to permanently close the strait to cause a lot of damage. Just closing it down for weeks or days would cause major delays, soaring oil prices and other problems.

Watch Jerusalem watches Iran’s increasingly aggressive foreign policy and warns of the danger it poses to those nations that rely on the Strait of Hormuz for oil imports and other vital shipping. Iran’s aggression is dangerous for the world, especially Europe. It will lead to a clash of civilizations, which the Bible predicted thousands of years ago.

Iran is the head of radical Islam. It is a state sponsor of terrorism, recognized officially as such by the U.S. government. In the Bible, radical Islam led by Iran is called “the king of the south.” This power “pushes” at its neighbors (Daniel 11:40).

Today, Iran repeatedly pushes against Europe by threatening to close the Strait of Hormuz, by sponsoring terrorism, and by other means. What will be the result? “[T]he king of the north shall come against him like a whirlwind, with chariots, and with horsemen, and with many ships; and he shall enter into the countries, and shall overflow and pass over” (verse 40).

The king of the north refers to a European power that will initiate all-out war against Iran and its radical Islamist allies.

Whether Iran closes the strait or not, the Bible makes clear that its pushy foreign policy will continue.

To learn more about the future of Iran, Europe and this oil-dependent world, and how your life will be affected by these prophecies as they are fulfilled, request our free booklet The King of the South, by Watch Jerusalem editor in chief Gerald Flurry.