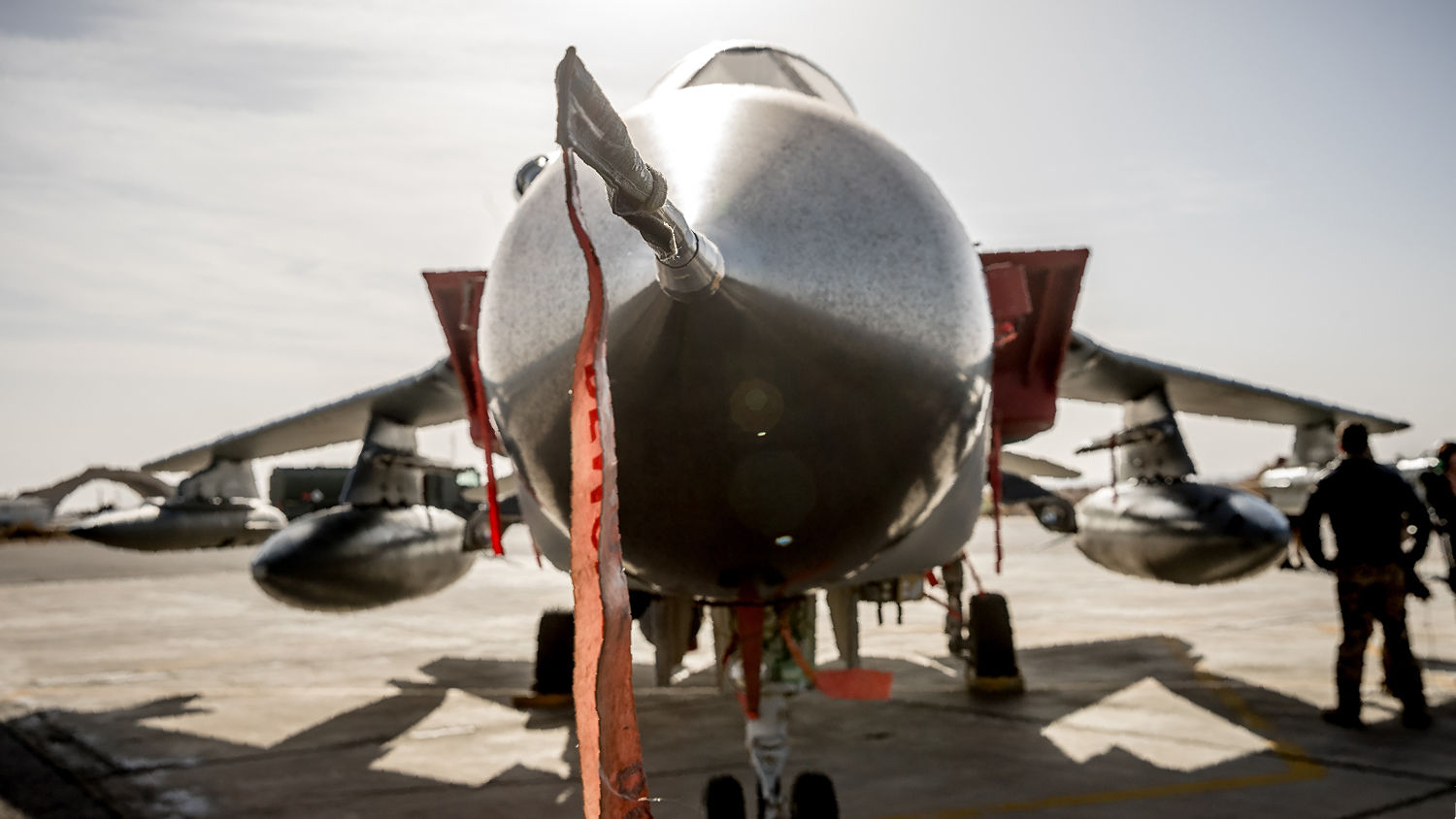 German Foreign Minister Heiko Maas confirmed on May 31 that Germany is looking to increase its military presence in Syria. Maas stated that Germany would support the United States’ plan to establish a security zone in northeastern Syria. Although increased deployment must first be passed by the Bundestag when the current mandate ends in October, it is the beginning of the fulfillment of a major biblical prophecy.

According to Spiegel Online, Maas said that “in the past weeks and months” there had been ongoing “secret talks” between Germany and the U.S. about Syria’s future. Spiegel Online said that these talks indicate Germany “would be prepared to participate militarily in securing” the security zone.

Germany already supports U.S. forces in Syria with aerial refueling and reconnaissance aircraft. However, according to Kurdistan 24, Maas hinted that Germany would likely provide more military support once the U.S. reduces its forces in Syria.

Ibrahim Murad, a representative of the Democratic Self-Administration of Rojava and Northern Syria in Germany, told Kurdistan 24 that he welcomed the decision and called on Germans “to take their responsibility in protecting the areas liberated from the Daesh [Islamic State] terrorist group.”

In “Germany Backs U.S. Plans for Safe Zone in Syria,” Kurdistan 24 wrote, “Germany, thus, becomes the first European country to publicly express its willingness to participate in maintaining the security zone.” At the moment, Germany will not be committing ground troops, only aircraft, and the action still requires approval from the Bundestag, but the statement shows that German leaders want to get more involved in Syria.

Germany and Europe are deeply interested in Syria’s stability. One result of the Syrian civil war has been a flood of immigrants into Europe. The European Union is struggling to deal with the millions of refugees who have migrated to Europe over the past eight years. To prevent the migrant crisis from worsening, Europe must get involved in Syria.

Germany is well aware of this and is looking to lead the way.

Syria, under President Bashar Assad, has been closely allied with Russia and Iran. But this is about to change. The U.S., Russia and Syria are meeting to discuss how to kick Iran out of Syria. Once Iran is out, another power will need to replace it because neither the U.S. nor Russia wants to stay and guarantee Syria’s stability. It is not in their national interest. It is, however, in Europe’s.

In his September 2012 article “How the Syrian Crisis Will End,” Watch Jerusalem editor in chief Gerald Flurry wrote:

What we are seeing right now in Syria is a major biblical prophecy in the process of being fulfilled! What happens in Syria will lead to mighty nations changing course and the foundations of this world being shaken!

Did you know that the book of Psalms prophesies the future of Syria? This nation is an important part of the balance of power in the Middle East, and Psalm 83 prophesies that there is about to be a dramatic, violent shift in Syria’s alliances. This will affect many nations, and ultimately lead to an all-out war breaking out all over the Earth!

This prophecy reveals the outcome of the uprising in Syria. It also exposes the key involvement of a major outside nation—something we can already see developing.

Daniel 11:40 reads, “And at the time of the end shall the king of the south push at him: and the king of the north shall come against him like a whirlwind, with chariots, and with horsemen, and with many ships; and he shall enter into the countries, and shall overflow and pass over.”

When Germany launches its “whirlwind” attack against the king of the south, controlling territory in Syria would serve as a base in its secret strategy to surround Iran. According to Spiegel Online, Germany intends to dispatch Tornado fighter jets to Syria—a name similar to the biblical “whirlwind” attack.

Mr. Flurry continued, “Daniel 11:40 will unfold just before Psalm 83 is totally fulfilled. Germany and Iran will ignite a spectacular military clash. The German superpower will crush the ‘king of the south.’ Then the Arab nations listed in Psalm 83 will ally with Germany” (ibid).

Psalm 83 prophesies of this confederation of moderate Arab nations aligning with Germany. Verses 6-7 list the nations: “The tabernacles of Edom, and the Ishmaelites; of Moab, and the Hagarenes; Gebal, and Ammon, and Amalek; the Philistines with the inhabitants of Tyre.”

The Hagarenes were a semi-nomadic people who lived in the desert region between the lands of Gilead, Bashan and the Euphrates River, anciently known as Syria. They are mentioned as living in the same region from the 12th century b.c.e. during the time of King Saul (1 Chronicles 5:9-10) to 703 b.c.e., when they were referenced in Assyrian King Tiglath-Pileser iii’s summary inscriptions. Therefore, in Bible prophecy, the Hagarenes refer to the modern-day nation of Syria.

Germany is watching what Iran is doing in the Middle East, and it is worried about Iran’s nuclear ambitions and ballistic missile development. Iran already possesses ballistic missiles capable of carrying multiple warheads and striking parts of Eastern Europe. This is a significant threat to the Continent.

Just as it has throughout history, Germany will strike first. In the meantime, watch for it to strengthen ties with Middle Eastern Arab nations, primarily Syria, as it prepares for this inevitable clash of civilizations.

For more information, please read “How the Syrian Crisis Will End,” by Gerald Flurry.