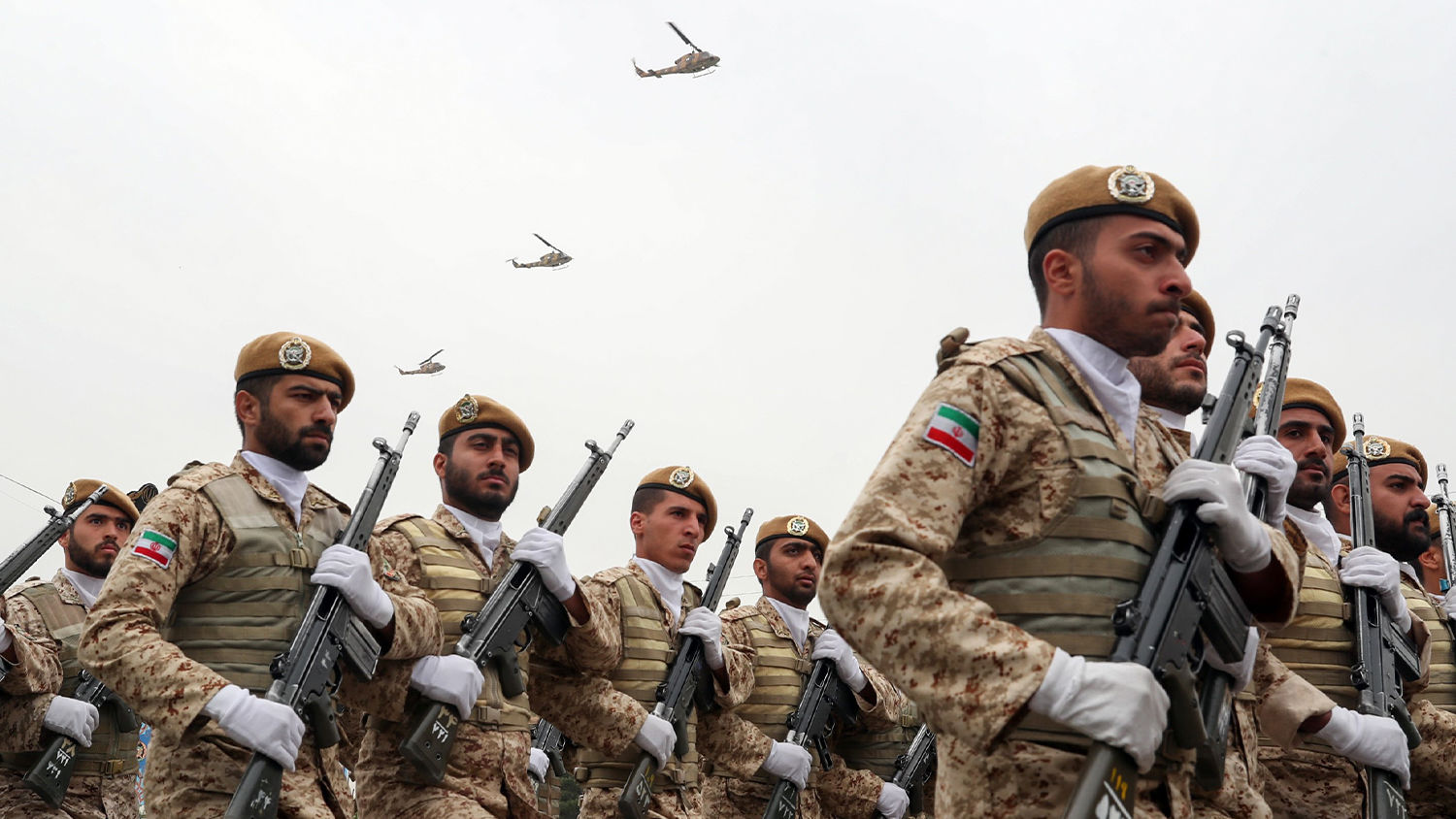 Iran expressed a desire to deepen ties with Iraq on Sunday by offering to hold joint military, air defense and missile defense exercises. This is not just an Iranian ploy to gain control, but rather a strengthening of the alliance between the two. It could also be a way of learning how to integrate their militaries to work as one. In the end, Iraq will be happy to throw its support behind Iranian leadership.

Iran’s Islamic Revolutionary Guard Corps (irgc)-affiliated Tasnim News Agency reported on June 23, “The Iranian Air Defense is fully prepared to satisfy Iraq’s air defense demands in all areas.” In the joint meeting between Iranian and Iraqi officials, Iranian Brig. Gen. Alireza Sabahi Fard said that Iran is “ready to form expert committees in all spheres to pave the way for the launch and promotion of mutual cooperation” with Iraq.

Because the irgc is a United States-designated Foreign Terrorist Organization, any joint exercise would be difficult for Iraq to commit to. However, these meetings took place between the Iraqi Armed Forces and its counterpart, Iran’s conventional military, the Artesh.

Iraqi Deputy Commander of the Army Maj. Gen. Tariq Abbas Ibrahim reportedly said that by relying on “expert committees,” Iran will be ready to support Iraq with technical support and to manufacture various air defense systems.

Iran Land Forces Cmdr. Koumars Heydari said, “The ground forces are at the highest level of combat readiness and are ready to transfer experiences in the field to the Iraqi Army.”

These threats are the United States and Israel.

Michael A. Ledeen writes in his 2007 book The Iranian Time Bomb:

If the Islamic Republic can drive the United States out of Iraq … and damage or destroy Israel, the mullahs believe they can dominate the area. … If they are seen to fail, however, their destiny is uncertain. That is why they are pushing so hard on all fronts, hoping to score their own victories before they fall.

Iran is working to “drive the United States out of Iraq.” It is working through the Iraqi Shiite militias in Iraq’s Popular Mobilization Units to conduct acts of terror against U.S. assets. Last week, four attacks against U.S.-related targets in Iraq went unclaimed, with evidence strongly implicating the Iran-backed militias.

Through these Shiite militias, Iran is also working in Iraq’s parliament to oust U.S. forces from Iraq. During the May 2018 election, the Fatah Alliance won the second-largest number of seats in the parliament. The Fatah Alliance is a Shiite political party consisting of politicians who have aligned with or are members of the Iranian-backed Popular Mobilization Units. Many of these militias—such as Asaib Ahl al-Haq, which is an Iranian proxy trained, equipped and funded by the irgc al Quds Force—are also U.S.-designated foreign terrorist organizations. These men are now lawmakers in the government working to drive the U.S. out of Iraq.

Iran’s new irgc commander in chief, Hossein Salami, has frequently vowed to destroy Israel and the U.S. He has said that Iran’s strategy is “to erase Israel from the global political map,” that Iran will unleash an “inferno” on the Jewish state, and that he was “planning to break America, Israel” and “cleanse the planet from the filth of their existence.”

Daniel 11:40 prophesies that a radical power called “the king of the south” will exist in the end time. Watch Jerusalem editor in chief Gerald Flurry identifies radical Islam, led by Iran, as this power in his booklet The King of the South ( request your free copy here). In his booklet, Mr. Flurry examines Iran’s strategy to achieve regional hegemony.

“The most precious jewel of Iran’s plan is to conquer Jerusalem,” writes Mr. Flurry. “The blatantly bold and aggressive foreign policy of Iran must lead to war. It will either conquer or be conquered.”

Joint military and missile defense exercises will be a giant leap in cooperation between the two countries. However, the connections permeate further than military cooperation alone.

Seth Frantzman from the Jerusalem Post said that there is an “unbreakable spiritual connection” between Iraq and Iran. This is “the real issue.”

Daniel 11:40 calls this end-time power a “king.” The original Hebrew word, melek, denotes the leader of a people, land or kingdom. While Iran is the king, it rules over radical Islamic extremism across the Middle East and North Africa. Iran is the head of radical Islamic extremism and spends an estimated $7 billion a year funding Islamic terrorism.

Daniel 11:42-43 reveal that Iran will gain some form of control over Ethiopia, Egypt and Libya. This group of nations, predominantly south of Jerusalem, will form a radical Islamic alliance at “the time of the end” just before the coming of the Messiah (Daniel 12:1, 4). That alliance will attempt to surround and destroy Israel and capture Jerusalem. Perhaps Iraq isn’t mentioned in this prophecy because it may be under such complete Iranian control that it is considered part of Iran. At the time this prophecy was written by the Prophet Daniel, Mesopotamia, or modern-day Iraq, was controlled by the Persian Empire, modern-day Iran. Biblically, Iraq and Iran are linked together.

Discussion of joint military and missile defense exercises is a big step forward in forming this radical Islamic alliance. According to the 2018 ciaWorld Factbook, Iraq is 64 to 69 percent Shiite Islam. The Iraqi city of Karbala has a substantial Muslim population. An old Iranian slogan says, “The path to Jerusalem runs through Karbala.”

Afshon Ostovar in his 2016 book Vanguard of the Imam: Religion, Politics and Iran’s Revolutionary Guards writes, “Iraq became seen as both the literal and figurative gateway to Jerusalem and the first step toward the emancipation of Muslim societies.”

Iraq is falling to Iran. Once Iran manages to drive the United States out of Iraq, watch for it to continue to export its revolution to the rest of the Middle East, primarily Ethiopia, Egypt and Libya.