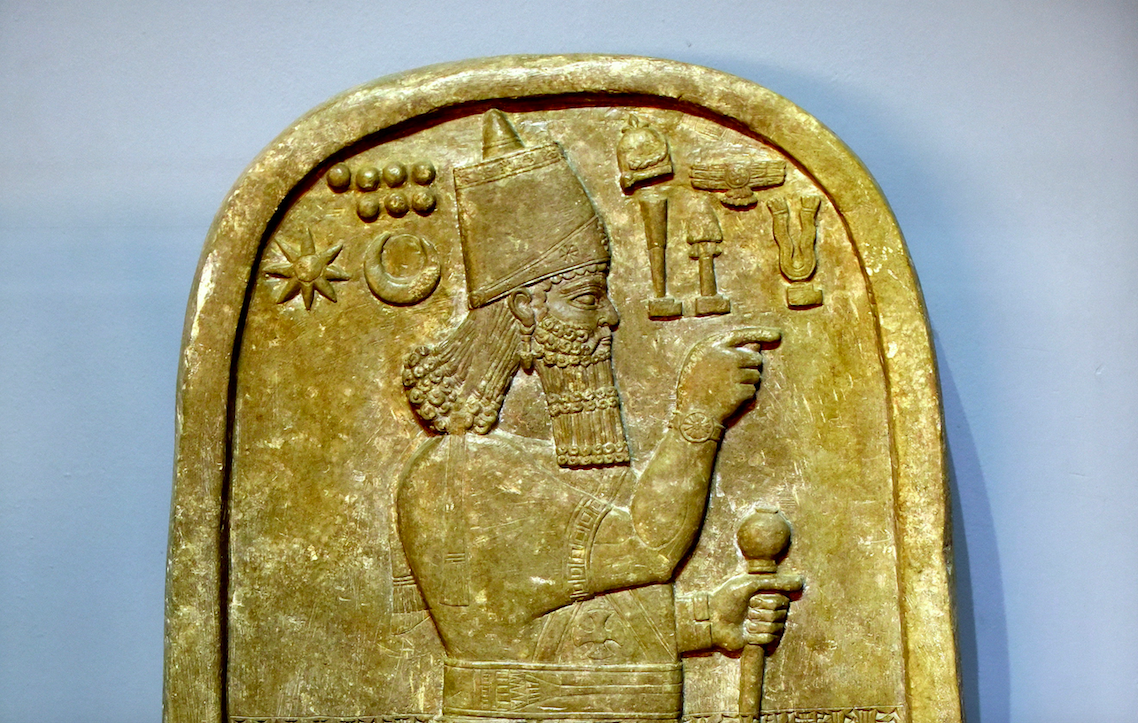 While excavating the inner chamber of a small Neo-Assyrian temple at Tell al-Rimah in 1967, British archaeologist David Oates discovered a victory stele belonging to Assyrian King Adad-nirari iii. The impressive stele proves the existence of “Jehoash the Samarian” and provides strong evidence of the “deliverer” God sent to save Israel “from under the hands of the Arameans” found in 2 Kings 13:5.

The single slab of hard, gray Mosul marble was found in excellent condition. Measuring 130 centimeters tall and 69 centimeters wide, the Tell al-Rimah Stele is dated to circa 796 b.c.e., during the reign of Adad-nirari iii. The stele depicts an image of the Assyrian king and is inscribed with 21 lines of text.

In the stele’s account of Adad-nirari’s military expeditions, one foreign king stands out. The stele reads (emphasis added):

According to this stele, Jehoash the Samarian (an Assyrian term for Israelite—Samaria was the capital of the northern kingdom of Israel) paid a tribute to the Assyrian king in return for military assistance against the Syrians. The Assyrian incursion into Syria is also proved in Adad-nirari’s Saba’a Stele:

I crossed the Euphrates in flood. … I commanded [my troops to march to Damascus]. I [confined] Mari [Ben-hadad iii] in Damascus [… He brought to me] 100 talents of gold (and) 1,000 talents of silver as tribute.

Who was this notable Israelite king mentioned by Adad-nirari?

King Jehoahaz of Israel (circa 815–800 b.c.e.), son of Jehu, lost a number of cities to Hazael king of Syria as a result of the nation’s sins (2 Kings 13:3, 22). The Syrian conquest of Israel was so complete that “Neither did he leave of the people to Jehoahaz but fifty horsemen, and ten chariots, and ten thousand footmen; for the king of Syria had destroyed them, and had made them like the dust by threshing” (2 Kings 13:7). In response, Jehoahaz besought God’s help—and a deliverer was promised.

Before long, the Prophet Elisha fell gravely ill. (For evidence of the Prophet Elisha, read “Elisha: The Prophet, The Legend, The History.”) King Jehoash went down to see him and to show his respect, repeating the words Elisha himself had once said to his master, Elijah: “[M]y father, my father, the chariot of Israel, and the horsemen thereof” (2 Kings 13:14).

Elisha told Jehoash to shoot an arrow out of a nearby window. Elisha then uttered a prophecy: “The arrow of the Lord’s deliverance, and the arrow of deliverance from Syria: for thou shalt smite the Syrians in Aphek, till thou have consumed them.” (2 Kings 13:17). God would grant Israel victory over the Syrians through King Jehoash.

Next, Elisha told Jehoash to take the remaining arrows and smite the ground. Jehoash took the arrows and smote the ground three times. “And the man of God was wroth with him, and said, Thou shouldest have smitten five or six times; then hadst thou smitten Syria till thou hadst consumed it: whereas now thou shalt smite Syria but thrice” (2 Kings 13:19).

Elisha’s death was soon followed by Hazael’s, and his son Ben-hadad became king of Syria. (Both of these Syrian kings have been proved through archaeology.) 2 Kings 13:25 reads:

“And the Lord gave Israel a saviour, so that they went out from under the hand of the Syrians” (2 Kings 13:5). While Jehoash’s victories against Syria have not yet been proved archaeologically, the inscriptions of Adad-nirari iii (such as the Tell al-Rimah Stele) certainly help confirm the biblical account of a much-weakened and subjugated Syrian kingdom.

God used Jehoash to teach Israel a lesson—showing the results of turning to Him for deliverance. Through Jehoash, God provided Israel with temporary peace and an opportunity for repentance. However, the repentance did not come. Jehoash “did that which was evil in the sight of the Lord; he departed not from all the sins of Jeroboam the son of Nebat, who made Israel sin; but he walked therein” (2 Kings 13:11). As such, Israel wasn’t completely free at this time—it was still required to pay tribute to the Assyrian king, as evidenced by the Tell al-Rimah Stele.

The Tell al-Rimah Stele of Adad-nirari iii thus proves the existence of King Jehoash, attests to the general downfall of Syria, and illustrates the continuing vassal status of the northern kingdom of Israel. Discoveries such as these illuminate the pages of the Bible in a tangible way, and attest to its authenticity as an accurate historical record.