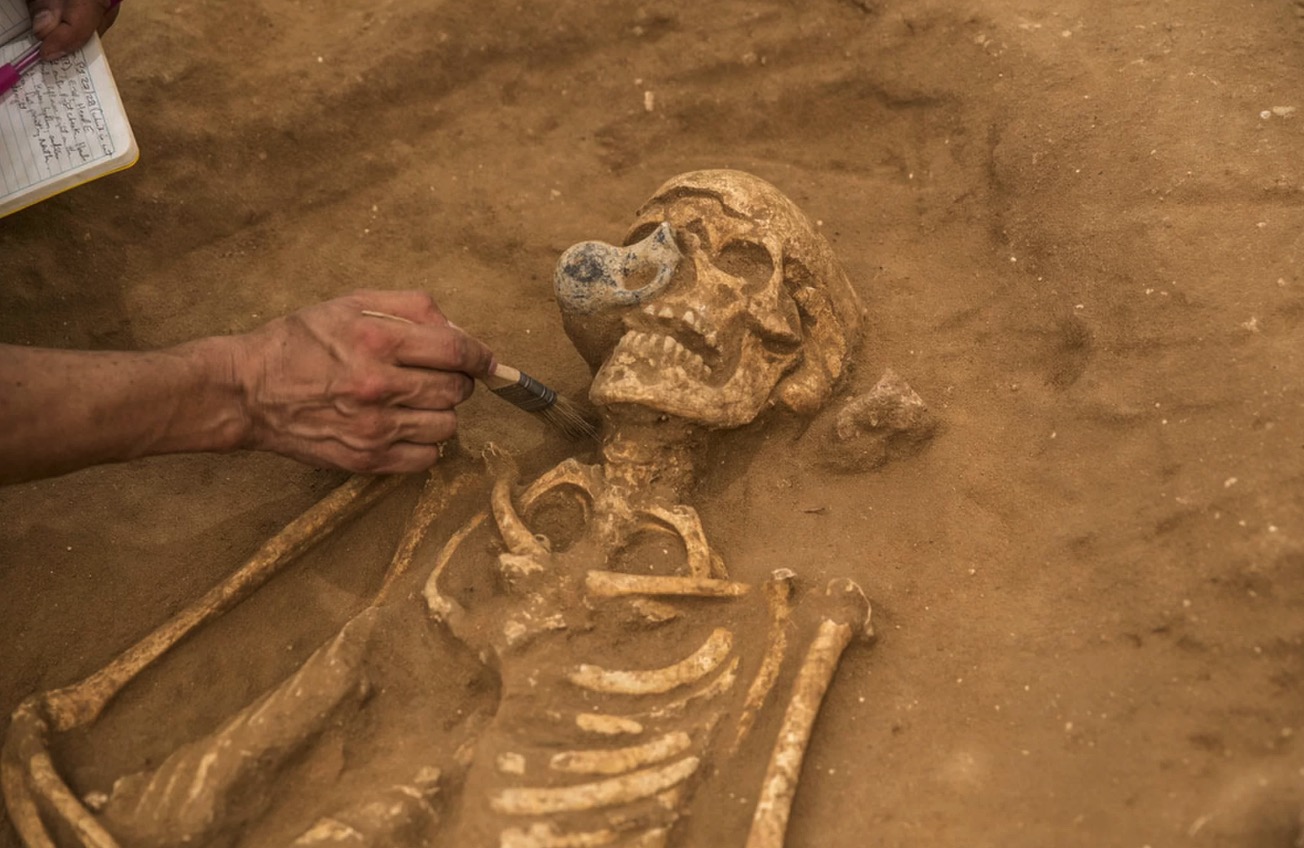 One of the skeletons found in the possible Philistine cemetery in Ashkelon, Israel, had a juglet stuck to its skull.
Tsafrir Abayov/Leon Levy Expedition

JERUSALEM – A recent DNA study of the ancient Philistines revealed that one of ancient Israel’s most formidable foes traveled to the land from southern Europe, confirming what many historians and archaeologists have long believed.

The media quickly picked up on the study with articles being published in Live Science, New York Times, Washington Post and most other papers of note.

Stunningly, one fact was left out of most of the reports. The DNA study actually confirms what the Bible records about Philistine origins. On the first half of today’s program, host Brent Nagtegaal discusses the study and what it means for confirming the Biblical text.

On the second half, Nagtegaal discusses the recent discovery of the first biblical-era facility for manufacturing purple dye, and its possible use in adorning King Solomon’s Temple.