Hamas Agrees to Join Hezbollah in Pincer Attack Against Israel

In the event of a northern war, Hamas has agreed to open a southern front to divide Israeli forces.
By Warren Reinsch • August 5, 2019 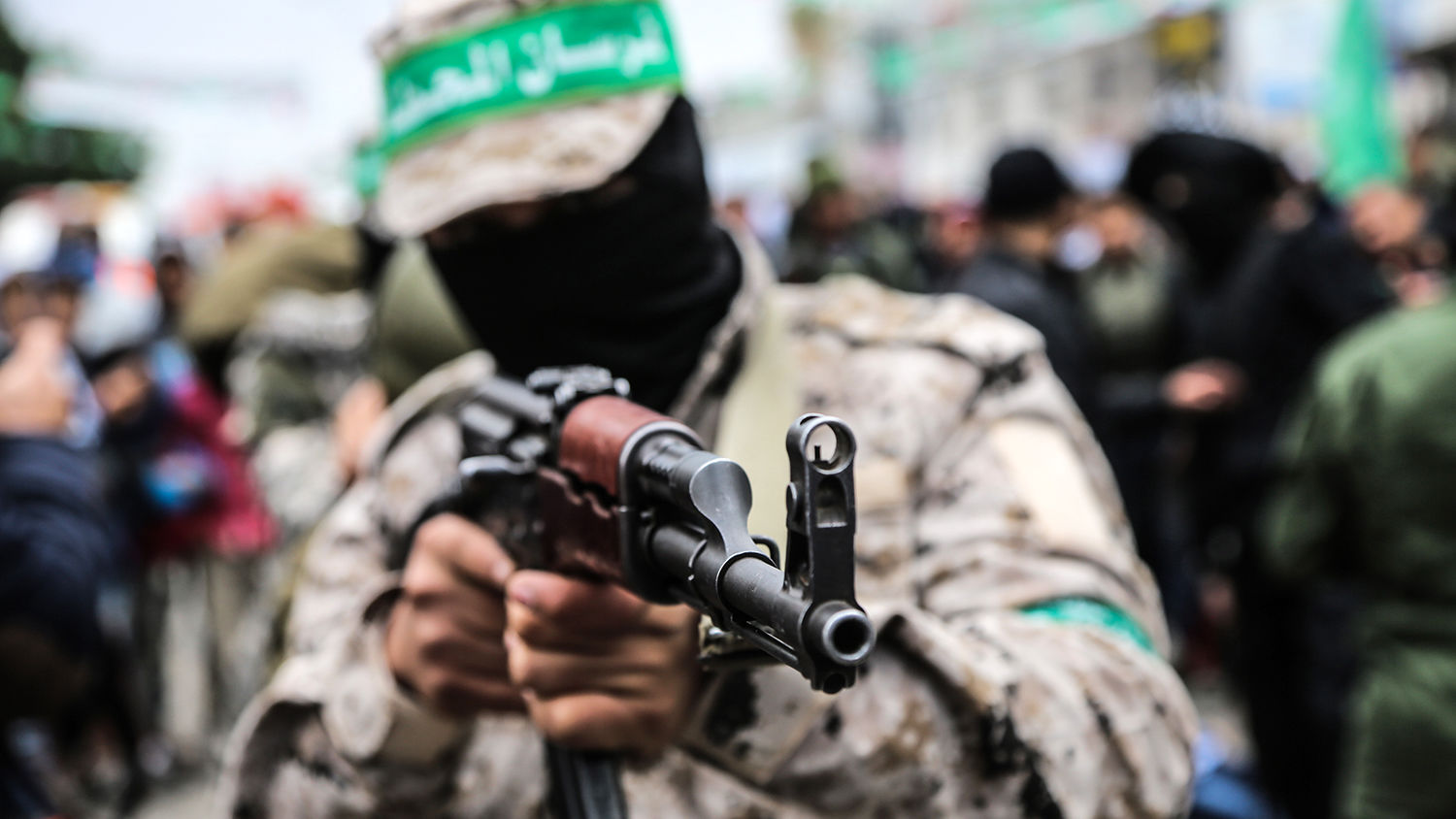 Palestinian supporters rally to mark the 29th anniversary of the founding of the Hamas movement.
GETTY IMAGES

Israel is surrounded by enemies; its ability to fight on multiple fronts may soon be tested. According to a July 31 report, the lone Jewish state may yet again face a coordinated Arab attack that could overwhelm its defenses.

Israeli defense officials say they believe Hamas and Iran have come to an agreement: If war breaks out in Israel’s north, Hamas and Palestinian Islamic Jihad will open a southern front to divide Israeli ground and air forces. This pincer movement has reportedly been orchestrated by Iran.

Iran has been working to turn Hamas into a powerful force against Israel. Iran has increased its involvement in the Gaza Strip, primarily by backing the military elements of Hamas and the Palestinian Islamic Jihad.

Iran and Hamas have engaged in increased contact in recent months. Hamas Deputy Chief Saleh al-Arouri has visited Iran five times in the past two years. While visiting Iran with several high-ranking Hamas officials in July, Arouri said, “We are on the same path as the Islamic Republic—the path of battling the Zionist entity and the arrogant ones.” He told pro-Hamas al-Quds tv in February 2018 that Iran is the only country “prepared to provide real and public support to the Palestinian resistance.”

Hamas Political Bureau Deputy Head Saleh Al-’Arouri: Iran Is the Only Country that Provides Real and Public Support to the Palestinian Resistance pic.twitter.com/i7f2ugZLOW

Commenting on the strengthening relationship between Iran and Hamas, Israel’s Coordinator of Government Activities in the Territories, Maj. Gen. Kamil Abu Rukon, warned that “Iran is trying to take control of the Strip.”

But Iran also has its eyes on the West Bank.

Israeli defense officials are concerned about Hamas operatives in the West Bank working to establish an infrastructure from which the terrorist group can exert its influence. Palestinian Authority President Mahmoud Abbas is 83 years old, with failing health. Hamas wants to fill the void when he is gone. A post-Abbas civil war within the Palestinian Authority could give Hamas the opportunity it is looking for.

The Arabs of the Fatah party currently control the West Bank. However, Hamas terrorists (and weapons) are present throughout the West Bank and there is little doubt that they are working toward getting control of this strategic region of Israel.

Hamas’s ultimate goal is to overrun Jerusalem. Such an event would likely motivate many moderate Arabs in East Jerusalem to turn radical. Control of the West Bank, which adjoins East Jerusalem, is therefore a crucial step for Hamas to achieve its goal.

Compared to Hamas and other Palestinian groups, Israel is significantly more advanced technologically and militarily. Could it lose control of Jerusalem?

A June 3 report by the Wall Street Journal found that Hamas and Palestinian Islamic Jihad have replenished their rocket supplies to roughly 10,000 short- and mid-range rockets. Israeli intelligence estimates that number to be closer to 20,000.

Yahya Sinwar, one of Hamas’s military leaders, thanked Iran for supporting the group’s arsenal. “Iran provided us with rockets, and we surprised the world when our resistance targeted Beersheba,” he said, referring to Gaza terrorists firing nearly 700 rockets at Israeli civilians in May. Sinwar warned Israel that next time it would respond with twice as many rockets.

Israel’s threat from the north, Hezbollah, is suspected to have around 130,000 rockets. Israel’s Iron Dome, David’s Sling and Arrow 3 missile defense systems are sophisticated and have saved many lives. But at what point those systems would fail to handle an overwhelming barrage of rockets is uncertain.

Israel’s survival hinges on technology and successful intercepts because it has lost sight of the one, true way it can be protected.

Hosea 8:14 says, “For Israel hath forgotten his Maker … and Judah hath multiplied fenced cities: but I will send a fire upon his cities, and it shall devour the palaces thereof.” Does Israel trust in its defenses more than it trusts in God? In Israel’s early wars, such as the 1948 War of Independence, the 1967 Six-Day War and the 1973 Yom Kippur War, God’s miracles were evident in the victories. Has Israel outgrown the need for God to protect it?

Have we forgotten God’s promise that “a thousand shall fall at thy side, and ten thousand at thy right hand”? (Psalm 91:7).

God tells Israel, who relies on its technological advancements as its shield, “O Israel, thou hast destroyed thyself; but in me is thine help” (Hosea 13:9). Those who turn to God for protection, “He shall cover thee with his feathers, and under his wings shalt thou trust: his truth shall be thy shield and buckler” (Psalm 91:4).

Zechariah 14:2 prophesies that half of Jerusalem will fall under Arab control. But these future events will lead to the coming of the Messiah. When His feet will stand on the Mount of Olives, He will be “king over all the earth” (verses 4 and 9), and “there shall be no more utter destruction; but Jerusalem shall be safely inhabited” (verse 11).

For more information about future events surrounding Jerusalem, request your free copy of Jerusalem in Prophecy, by Gerald Flurry.