Archaeologists have uncovered one of the largest gatehouses in northern Israel.
By Brent Nagtegaal • August 15, 2019 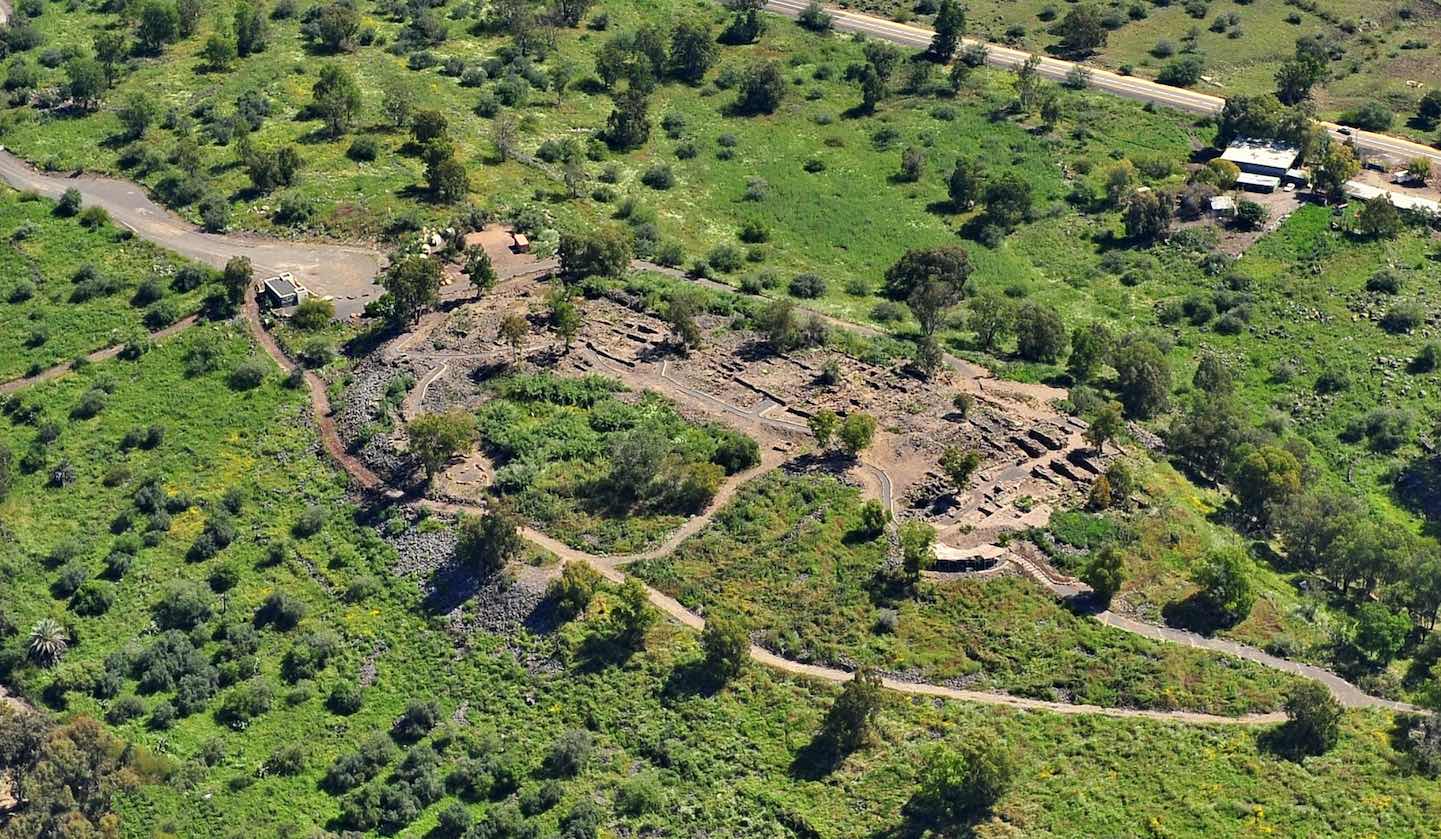 Jerusalem
Two miles north of the Sea of Galilee in the fertile delta of the Jordan River lies Tel Et-Tell, an ancient city that is likely the ancient city of Bethsaida—an important city 2,000 years ago. Every year, a team of archaeologists descends on the city to see what more can be discovered.

According to excavation director Prof. Rami Arav, the past seasons of the dig have yielded a massive gate complex, which was in use from some time in the 11th century b.c.e. to 920 b.c.e., when the city was destroyed.

Since King David ruled around 1000 b.c.e., this gate was definitely used during his reign. Its preserved height of around three meters makes it the largest and best-preserved gate in the land of Israel from that period, according to Arav. While that claim is debatable, it is a substantial gate complex.

Gate complexes held a highly important community function in Israel. City leaders could often be found at the gate, adjudicating cases brought to their attention. At other times, it was at the gate where merchants and businessmen would come to trade their wares with travelers. And when idolatry was in vogue, sacrifices would be brought to the gate to offer to the pagan deity.

Finding a gate in an archaeological site is significant because it is where the business of the city took place. The gate at Tel Et-Tell is no exception.

It is not just the size of the gate that makes it important, but what might have taken place there and how it relates to the biblical narrative and King David himself.

Remains from the Late Bronze Age, or the time of Joshua’s conquest of the Promised Land, have also been discovered at the site. The Bible records that although this land was given to the tribe of Manasseh, they were not able to drive out all of the inhabitants, whom the Bible calls the Geshurites (Joshua 13:13). The people of Geshur were an elusive people, who may have been a subgroup of the Arameans who occupied the area to the northeast, including Damascus. The Bible indicates that the Geshurites lived in this area from the time of Joshua through the reigns of King David and Solomon (Deuteronomy 3:14). Given that Tel Et-Tell is the largest of the settlements in the area, it stands to reason that it was the capital city of the Geshurites.

This is where the story gets interesting, especially in relation to biblical history.

During the last year and a half before King Saul’s death, the Geshurites return to the biblical record. During this time, David and his loyal supporters were on the run from King Saul. Because of David’s league with the king of Gath and King Saul’s pursuit slowing down, David was able to use this time to gain some territory for his large entourage of 600 men and their families. This history is recorded in 1 Samuel 27:3-8:

And David dwelt with Achish at Gath, he and his men, every man with his household, even David with his two wives, Ahinoam the Jezreelitess, and Abigail the Carmelitess, Nabal’s wife. And it was told Saul that David was fled to Gath: and he sought no more again for him. And David said unto Achish, If I have now found grace in thine eyes, let them give me a place in some town in the country, that I may dwell there: for why should thy servant dwell in the royal city with thee? Then Achish gave him Ziklag that day: wherefore Ziklag pertaineth unto the kings of Judah unto this day. And the time that David dwelt in the country of the Philistines was a full year and four months. And David and his men went up, and invaded the Geshurites, and the Gezrites, and the Amalekites ….

Shortly after David made a raid on the Geshurites, the Philistine army attacked King Saul. He was defeated in the north of Israel and died, along with his son Jonathan. The next seven years saw bitter infighting among the Israelites and the tribe of Judah. Saul’s dynasty continued to attempt to rule over Israel in the face of Philistine threats, while David reigned as king over the southern tribe of Judah only.

Now there was long war between the house of Saul and the house of David: but David waxed stronger and stronger, and the house of Saul waxed weaker and weaker. And unto David were sons born in Hebron: and his firstborn was Amnon, of Ahinoam the Jezreelitess; And his second, Chileab, of Abigail the wife of Nabal the Carmelite; and the third, Absalom the son of Maacah the daughter of Talmai king of Geshur.

While living at Hebron, during these seven years before he united Israel, David had many children from different women. His fourth wife, who wasn’t mentioned in the earlier accounts, was Maacah, the daughter of Talmai king of Geshur.

It stands to reason then that during the time of the raid on Geshur or some time shortly thereafter, King David married the daughter of the king of Geshur. Given that Tel Et-Tell was the royal city of the Geshurites, did David make that arrangement, or proposal, at the gate of the city? Perhaps the very same gate that was recently discovered? Certainly, that is a possibility, although we cannot know for sure.

More importantly, the discovery of the site speaks the reality of King David’s life and kingdom. This massive gatehouse belonged to a foreign king, who desired a political marriage between King David and his daughter. Surely a king who built such a city wouldn’t palm off his daughter on a small “tribal chieftain” living in the highlands of Judah. It makes more sense that Talmai desired to link his kingdom with that of King David’s. In this case, she was obviously “marrying up.”

The evidence at the site of Tel Et-Tell reveals that the city continued to be inhabited throughout the reign of King David. David’s third son, Absalom, whose mother was Maacah the Geshurite, would actually retreat to the house of his grandfather the Geshurite King Talmai after killing his half-brother Amnon (2 Samuel 13:37). He stayed there for three years.

After being accepted back into the fold at Jerusalem, he staged a revolt against his father David. But while the coup eventually failed and Absalom was killed for his treachery against his father’s house, the Bible records that the family of Geshur still was part of David’s royal line. Absalom had a daughter, whom he named after his mother Maacah, and she was the favorite wife of Solomon’s son, Rehoboam. And from their relationship, the next king of Judah, Abijah, was born (1 Kings 15:1-2).

Tel Et-Tell was partially destroyed, perhaps at the hands of Pharaoh Shishak of Egypt. Afterward, it was absorbed into the northern kingdom of Israel, where it continued until eventually suffering the same fate as the northeastern tribes of Israel. In 732 b.c.e., Tel Et-Tell’s 6-meter-thick city wall was breached and destroyed by the mighty Assyrian King Tiglath-Pileser iii.

Nevertheless, this is not where the city’s story ends. With only 4 percent of the site excavated, one can only guess what material remains from the time of the kings of Israel have yet to be unearthed.