Proof of divine inspiration of the Scriptures?
By Christopher Eames and Eleanor Clarke • August 26, 2019 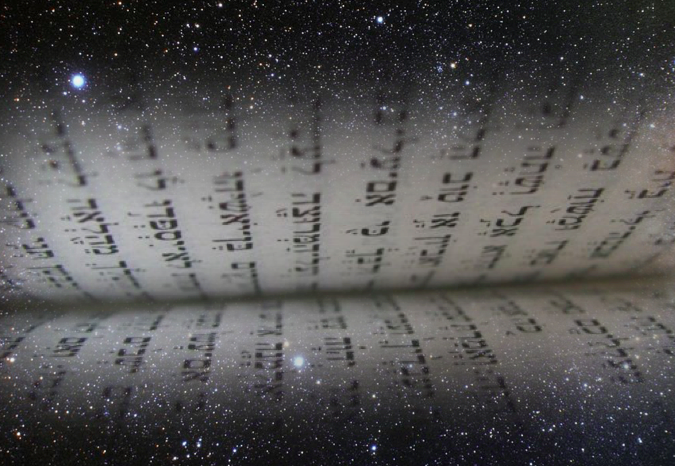 Research shows that the Bible is literally filled with remarkable linguistic nuances and unexplainable “coincidences.” Prof. Haim Shore, from the Ben-Gurion University of the Negev, has researched into the science behind these peculiar biblical intricacies. Described below are a small handful of his fascinating discoveries that relate to the question of divine inspiration of the Bible.

Let us state from the outset that Professor Shore is a self-described non-observant Jew. In an interview with Dr. Rivkah Lambert, Shore said of himself:

As a scientist, my only motivation was to reveal the truth, based on statistical analysis, based on real quantitative data. I have not tried to prove that the Torah is divine or any other such objective.

Here are a few of the coincidences Shore found in his research.

Letters in the Hebrew alphabet, like Roman numerals, have a numeric value. A word’s numeric value is the sum total of its letter values. For example, the total sum of the Hebrew word for pregnancy, heraion, is 271. This number is significant because it happens to be the median number of days for a pregnancy. On average, pregnancies last between 266-280 days. Shore suggests there is unique—and intended—significance in the early Hebrew word for pregnancy equaling the number of days for a pregnancy.

Another example: The Hebrew word for year is shanah. In the Hebrew calendar, a complete non-leap year is 355 days. What is the value for the word shanah? 355.

In biblical times, days were still customarily divided into 24-hour blocks. Midday and midnight occurred at the “sixth hour” of the day and night. Is there any significance behind these words?

Midday, tsaharaim, equals 345. Day, yom, equals 56. The value for midday divided by the value for day rounds to 6.

These are two completely separate sets of numbers—and they both equate to a rounded figure of 6!

Now compare day and night: In Jerusalem, the average daylight duration is longer than the night—about 51.8 percent for the day vs. 49.2 percent for the night. The value of the words for morning and day added together is 358. The value of the words for evening and night equals 347. To the nearest 10th of a percentage, the Hebrew words for morning and day represent the exact numerical percentage of time of average daylight. Likewise, with the evening and night, the dark is the corresponding numerical percentage.

Shore also found that the value of the words for colors—such as red (adom) and yellow (tsahov)—match up with their wave frequencies. That the value of the words for Earth, sun and moon correspond to the diameters of each of these celestial bodies—among other Hebrew planetary “coincidences.” (Such results are shown by logarithmic scale. For more on this, take a look at Shore’s short video here. He also explains the virtual impossibility—statistically—of these results happening by “chance.”)

How could the ancients have known? Typically, evolutionary scientists paint them as blundering simpletons grunting out primitive words. They especially like to downplay the complexity of Israel’s past compared to that of the nations around it. Where did this ancient mathematical linguistic precision come from? Even granting ancient Israelite society a high level of complexity and intellect, how humanly possible is it to have this level of intricacy underlying the “common” language? And remember, these are ancient biblical words, not some modern mathematical Hebrew synthesis. These are words that have been discovered on artifacts some 3,000 years old!

What about non-mathematical “coincidences”? The word ozen (ear) is another interesting Hebrew word. The Hebrew word for balance is ezun, which comes from the same root word. Today, we understand that our sense of balance comes from the mechanism in the ear. But this was only discovered at the end of the 19th century! Is it just coincidence that the biblical Hebrew words for ear and balance are directly connected? (See here for many more “modern” scientific discoveries that were actually already known—or divinely revealed?—in the pages of the Bible.)

There are other nuances of the Hebrew language. Hebrew words can often be read forward and backward, with different meanings. Those meanings, obviously, get lost in translation. Shore gives several examples, one of which is from Genesis 6:8. This verse says, “Noah found grace in the eyes of the Lord.” “Grace” is actually the same word as Noah, inverted. Again, just coincidence? Or a special, added depth and richness to the language?

There are many stunning examples that could be given. (You’ll have to take a look at Professor Shore’s 326-page book for more information.) And his work is only half of it. There is another, related field of research known as Bible numerics—examining the precise mathematical layout of the Bible. This underlying numerical system was discovered and researched by Ivan Panin (1855–1942). Without going into detail, here is a quick example of the numerics behind the first verse of the Bible, Genesis 1:1. Specifically, regarding the use of sevens—a particularly significant divine number, the biblical number of “completion”—that feature in this verse.

In the beginning, God created the heaven and the earth.

When I first obtained the new findings on my computer’s screen, I could not believe my eyes – it was so overwhelming! I ran around like a lion in a cage. I then ran and reran the program and still got exactly same results. It took me awhile to digest all these new findings and comprehend that these are all for real.

So why isn’t the research more widely known and discussed? In his book, Shore explains why it was never published in a scientific journal:

The reader may wonder why the statistical analyses in this book, including those in the current chapter, have not been submitted for publication in recognized and highly esteemed scientific journals, like Science or Nature. The answer may be easily guessed: No journal was willing to even consider reviewing (let alone publish) papers with claims, as displayed in this book. Open-mindedness to all facts of nature, a source of pride for many highly revered journals, ended when claims of religious flavor, no matter how scientifically corroborated, were involved. Therefore, as a result of responses received to preliminary enquiries, none of the statistical analyses displayed in this book have ever been submitted for review in peer-reviewed journals.

I can hardly blame editors who have refused even seeing a first draft of a paper. I might have decided likewise, had I not known better.

It’s troubling that our scientific editors and educators will only publish knowledge and discoveries suiting their own theories and agenda. That’s not science—that’s religion. And it’s quite literally a cover-up.

So the question remains for you, the reader, to decide: Are all of these elements of the biblical Hebrew language coincidental? Or proof that the Holy Book—as the Scriptures themselves state—is “God-breathed”? Can you know the answer? What about any other evidence, any other fields of research? History? Prophecy? Miracles? For more information, request our free booklets The Proof of the Bible and Does God Exist?