Johnson’s newly appointed pro-Israel cabinet and the fulfillment of a prophetic alliance
By Warren Reinsch • August 13, 2019 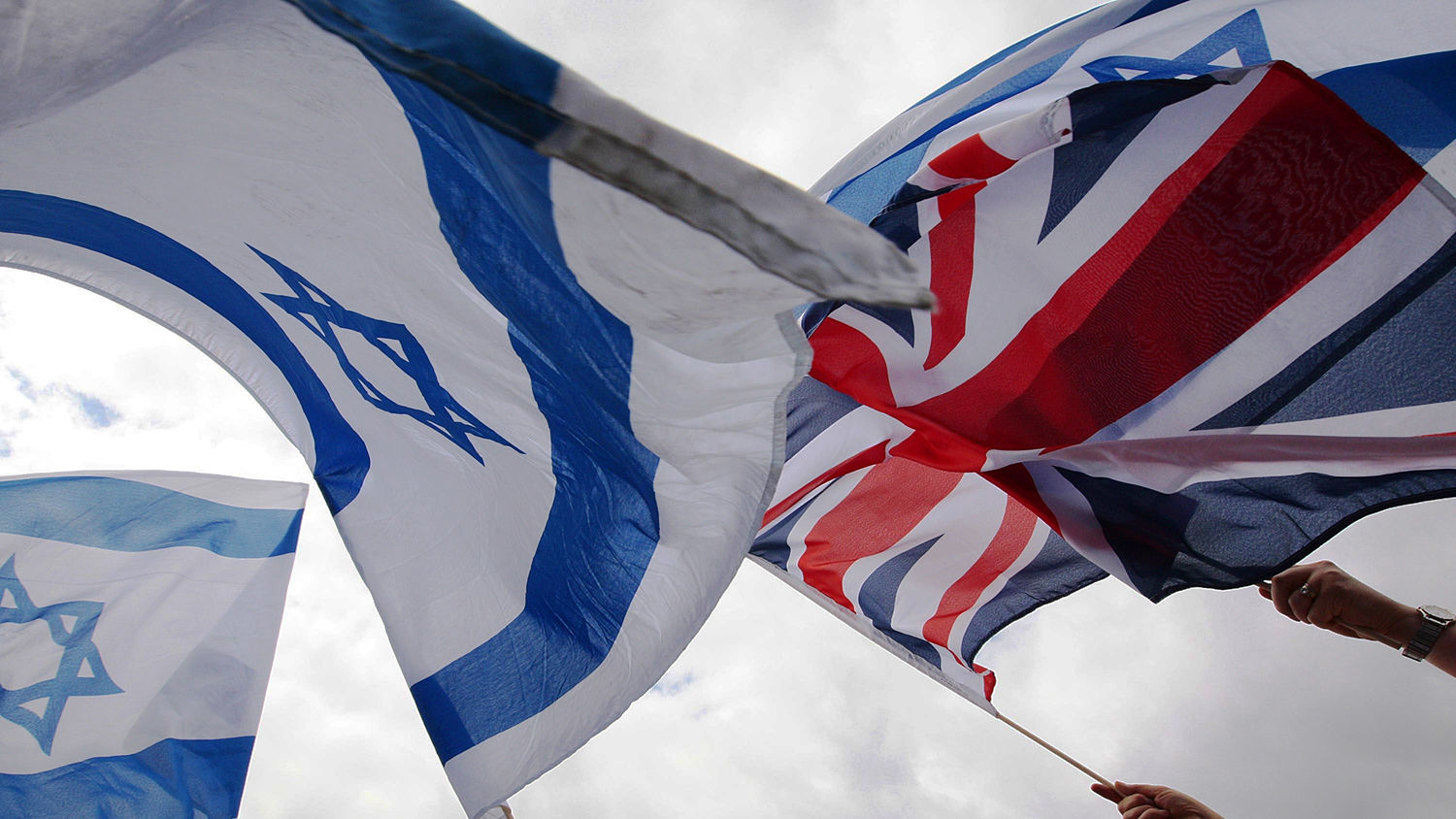 The Union Jack and Israeli flags during the Salute to Israel celebrations in Trafalgar Square, London
PA IMAGES/GETTY IMAGES

united kingdom
Britain has often not been Israel’s best friend. But British-Israeli relations seem set for a big shift. After meeting with Queen Elizabeth ii on July 24 to discuss forming a government, newly elected British Prime Minister Boris Johnson’s cabinet was announced. Surprisingly, many of its ministers have pro-Israel views.

Raab’s Jewish grandfather fled Czechoslovakia in 1938, escaping the German invasion. While attending Birzeit University near Ramallah in the West Bank, Raab became involved in the early Arab-Israeli conflict, where he worked for one of the principal Palestinian negotiators of the Oslo Accords.

His Jewish history and involvement in the Arab-Israeli conflict could have a large impact on future British policy toward Israel.

Home Secretary Priti Patel was previously the vice chair for Conservative Friends of Israel and is still a member of the pro-Israel group. Patel was sacked from former Prime Minister Theresa May’s cabinet for holding about a dozen meetings with the Israeli government—which included Prime Minister Benjamin Netanyahu—while visiting the Golan Heights on holiday. Patel was accused of holding these meetings in secret without notifying the Foreign Office. Patel claimed that then Foreign Secretary Boris Johnson and the Foreign Office knew about the meetings and that she paid for the visit herself.

Chancellor of the Exchequer Sajid Javid is another member of Conservative Friends of Israel. He made a three-day trip to Israel and the West Bank last month. While making a rare visit to the Western Wall, Javid, who comes from a Muslim family, wore a traditional Jewish kippah. He also visited and prayed at al-Aqsa Mosque on the Temple Mount and the nearby Church of the Holy Sepulcher.

After becoming the first UK minister to visit Israel for almost 20-years, Sajid Javid reflects on the significance of strong ties with the Jewish state and working towards peace https://t.co/VRViMD8zIK pic.twitter.com/row3Sj9Fy5

Adopting his father’s belief in Jewish-Muslim coexistence, Javid said, “We love Jewish heritage very much and appreciate it.” During his time as home secretary, Javid proscribed Hezbollah’s political wing as a terrorist organization, a declaration that Britain and the majority of Europe refuse to make. Javid’s stance against Hezbollah is one gladly welcomed by the Israeli government. His position could cause Britain to follow United States President Donald Trump’s lead by further sanctioning Hezbollah in an attempt to break it from Iranian control.

Chancellor of the Duchy of Lancaster Michael Gove is also a member of Conservative Friends of Israel. Gove has described himself as “a proud Zionist” and supports the United Jewish Israel Appeal’s fundraising activities.

“To me, Israel is an inspiration,” Gove was quoted by the Jewish Chronicle. “The Jewish people, after millennia of persecution, built a home while surrounded by enemies and made that home a beacon of liberty. Israel’s vibrant democracy, respect for individual freedom, and restlessly innovative culture make it an example to others.”

Environment Secretary Theresa Villiers is the current vice chair of Conservative Friends of Israel. On July 19, 2018, Villiers was the only member of Parliament to attend a predominantly Jewish rally by the Campaign Against Anti-Semitism, protesting Jeremy Corbyn and the Labour Party. She is also an outspoken supporter of Iranian resistance to the regime of Iranian Supreme Leader Ayatollah Ali Khamenei.

Under this pro-Israel administration, Britain decided to join the United States’ naval initiative, with Israeli intelligence support, to escort international trade through the Strait of Hormuz. Dominic Raab said the United Kingdom had to respond to the “increased threat” after several suspected Iranian attacks against and seizure of two oil freighters. At this point, Britain, Israel and the U.S. are the main Western nations confronting Iranian aggression.

As a result, the U.S. and Britain’s pro-Israel administrations are temporarily saving Israel from Iranian aggression and spurring economic growth and security in the Jewish state. Watch Jerusalem managing editor Brad Macdonald drew attention to Israel’s resurgence in “A Prophesied Resurgence in Israel.”

The U.S., Britain and the Jewish nation in the Middle East are all descendants of ancient Israel. The resurgent ties these three nations are experiencing highlights the close brotherly bonds that are rooted in biblical times. (For proof of this, request a free copy of The United States and Britain in Prophecy, by Herbert W. Armstrong.)

The U.S. is currently experiencing a prophesied resurgence, something Watch Jerusalem editor in chief Gerald Flurry wrote about in “Saving America From the Radical Left—Temporarily.” The other nations of Israel (Britain and Judah) are each experiencing the trickle-down effect of America’s resurgence.

This national resurgence is an act of God’s mercy upon the nations of Israel to give the people in these nations more time to turn to Him. But that resurgence is only temporary. God prophesies in Zechariah 11: “Then I cut asunder mine other staff, even Bands, that I might break the brotherhood between Judah and Israel” (verse 14). God will sever the ties that once bound these brother nations in a tightly knit alliance. In “Band of Brothers,” Watch Jerusalem executive editor Stephen Flurry wrote:

This brotherhood among three peoples—the Americans, the British and the Israelis—has been especially close the last two centuries because of the historical ties that are rooted in the very first book of the Bible—and because of God’s hand in establishing these end-time nations and raising them to unprecedented heights of world power.

Britain, Israel and the United States have been blessed with economic prosperity, geographic preeminence, militarily supremacy and political stability unlike other nations. The new pro-Israel government in Britain is another sign that these three nations are experiencing a temporary resurgence.

That resurgence will end, as God will punish all these nations for disobeying Him. But once they have learned their lesson and turn to God, He will bless them as never before. A permanent partnership will then be established between Britain and the Jews. Isaiah 11:13 says that at that time “Ephraim shall not envy Judah, and Judah shall not vex Ephraim.” Division between the two will end forever.

For more information about the history and prophecy of this Israelite brotherhood, read “Band of Brothers.”