Five discoveries that caught our eye
By Christopher Eames • January 11, 2018 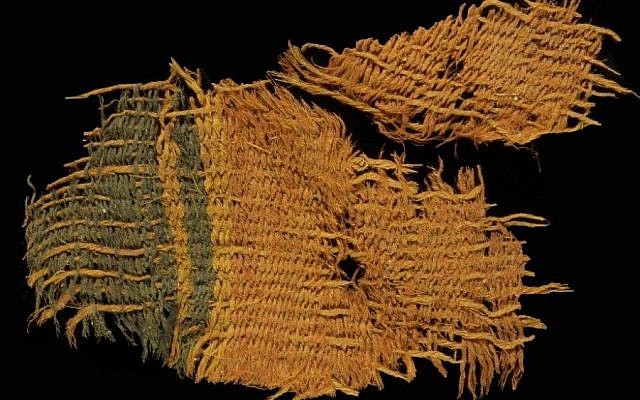 Numerous exciting archaeological discoveries were made in 2017. These included a number of biblically significant artifacts—and we have again put together a list of our top five for the year. They are the following.

Governor of the City

“Governor of the City” was an official biblical title within Judah’s ancient capital city, Jerusalem. During the days of King Hezekiah, that title was carried by Joshua (2 Kings 23:8), and during the rule of King Josiah, the role was held by Maaseiah (2 Chronicles 34:8).

At the end of 2017, a tiny clay seal confirming this rank was made public. Excavators near the Western Wall complex discovered the seal, which bore the inscription: “Belonging to the Governor of the City” underneath two figures in striped clothing. The clay object would have been used to seal an official document, and dates to the eighth century B.C.

Read our article here for more information on this find.

This one is a broader overview, rather than a single artifact. Excavations have been taking place at Timna, in Israel’s southern Negev region, for over a decade—and 2017 was a particularly exciting year. The area, which once belonged to the kingdom of Edom, houses the earliest known copper mine in the world. And excavations have shown that copper production peaked during the 10th century B.C.—during the time of Israel’s Kings David and Solomon.

The Bible describes Solomon using an immense amount of bronze to build the temple. In order to produce the bronze, a heavy supply of copper would be needed. The Timna mines fit the bill perfectly.

The Bible describes King David actually controlling this entire region of Edom—and thus the output of the mines. 2 Samuel 8:13-14 read:

And David gat him a name when he returned from smiting of the Syrians in the valley of salt, being eighteen thousand men. And he put garrisons in Edom; throughout all Edom put he garrisons, and all they of Edom became David’s servants. And the Lord preserved David whithersoever he went.

Numerous pieces of weaponry and a five-meter-high fortified wall have been recently found dating to the 10th century B.C., helping to corroborate this verse. Alongside the wall, a heavily defensed gatehouse and donkey stable was found, likewise dating to the 10th century B.C. When some preserved, 3,000-year-old donkey manure was examined, it indicated that their feed (of straw, hay and even grapes) originated from around the Jerusalem area. This is another key link to the centralized Israelite power emanating from Jerusalem during the period of David and Solomon and the need for copper throughout the kingdom, especially for the Jerusalem building projects of the temple and palaces.

Alongside these recent discoveries, pieces of beautifully dyed clothing were found at the mines. These fabrics also date to the 10th century B.C. and show that these mines were being operated by finely dressed craftsmen, rather than a ragtag team of slaves.

The biblical story of the handmaid Hagar is well known. Abraham’s wife, Sarah, was unable to bare a child and had reached an old age. Knowing God’s promise of a son, but doubting the means, she offered her handmaid Hagar to Abraham to serve as a surrogate mother. Hagar gave birth to a son, Ishmael; however, the resulting familial crisis meant that Hagar and Ishmael were sent away.

A new discovery of a 4,000-year-old marriage contract has helped shed light on the story of Abraham and Hagar. A tablet, written in ancient cuneiform Assyrian script, was recently discovered on the fringes of Mesopotamian society in Kültepe-Kanesh, Turkey, dating roughly around 2000 B.C.—right around the time Abraham was on the scene. The tablet is in the form of a marriage contract, stating that if the couple cannot produce a child after two years, then a slave will be brought in as a surrogate mother to produce a male descendant for the husband and wife. The slave-mother was then to be set free after giving birth to a male. The tablet is the earliest-known reference to infertility—and its parallels to the story of Hagar are unmistakable.

Read our full article on this discovery here for more significant information that this new discovery reveals.

A series of recent digs at the City of David have uncovered a new and impressive collection of stamped clay seals known as bullae. The bullae contain the names of various officials that served in Judah. The recently discovered trove, dating to before the 586 B.C. destruction of Jerusalem, includes a number of biblical names such as “Phineas” and “Menahem.” What is particularly interesting about this collection, according to the excavators, is the presence of more traditionally Israelite names shown on the bullae, as opposed to typical Judahite names used in the southern kingdom.

A likely answer for this is that these bullae belonged to Israelite refugees and/or their descendants who fled into Judah after the 720 B.C. destruction of the northern kingdom of Israel. Some of these Israelites must have then gained positions of prominence in the southern kingdom, thus being granted their own official seal stamps.

The biblical account confirms that Israelites immigrated into Judah and were living there after the Assyrian invasion (see 2 Chronicles 30:25; 31:6). We also know from the biblical record that, while nearly all the Israelites were deported by the Assyrians, some few remained in the land afterward. King Hezekiah reached out to them, inviting them to keep the Passover in Jerusalem (2 Chronicles 30). While most derided the invitation, certain Israelites did respond to Hezekiah and traveled into Judah.

Thus we should expect to see an Israelite presence in Judah—the bullae trove adds further material support to what was already known from the biblical account. For more information about this discovery, see our article here.

This is another wider excavation, rather than a singular find. Excavations restarted at Shiloh at the beginning of 2017, as led by the Associates for Biblical Research team. The Bible describes Shiloh as the site of the tabernacle from the days of the Israelite entry into the Promised Land (end of the 15th century B.C.) to the days of Samuel and Eli (11th century B.C.). The site was then abandoned after the Philistines defeated the Israelites and took the ark of the covenant.

Excavations this past year have revealed many large jugs, as well as a ritual chalice, dating to the period of Eli and Samuel when the tabernacle was still in operation. Furthermore, the items discovered from this time period show evidence of being abandoned suddenly—thus fitting with the biblical description of the shock defeat of the Israelites at the hands of the Philistines.

These discoveries go hand in hand with those already made at Shiloh confirming the biblical account, such as remains of sacrificial animals used for offerings at the site. Excavators are still hoping to discover just where the ancient tabernacle once stood.

These are just a short selection of artifacts discovered during 2017 that parallel the biblical record. There were many more—such as the discovery of a “hidden ink” inscription on the back of a 600 B.C. pottery shard. New multispectral imaging has enabled the text to be read, which includes the name “Yahweh.” At Jerusalem, further evidence was uncovered showing the destruction of the city in 585 B.C. at the hands of the Babylonians. There was also the discovery of 3,200-year-old pagan ritualism that occurred in Libnah. The Bible describes this as a Canaanite city that was later taken over by the Israelites.

To see our top five list from 2016, click here. We eagerly await the discoveries that 2018 brings us—especially in light of our new three-month joint archaeological project in Jerusalem, led by Dr. Eilat Mazar. Stay tuned to Watch Jerusalem for more news of those excavations, along with other discoveries around Israel and the Middle East as they come to light.

And for a wider picture of the reliability of the Bible, not just verifiable by archaeology alone, check out our free booklet The Proof of the Bible, by Herbert W. Armstrong.