Iran Rejoices, Israel Braces: The ‘B-Team’ Is No More 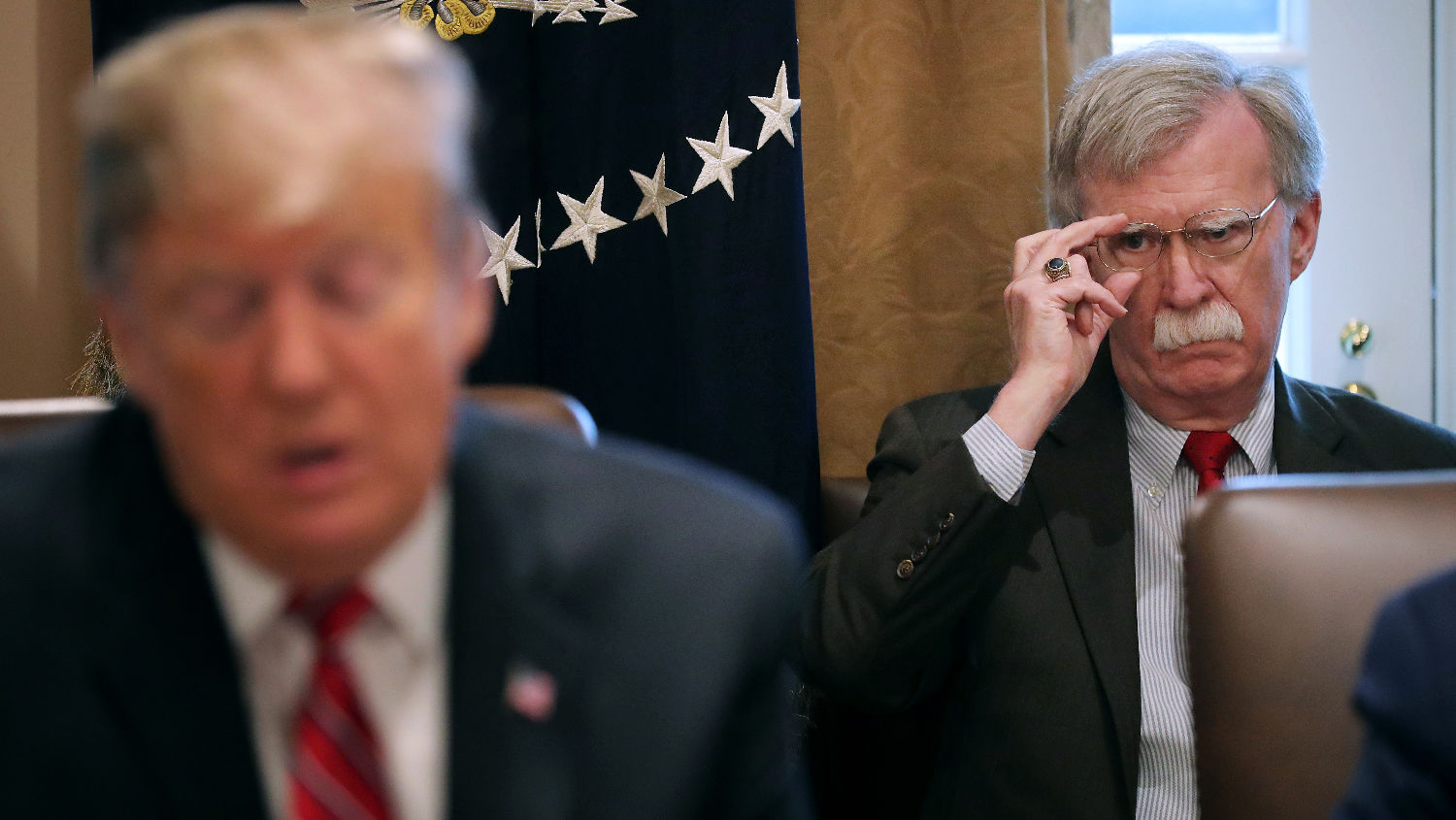 Reports indicate that Bolton advised strongly against the U.S.’s planned face-to-face peace negotiations with the radical Islamist Taliban from Afghanistan. According to the Daily Beast, Bolton argued that bringing representatives from the Taliban to the United States for talks so close to the September 11 anniversary would be completely inappropriate. The fact that the president had to pull out of the negotiations with the Taliban this past week, largely vindicating Bolton’s position, was likely too much for Mr. Trump to handle.

However, more than Afghanistan, it was disagreements over U.S. policy on Iran that led to Bolton’s resignation.

It’s worth remembering that Bolton’s strong position on Iran was one of the reasons he was offered the job in April 2018. For decades, Bolton has lobbied hard for a strong American policy against the Iranian regime. Given Trump’s anti-Iran deal rhetoric and his policy of maximum pressure on the regime, Bolton’s inclusion in Trump’s inner circle was understandable.

However, according to a number of individuals involved in national security policy in the Trump administration, the relationship became impossible over the past few weeks as the president began to consider meeting with Iranian President Hassan Rouhani on the sidelines of the United Nations General Assembly in September.

For Bolton, the fact that Trump was even considering the meeting was anathema; it indicated his counsel regarding Iran was no longer valued. According to Time magazine, Trump and Bolton’s final conversation revolved around Trump’s desire to signal he was ready for a meeting with the Iranians.

Bolton represented a bulwark inside the Trump administration against any weakening on Iran. Though America’s “maximum pressure campaign” against Iran will continue, the end goal will now likely involve a new nuclear deal, perhaps including Iran’s ballistic missile program.

As Eli Lake surmised in his article “Without Bolton, Trump Can Now Go Soft on Iran,” “While he would never acknowledge it, Trump is basically pushing for a bargain very similar to the one that he criticized [former President Barack] Obama for negotiating.”

This is a far cry from the absolute containment or regime change that Bolton hoped the maximum pressure campaign would accomplish. While Trump would strike a far better Iran deal than Obama’s negotiating team, the softening position on Iran before any visible change in Iran’s behavior was too much for Bolton.

But more than just indicating that the United States policy toward Iran might soften, Bolton’s departure is also a very worrying sign for Israeli Prime Minister Benjamin Netanyahu.

For the past year, Iranian Foreign Minister Javad Zarif has labeled the Bolton and “Bibi” Netanyahu anti-Iran lobby as the “B-Team.” Zarif used the platforms of international forums and social media to promote the idea that America’s hard-line approach toward Iran was purely a result of Bolton’s and Netanyahu’s influence.

Zarif has often asserted that if the B-Team were removed, Trump and Iran would get along just fine. Here are a few examples:

For millennia, Iranians have outlasted every aggressor.

But, the US has spent $7 trillion & rivers of blood in our region, in its biggest failure since Vietnam. @realDonaldTrump: reject #B_Team’s fake history & its thirst for #ForeverWar.

Having failed to lure @realDonaldTrump into War of the Century, and fearing collapse of his #B_Team, @AmbJohnBolton is turning his venom against the UK in hopes of dragging it into a quagmire.

Only prudence and foresight can thwart such ploys.

Zarif’s Twitter trolling notwithstanding, Bolton’s departure validates the idea that Bolton was far stronger on Iran than President Trump.

It also confirms our long-standing forecast that Trump’s efforts will not induce Iran to change its long-term strategy. Bible prophecy is clear that Iran forms the head of the radical Islamic camp that craves control of the Middle East and beyond. Iran will only be stopped by a superior military force. (Please request Watch Jerusalem editor in chief Gerald Flurry’s booklet The King of the South for a more thorough explanation of this prophecy.)

But more than just learning about lessons on Iran, Bolton’s departure is a warning sign for Israel that there are limits on the alignment between Trump and Netanyahu.

In terms of Iran, Bolton was Netanyahu’s man in the White House. While both men parse their words carefully, they share the view that only regime change or overwhelming shows of force will contain Iran. In their calculus, any deal-making with Iran will not be effective unless it is backed by the credible threat of legitimate military intervention; something both men know Trump is not interested in.

According to multiple sources, Netanyahu was also on the phone to Trump to try and discourage any premature meeting with Rouhani. The “B-Team” was united on this front, but it wasn’t enough to persuade the president.

Certainly, Trump has been correctly labeled as the greatest friend of Israel to ever grace the Oval Office. His moving of the U.S. Embassy to Jerusalem, recognition of the Golan Heights, as well as other pro-Israel actions, indicate how favorably the president views the Jewish state. This pro-Israel sentiment will likely continue for some time. Certainly, both leaders will seek to cover up any disagreements for the near term as it is politically expedient for both leaders to maintain a close relationship.

The massive campaign posters hanging throughout Israel’s cities for next week’s Israeli election testify to Netanyahu’s belief that the strong relationship with Trump will secure him another mandate in office.

Hebrew on the billboard reads “ #Netanyahu, in another league ” #Jerusalem #TelAviv #Trump pic.twitter.com/vwivzSxjjV

And from Trump’s perspective, continuing to show himself as Israel’s greatest supporter is critical for his own reelection hopes in the U.S. In fact, at least until after the next election, Trump must show himself to be an ardent supporter of Israel.

Trump’s wholesale support for the Jewish state is one of the main reasons the president garnered around 80 percent of the evangelical vote in the 2016 election. Coming out vocally against Israel or Prime Minister Netanyahu (as he did Bolton) before the election would be disastrous for Trump’s campaign.

Nevertheless, the fundamental disagreement between Netanyahu and Trump on how to deal with Iran indicates that a bumpy road ahead is inevitable.

On this point, Bible prophecy clearly indicates that there will be an eventual break between the United States and Israel. Zechariah 11:14 states that in the latter days the relationship between Israel and the U.S. will sour to the point of severance. Until now, it seemed that such a break would be impossible during President Trump’s tenure. However, the lessons garnered from Bolton’s firing have shown that there are some fundamental differences between Israel and President Trump.

If you would like to understand more about these prophecies and others that guide our understanding of the Middle East, specifically Iran and Israel, request our free booklets The King of the Southand Jerusalem in Prophecy.