Terrorist activity continues to threaten the existence of the Jewish State.
By Warren Reinsch • October 2, 2019 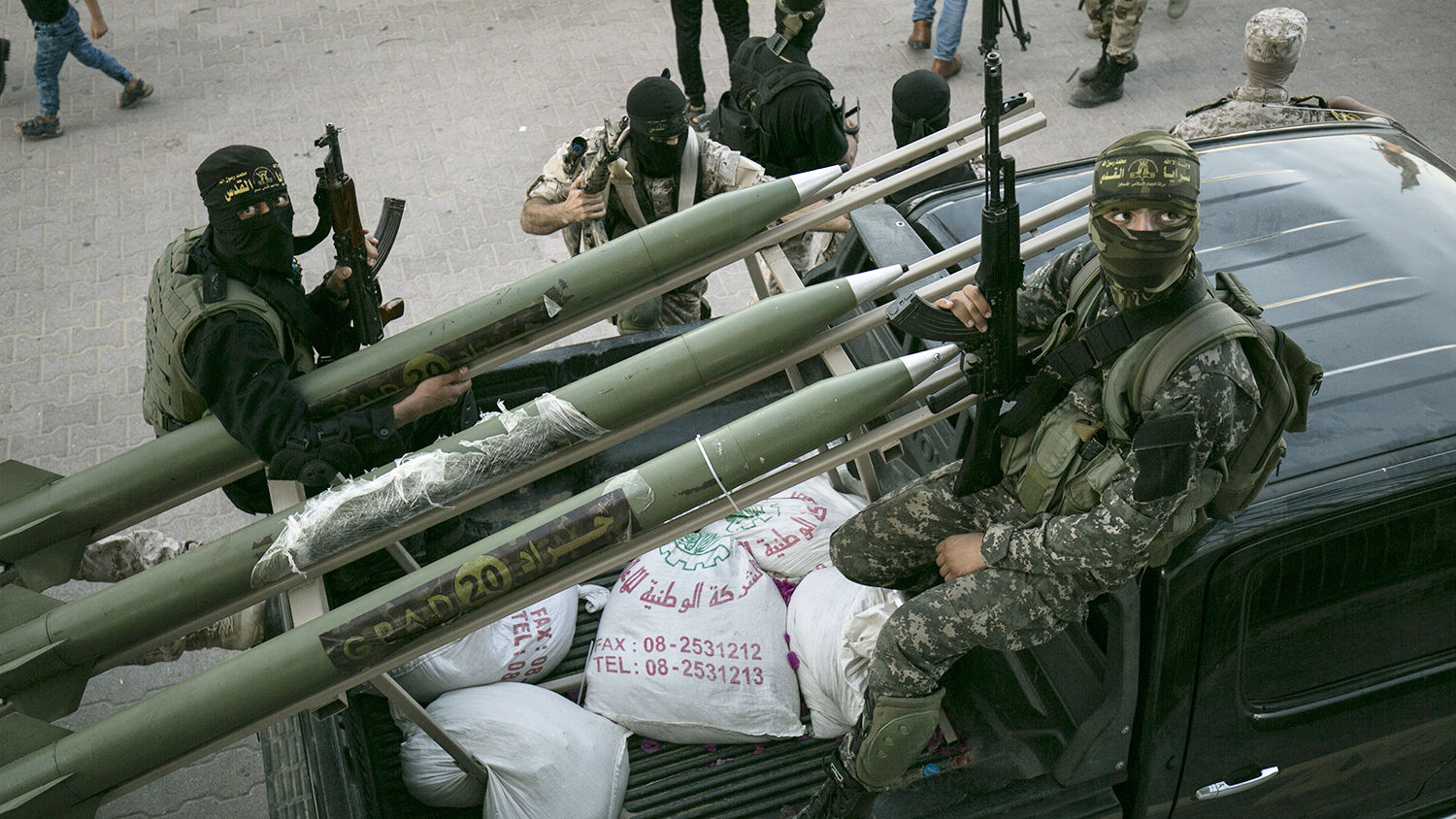 Palestinian militants from the Al-Quds Brigades, the armed wing of the Islamic Jihad movement, sit on a pick-up truck mounted with rockets during a rally in Rafah in the southern Gaza Strip on July 28, 2016.
SAID KHATIB/AFP/GETTY IMAGES

Photographs of the seized prototypes assembled in Tulkarem presented by Channel 12 showed the rockets to be “makeshift” and “unsophisticated.” Though crude in nature, the rockets could be improved over time, posing a direct threat to central Israel.

Israel has faced missile threats from the Gaza Strip for years now; however, attacks from the West Bank would further complicate an already dangerous situation by threatening the densely populated coastal plain.

Tulkarem is located merely 34 kilometers northeast of Tel Aviv and 61 kilometers northwest of Jerusalem. Seventy percent of Israel’s population lives in the 260-kilometer-long and 16-kilometer-wide coastal plain. A successful establishment of a missile-production facility in Tulkarem would have given Palestinian Islamic Jihad the ability to bombard this population center, primarily Tel Aviv, from both the West Bank to the north and Gaza to the south.

Algemeiner reported, “According to intelligence assessments, various terrorist groups in the West Bank are attempting to establish infrastructure to enable them to conduct major attacks.”

According to the American Israel Public Affairs Committee, “Palestinian Islamic Jihad is an Iranian-inspired terrorist group committed to the violent destruction of Israel and the creation of an Islamic Palestinian state in its place.” Founded after the Iranian Revolution, the terrorist group adamantly “refuses to negotiate with Israel and views violence” as its only option. After Hamas, Islamic Jihad, which controls several weapons-production facilities, is the second-largest terrorist group operating in Gaza and the West Bank.

Iran is Palestinian Islamic Jihad’s largest supporter. The terrorist organization receives $70 million per year in funding from Iran. When Iran announced in August that it would increase its annual funding to Hamas by 260 percent, Dr. Yossi Mansharof, an expert at the Jerusalem Institute for Strategy and Security, told the Jerusalem Post that it was likely that Palestinian Islamic Jihad “would also get an increase in funding.” The organization possesses approximately 8,000 rockets and commands around 6,000 fighters and 9,000 activists.

Iranian-backed “terrorist organizations are pushing for terrorist attacks in Judea and Samaria,” reported Mako. “[T]hey are securing funding for terrorist activities” and actively working to “rehabilitate” terrorist cells in the West Bank from which they can attack Israel.

The Bible prophesies of an end-time “push” revolving around Jerusalem. Daniel 11:40 says, “And at the time of the end shall the king of the south push at him ….”

Watch Jerusalem has repeatedly identified “the king of the south” as radical Islamic extremism, led by Iran. It is an extremely radical nation with a very push foreign policy. (For proof, request your free copy of The King of the South.)

Additional prophecies in the Bible show that this push will revolve around Jerusalem. Zechariah 14:2 says that one half of Jerusalem will fall under radical Islamic control; East Jerusalem will be conquered by the Palestinians.

While Palestinian Islamic Jihad’s attempt to manufacture low-tech missiles in the West Bank would not cause East Jerusalem to fall into the hands of the Arabs, it does highlight a dangerous trend.

Speaking to the Knesset’s Foreign Affairs and Defense Committee on Nov. 6, 2018, Shin Bet director Nadav Argaman said: “On the surface, it appears as if there’s relative calm; but this quiet is deceptive, because beneath the surface tensions are increasingly simmering.”

Iran opened another front against Israel through the West Bank. Not only has Iran been recruiting sleeper cells—terrorists disguised as ordinary, everyday people waiting to be activated at the opportune moment to strike—but now it is attempting to incite violence and even manufacture rockets in the West Bank. Despite Israel’s sophisticated security establishment, Iran is making inroads in the West Bank.

“Looking at the ongoing violence in Jerusalem today—the absolute inability of the involved parties to solve things by peaceful means—we can easily see how one half of Jerusalem shall be taken captive in the very near future,” writes Watch Jerusalem editor in chief Gerald Flurry in his booklet Jerusalem in Prophecy. “The present violence in an embryo that is about to grow into much greater violence.”

Watch Jerusalem! Current events, like the Palestinian Islamic Jihad’s attempt to manufacture rockets in Tulkarem, show just how close the Zechariah 14 prophecy is to being fulfilled.

For more detail about this prophecy in Zechariah 14 and the incredible hope it contains, please read Jerusalem in Prophecy.