Ireland: The ‘Lost’ Tribe of Dan?

Could the Irish be descendants of this ancient Israelite tribe?
By Watch Jerusalem Staff • October 7, 2019 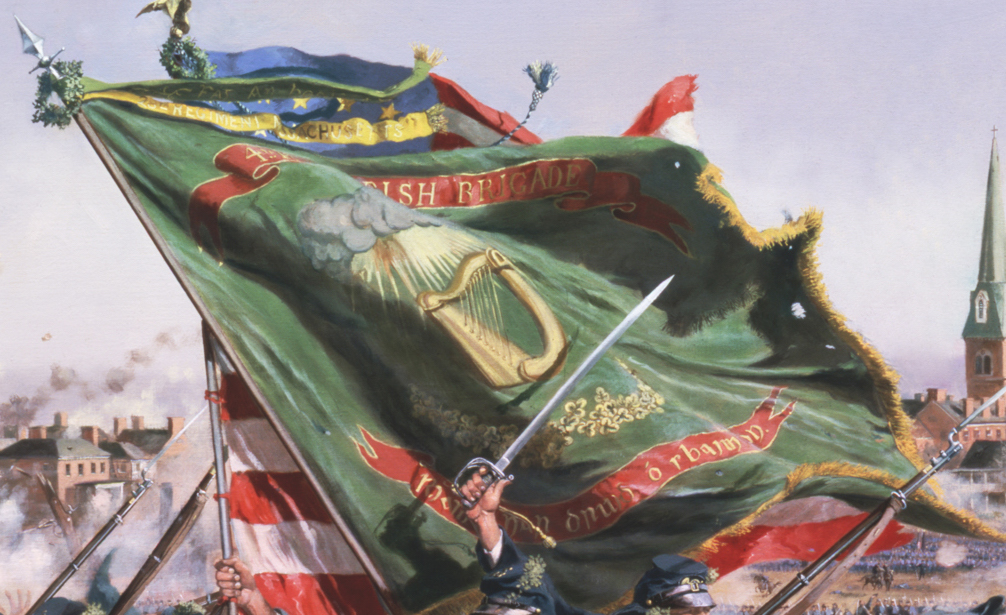 The iconic Irish harp symbol featured on the flag of The Irish Brigade, 28th Massachusetts Regiment, during the Battle of Fredericksburg (1862). The large number of Irish immigrants in America meant that Irish forces made up a significant number of troops fighting on both sides of the Civil War. The 28th Massachusetts Regiment here fought as part of the Union Army. Portion of Don Troiani’s painting “Clear the Way” (1987).

In his seminal work The United States and Britain in Prophecy, Herbert W. Armstrong established that the United States and British Commonwealth represent the tribes of Manasseh and Ephraim, respectively—one tribe prophesied to become a great nation,and the other, a company, or commonwealth, of nations. While his book focused primarily on those two birthright tribes, Mr Armstrong did identify the Irish as the modern descendants of the tribe of Dan.

On today’s program, host Christopher Eames examines the evidence for identifying the modern-day Republic of Ireland, and the Irish people, as the tribe of Dan.

Article: Tribe of Dan: Sons of Israel, or of Greek Mercenaries Hired by Egypt?