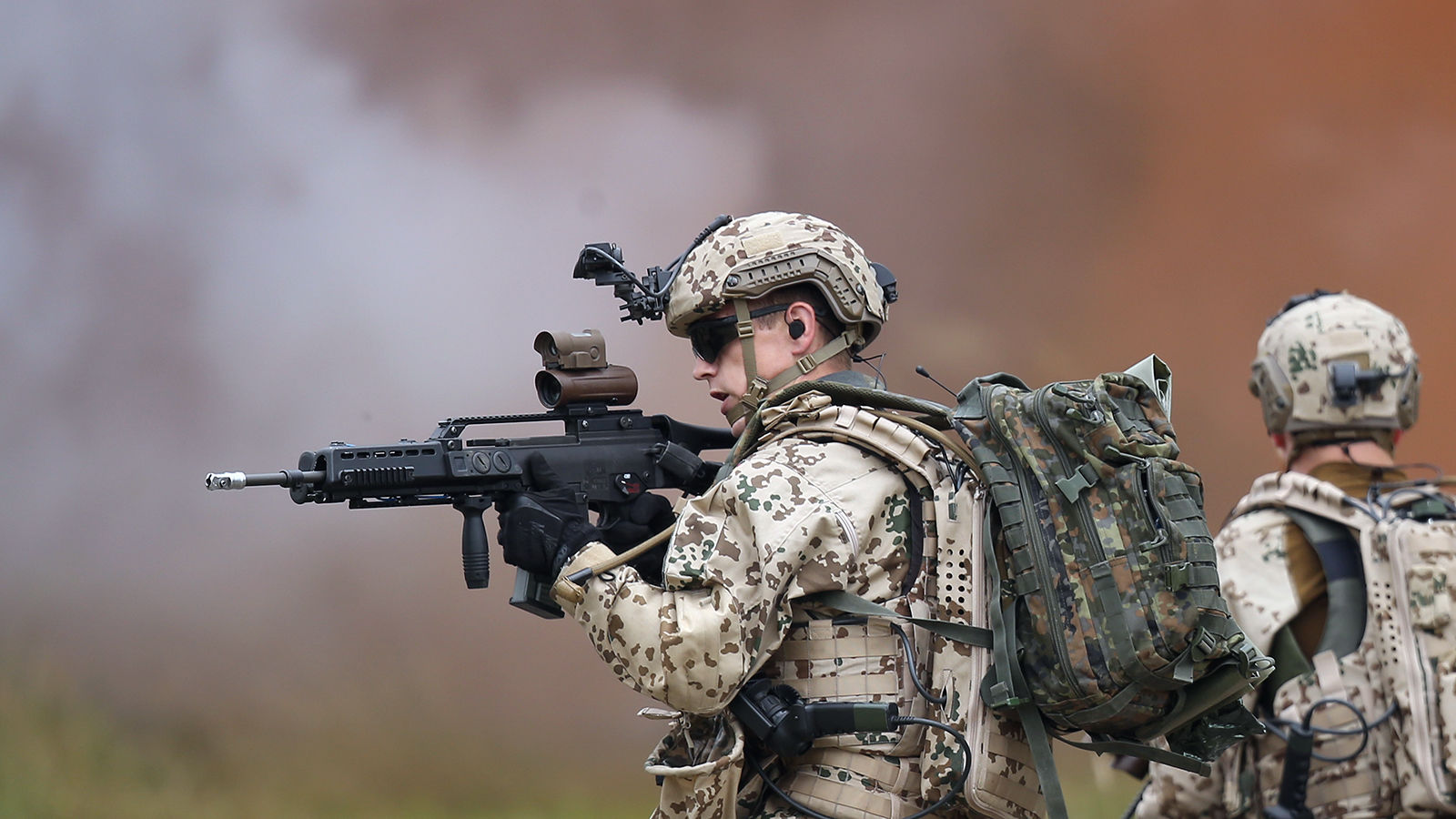 German Defense Minister Annegret Kramp-Karrenbauer called for an internationally controlled security zone in Syria. She wants German troops on the ground, alongside other European forces.

Kramp-Karrenbauer isn’t talking about some token force of a few dozen military trainers or observers. Fritz Felgentreu, defense expert in the Bundestag for the left-wing Social Democrats, said, “Such a security zone would mean the deployment of some 40,000 troops.” He wonders where Germany would find enough soldiers for the mission.

This bold move into the Middle East is a major sign of a changing Germany.

“In the face of international crisis, the German response has often been tepid,” he wrote. “Other countries would make proposals, and Germany would take note and dither.”

But now Kramp-Karrenbauer has “broken with that dithering tradition.”

Under her proposal, European troops would cooperate with Russia and Turkey to form a security zone. “This security zone would seek to resume the fight against terror and against the ‘Islamic State,’ which has currently come to a standstill,” she said. “It would also ensure that we stabilize the region so that rebuilding civilian life is once again possible, and so that those who have fled can also return voluntarily.”

She wants to work with Russia and Turkey, but not the United States. She’s not the only one thinking this way. Guy Verhofstadt, former leader of the Alliance of Liberals and Democrats for Europe group in the European Parliament, tweeted on the subject of Syria: “Since Trump became president, the U.S. is not a reliable ally anymore. High time for a European Army to take matters in our own hands.”

Kramp-Karrenbauer may not be able to make her vision reality. The German coalition government may be too weak to approve such a strong proposal. But for top German leaders to be talking about sending tens of thousands of troops to Syria marks a big shift for Germany.

This push by Germany to get more involved in Syria is critical to watch.

In September 2012, in the early days of the Syria crisis, Watch Jerusalem editor in chief Gerald Flurry wrote an article titled “How the Syrian Crisis Will End.” Under his first subhead in the article, “Keep Your Eye on Germany,” he wrote:

Germany may send forces into Syria. This may seem strange, considering that when the Libyan revolution broke out last year, Germany did not want to get involved. Why is it getting more involved now?

Germany has a global strategy, and what is occurring in Syria fits into that strategy perfectly. …

Here is the critical thing to realize: One of Germany’s primary objectives in this region is to develop an axis with Middle Eastern states that oppose Iran. Germany has been stepping up its political involvement and its financial and military investment in Saudi Arabia and other Gulf states, Turkey, Lebanon and Jordan. It has formed solid trade relationships with virtually all these countries, covering many industries from telecommunications to the military.

For Germany, Syria’s revolution isn’t about a humanitarian crisis at all. It’s about geopolitics and how Berlin can aggressively advance its strategic interests in the Middle East!

America has been too weak to tame Iran and neutralize its allies, but Germany is moving in and filling that power vacuum. The whole world ought to be watching what Germany is doing in the Middle East.

Germany did not end up getting involved in 2012. But now it is coming back to military options. As Thurau pointed out, Germany has been passive in crisis after crisis. But when it comes to Syria, it is talking about some massive interventions.

Mr. Flurry based his forecasts on Bible prophecy. And in that article, he issued a bold challenge: “Look at the changes that are coming! This is not something we can take lightly. This is world news told to you ahead of time! Just watch—keep track of this. See if these exact events don’t happen. Watch Germany, and watch the Middle East, and see if this prophecy doesn’t come to pass exactly as the Bible says it will” (emphasis added).

Perhaps Germany will not get involved in Syria until it has a strong government and a strong leader. But the Bible tells us this idea of German involvement in Syria is not going away.

Maybe you have little interest in world news. Maybe events in the Middle East seem remote, unimportant and hard to follow. But this aspect of the story gives you a very personal reason to watch this.

Mr. Flurry based his forecast of a prophecy in Psalm 83. It describes an alliance of Middle Eastern nations, led by Assyria—which, in prophetic terms, is modern Germany. Both Syria and Turkey are prophesied to align with Germany.

The Syrian crisis gives you an opportunity to watch, in real time, specific Bible prophecies for fulfillment. It is a powerful demonstration of God’s power—and proves that the Bible is a now book, full of significance to your life today. If you have not already, please read Mr. Flurry’s article “How the Syrian Crisis Will End.” Watch Germany, and watch those very specific prophecies be fulfilled. Know that the Bible is a firm foundation to base your life on—and to take action.