Baghdadi’s Death and the ‘Total Defeat’ of the Islamic State

The real threat intensifies as the United States fixates on a distraction.
By Warren Reinsch • October 29, 2019 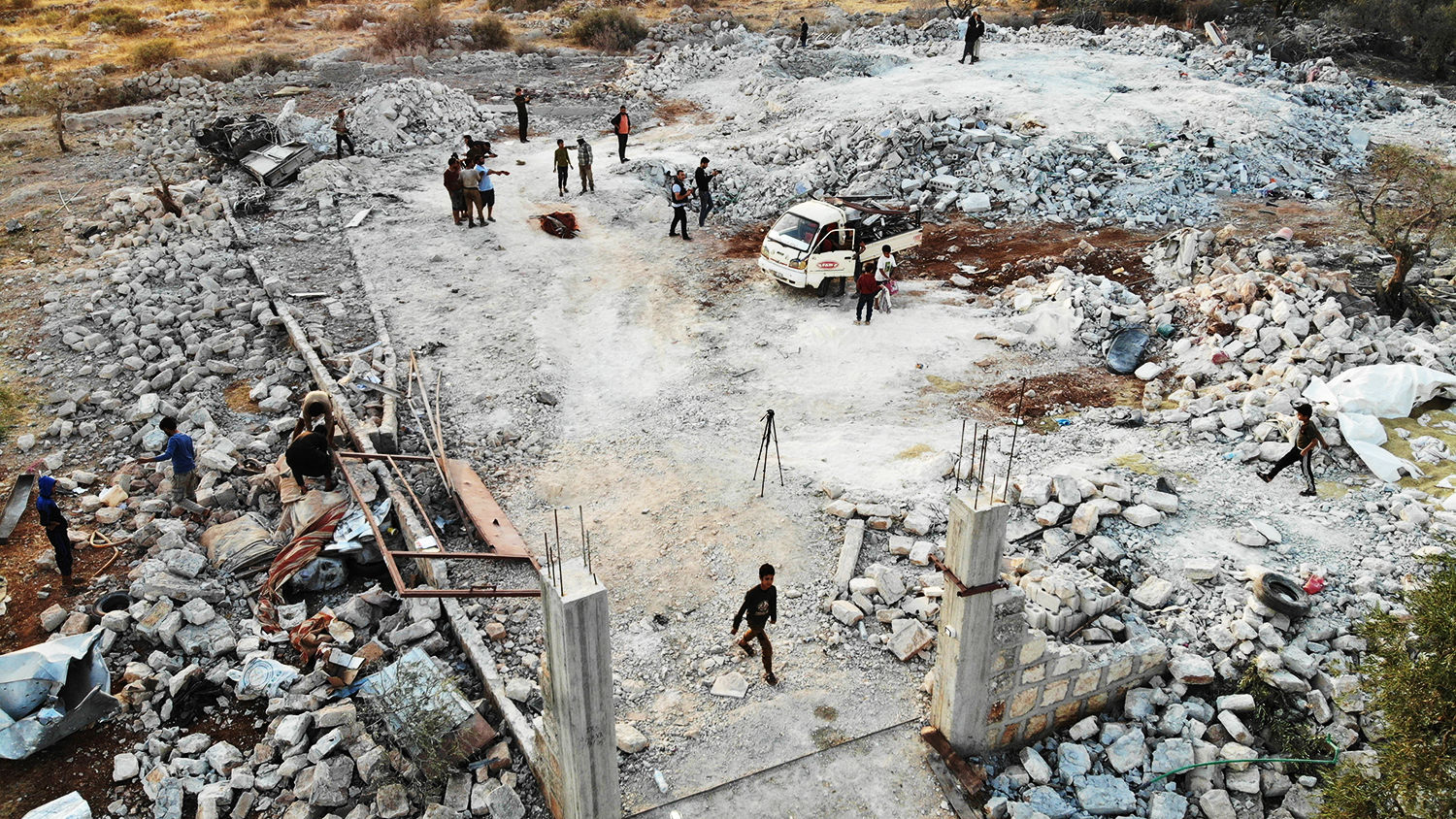 An aerial photo taken October 27 shows the site that was hit by helicopter gunfire, which reportedly killed nine people near the northwestern Syrian village of Barisha in the Idlib province along the border with Turkey.
OMAR HAJ KADOUR/AFP VIA GETTY IMAGES

The world’s most wanted terrorist is dead. United States Army Delta Force commandos with eight attack helicopters conducted a raid in the early hours on Sunday morning against an Islamic State compound.

According to the Jerusalem Post, at least nine Islamic State members were killed and the compound was bombed to rubble in the attack, which led to the death of the founder and leader of the Islamic State, Abu Bakr al-Baghdadi.

The U.S. Central Intelligence Agency was surprised to find Baghdadi hiding out in the Idlib province of northwestern Syria, an area dominated by its rival al Qaeda, hundreds of kilometers away from any Islamic State strongholds. The compound was located in the small village of Barisha, just a few kilometers from the Turkish border and about 24 kilometers north of the city of Idlib.

“America and the world are safer today with the leader of ISIS dead.” -@VP pic.twitter.com/NfuMeRMzoE

Under Baghdadi’s command, the Islamic State carved out a caliphate in the Middle East, ruling over a territory the size of Great Britain, controlling about 12 million lives with a force of more than 30,000 fighters. The Islamic State’s sudden rise to prominence in 2014 shook the world. Suddenly, the terrorist group gained control of several key cities and banks to support its estimated $1 billion budget.

The group is widely known for its videos of beheadings and other types of executions and human-rights violations.

U.S. President Donald Trump stated on Sunday, “Baghdadi’s demise demonstrates America’s relentless pursuit of terrorist leaders and our commitment to the enduring and total defeat of isis and other terrorist organizations.” This is not the first time the president has made such comments.

In a video posted on Twitter, President Trump declared on Dec. 18, 2018, that the Islamic State in Syria was “defeated.” Mr. Trump said that this was the “only reason” for being involved in Syria.

While the death of Baghdadi and the defeat of the Islamic State is a victory for both the United States and the world, the Islamic State is merely a distraction. Many thought victory in the Middle East had been achieved after the death of Osama bin Laden, an operation supported by 90 percent of polled Americans. However, Islamic terrorism continues to persist because the U.S. focuses on the distractions and fails to confront the real threat in the Middle East: Iran.

“To the president it all became about finding and killing this one individual,” director of the U.S. National Counterterrorism Center during the bin Laden raid, Michael Leiter, said on October 27. “That’s important, but it’s not how these terrorist groups are ultimately ousted.”

Daniel 11:40 prophesied of an end-time Islamic power called “the king of the south” that would dominate the Middle East. In his free booklet The King of the South, Watch Jerusalem editor in chief Gerald Flurry identifies this end-time Middle Eastern power as radical Islamic extremism, led by Iran.

“The king of the south is about state-sponsored terrorism. That is how Iran became king!” he writes. “Iran is extremely radical—the king over radical Islam.”

In 1994, then Secretary of State Warren Christopher called Iran “the world’s most significant state sponsor of terrorism.” In 2002, then President George W. Bush labeled Iran as part of the “axis of evil.” Earlier this year, President Trump had Iran’s Islamic Revolutionary Guard Corps classified as a Foreign Terrorist Organization.

The U.S. clearly sees the threat posed by Iran, but instead of going after the source, it chases the distractions—various terrorist groups within Iran’s proxy network.

“The only way to win such a war is to deal with the main source of the terrorism, or cut off the head of the terrorist snake,” writes Mr. Flurry in The King of the South. Although Baghdadi’s death is a win for the U.S., “we can’t win this war unless we also remove Iran’s leadership.”

Leviticus 26:19-20 refer to the end-time nations of ancient Israel, the United States and Britain primarily, and warn that God has broken the “pride of thy power” and that its “strength shall be spent in vain.” America knows Iran is dangerous, but it does not have the will to put an end to Iran’s radical Islamic extremism. The U.S. had a chance to topple the terrorist-supporting government during the 2009 Green Revolution when millions of Iranians protested the tyrannical regime; instead, we decided to try to befriend the radicals.

America lacks the will to sustain its war on terrorism, and as a result, its long-term objective is a withdrawal from the Middle East.