More evidence for the biblical account of Israel’s first center of worship
By Christopher Eames • November 4, 2019 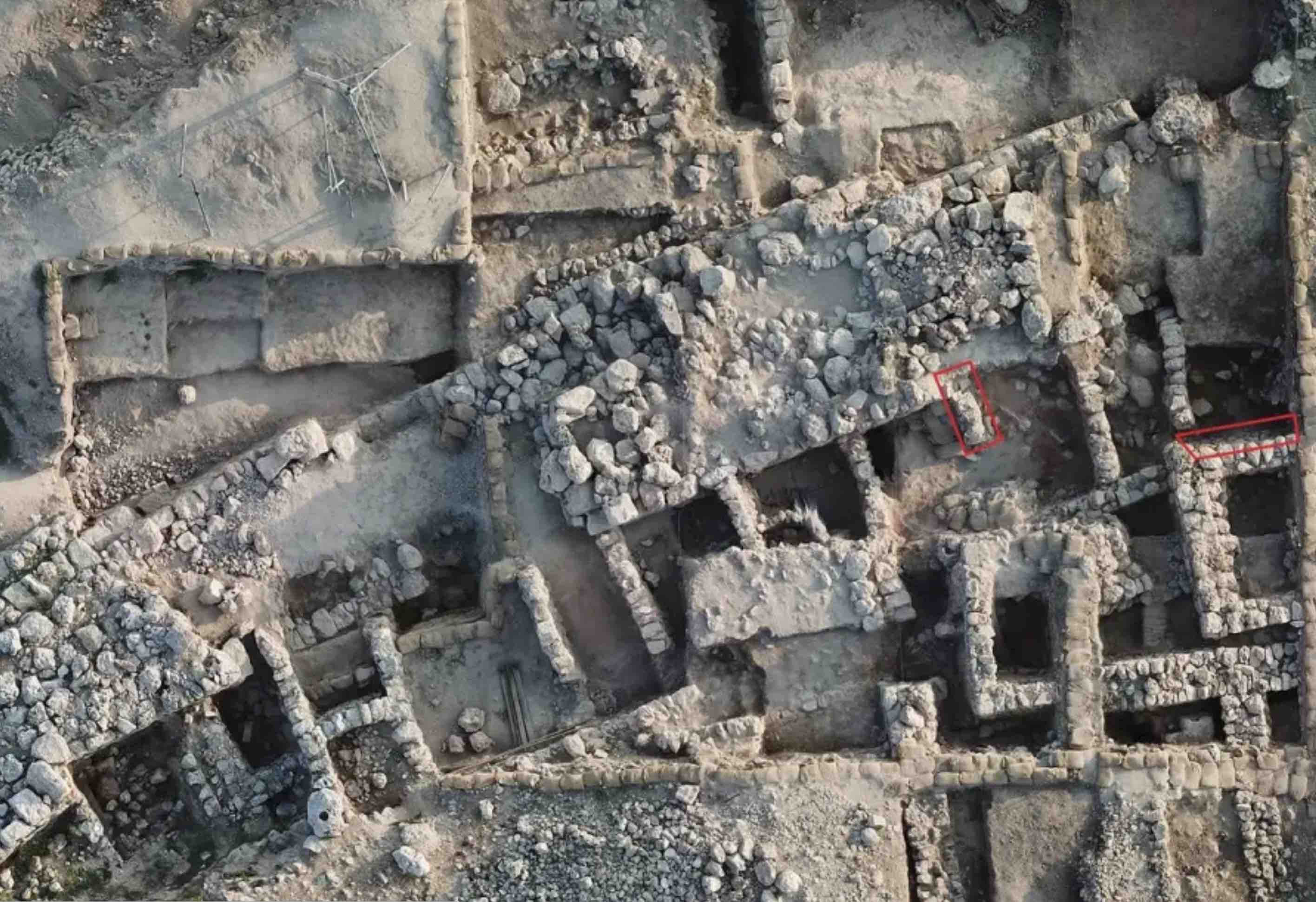 Aerial view of the excavations at Shiloh.
COURTESY ASSOCIATES FOR BIBLICAL RESEARCH

Three altar horns were discovered at Tel Shiloh this past summer, during excavations carried out by the Associates for Biblical Research (abr) team led by Dr. Scott Stripling. These stone blocks, each with a projecting “horn,” would have originally been placed at the corners of an altar.

Four-horned altars are known as characteristically Israelite: Verses throughout the Bible describe the requirement for altars to be created with horns on each corner. “And thou shalt make the horns of it upon the four corners thereof …” (Exodus 27:2).

During sacrifices, blood would be placed on each of the horns of the altar (e.g. Exodus 29:12). Also, intriguingly, the altar horns were regarded as a “place of safety.” Both the traitors Adonijah and Joab, who attempted to usurp King Solomon, fled to the tabernacle altar, clinging to the horns for dear life. “[F]or, lo, he hath caught hold on the horns of the altar, saying, Let king Solomon swear unto me today that he will not slay his servant with the sword” (1 Kings 1:51). Adonijah was spared—however, as per Exodus 21:14, even the altar could not be a place of safety for the murderous Joab.

Shiloh, the site of the tabernacle, was the center of religious worship in Israel for over 300 years. The site was destroyed sometime at the end of its use as a tabernacle site (Jeremiah 7:12). The stone altar horns were all discovered outside of their original context—either in later, secondary use construction or among destruction remains. Still, as stated in abr’s release, all three were in the same “general area of a monumental Iron Age building (1177–980 b.c.e.) which orients east-west. The same area yielded a ceramic pomegranate and a Thutmose iii scarab in 2018.” This indicates that the altar horns date to Iron i, the period in which the tabernacle operated. Further, the east-west orientation of the associated Iron Age building is significant, as it parallels the biblical description of the orientation of religious structures.

The most famous four-horned altar is that discovered at Tel Beersheva. This was the first such altar discovered; however, it is evident that this was a pagan altar (perhaps the result of King Jeroboam’s 10th-century b.c.e. religious break from Jerusalem). This altar was also found in secondary use, as part of a wall—probably having been dismantled during King Hezekiah’s purges of idolatry (2 Kings 18:4).

Summer excavations led by abr have taken place at Tel Shiloh since 2017, and are planned for the foreseeable future. Numerous special finds have been made over the past three seasons already, including of the above-mentioned ceramic pomegranate. This is a well-known Israelite religious motif that featured in tabernacle and temple worship. Other finds include a ritual chalice and piles of Iron i sacrificial waste, made up of ash and the bones of kosher animals.

Furthermore, the larger proportion of these remains came from the right side of these animals. This fits nicely with the biblical account, which states that a right-hand part of the animal was for the priests (e.g. Leviticus 7:32-34). Other finds at Shiloh include large storage vessels, believed to have contained grains and fruits that constituted the “firstfruit” tithes of the Israelites, dedicated to the Levites and priests. These finds all help to prove the biblical account of Shiloh as the center of worship for ancient Israel during the time of the judges.

Congratulations to the team at Tel Shiloh for another successful season! We look forward to what the 2020 season brings. Volunteers can sign up here to participate in the coming excavations.