Laughing the West to scorn, Tehran moves closer to the bomb.
By Daniel Di Santo • November 5, 2019 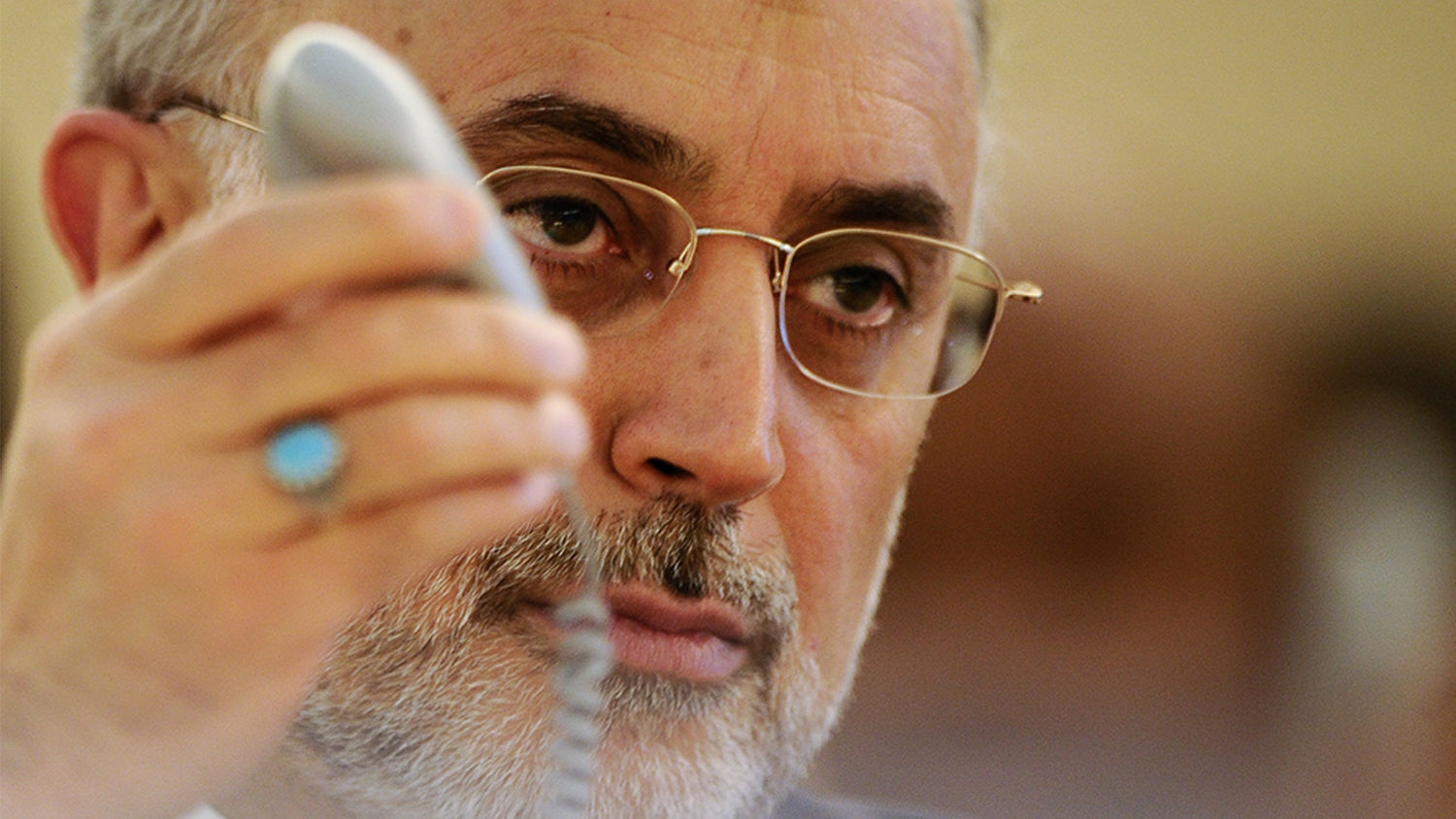 Iran achieved a tenfold increase in uranium enrichment over the past two months, announced Ali Akbar Salehi, the head of the Atomic Energy Organization of Iran, on November 4. Iran continues enrichment of this deadly substance after publicly flouting the Joint Comprehensive Plan of Action in May.

According to Arab news website Al-Monitor, Salehi laughed as he ridiculed the prevalent Western belief that Iran’s nuclear industry had ceased to be a threat. “This is while some say (Iran’s) nuclear industry was destroyed!” he said, referring to the increase in uranium production.

Speaking at the Natanz nuclear enrichment facility, Salehi’s praise for the Iranian nuclear program was broadcast on state television. “We must thank the enemy for bringing about this opportunity to show the might of the Islamic Republic of Iran, especially in the nuclear industry,” he said.

#Iran has installed 15 types of advanced centrifuges to enrich uranium at its Natanz Enrichment Facilities. pic.twitter.com/YWAOrMj7PU

Iran’s nuclear program has made major gains in the past two months.

Two months ago, Iran was producing one pound of uranium daily. Today, he stated, it makes 11 pounds of refined uranium each day. This is possible thanks to the use of advanced centrifuges. Iran has completely stopped using the older centrifuges approved under the nuclear deal. It now uses only advanced models. Two more advanced prototypes are currently being tested.

Iranian engineers “have successfully built a prototype of IR-9, which is our newest machine, and also a model of a new machine called IR-S … all these in two months,” Al-Monitor quoted Salehi as saying.

This is enough to power nuclear reactors, which is Iran’s stated goal. It may seem far away from the 90 percent purity level needed to make a bomb.

The hardest part of the enrichment process is getting the uranium from its natural state of 0.7 percent enrichment to 4 percent, which is what Iran has already accomplished. This takes 83 percent of the total effort that goes into making weapons-grade uranium. Once this has been achieved, only small to moderate amounts of work are required to reach the lethal 90 percent mark.

Before the nuclear deal, Iran had a breakout time of two or three months. This is the time it would take for Iran to produce enough enriched uranium for a bomb. As Iran edges closer to 20 percent enrichment, the world faces the prospect of a nuclear breakout in this span of time or less.

This has serious consequences for the Middle East—and the world.

Iran’s aggressively expanding nuclear program is pushing the world closer to nuclear war. In “America’s Deadly Nuclear Deal With Iran,” Watch Jerusalem editor in chief Gerald Flurry explained that the nuclear deal would fail to curb Iranian aggression but would, instead, embolden Iran to keep pushing toward the bomb, eventually sparking deadly conflict.

How could he foresee that this grand deal, which so many in the West put faith in, would fail? “The Bible specifically prophesied Iran’s aggressive, terrorism-empowered foreign policy,” wrote Mr. Flurry. He further explained:

The Bible specifically predicted today’s Iranian conundrum. Iran is a country with a pushy foreign policy. Daniel 11:40 states, “And at the time of the end shall the king of the south push at him: and the king of the north shall come against him like a whirlwind, with chariots, and with horsemen, and with many ships; and he shall enter into the countries, and shall overflow and pass over.”

The deal is failing, and Iran will ultimately ignite war. Regarding Daniel 11:40, Mr. Flurry writes in his free booklet The King of the South:

Who is this new superpower? A German-led Europe. It will clash with Iran in the most fearsome war this world has ever seen. As Mr. Flurry wrote, “Iran is extremely radical—the king over radical Islam. Where is this nation’s pushiness leading? To war! Just as it has in the past. It’s leading to terrifying war with weapons of mass destruction. It can lead no place else.”

These prophesied events will soon be harsh reality. But you can be spared from the suffering. To learn why the nuclear deal was actually a deadly deception, and how you can avoid being swept up in the worldwide conflict, request your free copy of The King of the South, by Gerald Flurry.

Get Our Magazine Request your free subscription
to Watch Jerusalem magazine
Subscribe
Related
Offers
Jerusalem in Prophecy
Jerusalem means “city of peace,” and yet this city’s history has been filled with rivers of blood! No city has suffered like Jerusalem. It has known almost no peace. But there is very good news. God established Jerusalem to be a city of peace—and will one day make sure that it becomes so! It is actually the city from which God will rule the entire universe!
Request Now