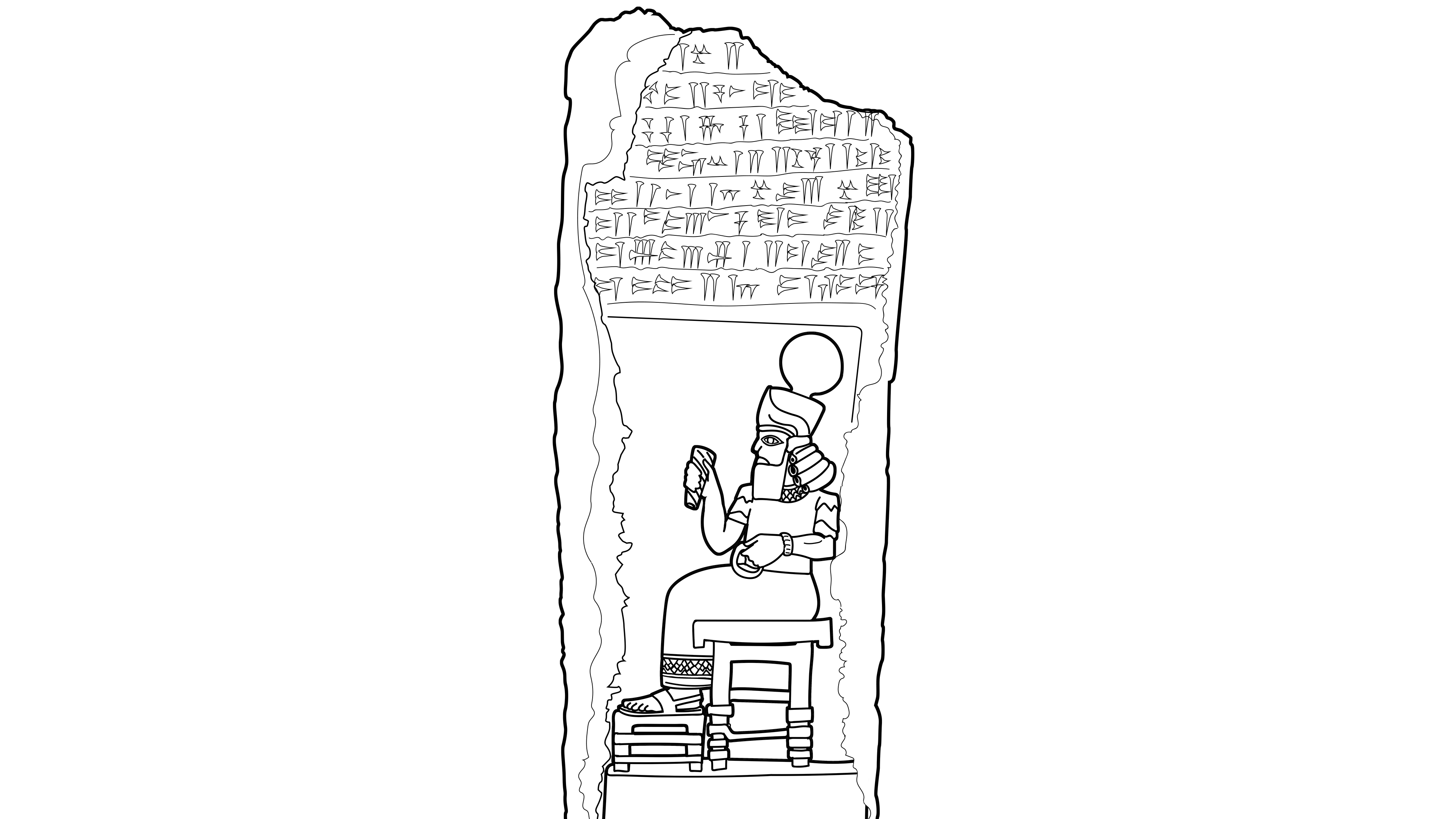 He’s known in 2 Kings 18 as Sennacherib’s right-hand man—the evil opponent of King Hezekiah, taunting the walled-up Jews with blasphemy and obscenity. But contrary to common belief, Rabshakeh was not his name. The “rabshakeh” was actually one of the highest positions in the Assyrian and Babylonian royal courts, perhaps most known from this biblical account of the Assyrian invasion of Judah. Archaeology has confirmed the use of this royal title—albeit, belonging to another man.

The Rabshakeh Stela, on display at the Biblical Lands Museum in Jerusalem, chronicles another Assyrian official with this title who lived about a century and a half before the Bible’s Rabshakeh.

Dating to approximately 859–825 b.c.e., the rectangular stela has two parts: an inscription on the top half and an image on the bottom half. The inscription commemorates the rabshakeh’s activities and exploits within the city and province bearing his name, and the image depicts a seated Assyrian god wearing a horned helmet with a sun disk above his head (probably either the god Adad or Ninurta).

According to the Eponym List (a year-by-year Assyrian chronicle), Assur-buna’i-usur was first listed as the rabshakeh in 855 b.c.e., and again in 825 and 816—overlapping the approximate dating of the stela.

In a 1998 paper, Elnathan Weissert concluded that Assur-buna’i-usur may have assumed his office during the reign of Assurnasirpal ii and continued serving as rabshakeh under Shalmaneser iii and Samsi-Adad v.

Assur-buna’i-usur served the majority of his 39 years as rabshakeh during the reign of Shalmaneser iii. This Assyrian king is most known for his rapid military expansion into North Syria, the conquest of Damascus, and commissioning the notorious Black Obelisk to record his military victories. As such, he would have seen the subservience of the northern kingdom of Israel to Assyria’s rule—as is depicted on the obelisk, displaying King Jehu offering tribute to King Shalmaneser. And since Shalmaneser is depicted on the obelisk, it would not be surprising if his right-hand rabshekah was as well—our Assur-buna’i-usur (perhaps one of the men to his left).

In 2 Kings 18, a later rabshakeh was sent by Assyrian King Sennacherib from Lachish with a contingent of soldiers to deliver a warning message to the Jewish officials in Jerusalem and to set up camp outside the city. (For more information, visit our online exhibit “Seals of Isaiah and King Hezekiah Discovered.”)

In the Persian Empire, Nehemiah was known as the “king’s cupbearer”—a “rabshakeh,” of sorts. He served under King Artaxerxes, son of King Xerxes and possibly Queen Esther. As the king’s cupbearer, Nehemiah was expected to “taste test” the king’s food and drink to insure an attempt was not made on his life. This was a man in whom the king placed complete trust. (For more information, please read “Nehemiah: A Man and a Momentous Wall.”) Evidently, this Persian position wasn’t nearly on the same level as the Assyrian rabshakeh, but it does highlight the high degree of trust held in the individual at the king’s side—in this case, an Israelite. (There has been some speculation, and even a Talmudic tradition, that Sennacherib’s rabshakeh was a renegade Israelite. This is partly due to his knowledge of Hebrew and of Hezekiah’s reforms—2 Kings 18:26, 22.)

The Rabshakeh Stela proves the existence of this exalted position, and provides archaeological evidence of the Bible’s accuracy in describing even the bureaucracy of foreign nations.