‘On Thy Belly Shalt Thou Go …’

Remarkable biological evidence for the Genesis account of the serpent
By Christopher Eames • December 18, 2019 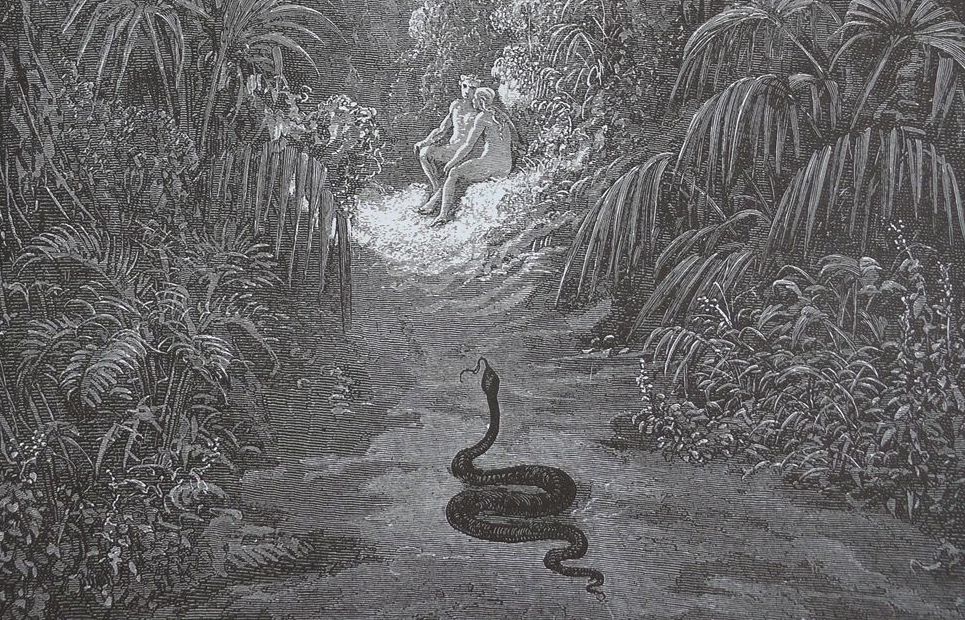 Just about everybody knows the story of the serpent in the Garden of Eden, who deceived Eve into eating of the “forbidden fruit.” It’s commonly dismissed as a myth. What many don’t realize, though, is just how much science has to say about the Genesis account of the serpent—specifically, regarding a very peculiar detail.

As told in Genesis 3 and other scriptures, Satan took on the form of a “serpent” in order to get close to Eve and persuade her to choose to eat the fruit of the tree of the knowledge of good and evil. His ruse was successful—both Adam and Eve ate of the fruit. Later, when God approached Adam and asked what he had done, he proceeded to blame his wife, and Eve proceeded to blame the serpent. God cursed all three.

And the Lord God said unto the serpent, Because thou hast done this, thou art cursed above all cattle, and above every beast of the field; upon thy belly shalt thou go, and dust shalt thou eat all the days of thy life … (Genesis 3:14)

This verse shows that—despite the widespread classic artistic depictions of the account—early snakes had legs, but would now be condemned to snake around on their bellies.

Sounds strange? Scientists have discovered that snakes did actually once have legs. Ancient fossil remains show that this was the case—and not only for terrestrial snakes, but also for marine snakes. (And at the time of this writing, new headlines have been coming out about further discoveries of “legged” snakes in Patagonia, Argentina. This particular species is called Najash, after the biblical Hebrew word for the serpent, Nachash.)

And the discoveries go beyond snakes simply once “having legs” and now “not having legs.”

Because even today, boas and pythons exhibit vestigial “leg spurs” and still have the embedded gene for regrowing the limbs. A mutation in the “enhancer,” which activates the gene, prevents it from being in the “on” position (it actually flickers on and off, at least in the case of pythons). Python embryos, for example, are known to begin developing leg bones (including a tibia, fibia and femur), but these structures degenerate before birth. The “transcription” for such continued development switches off within a day of the eggs being laid.

This, of course, is taken as evolutionary development. But it just so happens to be specifically described in the Bible.

And the above-mentioned, recent discovery of a trove of Najash specimens has served to disprove one of the primary theories about snake evolution. This theory held that snakes evolved from small-mouthed, blind, worm-like ancestors. The theory wasn’t able to be tested, however, due to the scarcity of preserved skulls. Snake heads are quite definitive, but are often crushed under conditions of fossilization. These Najash skeletons unearthed in Argentina did include beautifully preserved skulls. Put simply, the skulls from this species of two-legged snake were clear, fully-developed snake skulls, and nothing close to the form of their supposed worm-like “ancestors.”

Was it just lucky chance, then, that the ancient biblical writer described the serpent as starting out with legs, before being condemned, “broken,” to just slither along the ground? How were they to know, 3,500 years ago? Were they part-time embryologists, able to examine early prenatal bone development? Osteologists, examining existing minuscule “vestigial” appendages left in certain species? Paleontologists, unearthing prehistoric fossilized remains? (Of which we have only one known, good preserved example of a four-legged serpent, and a limited spread of two-legged species.)

There’s actually a lot more physically inexplicable advancement to the Scriptures than most people realize—even in the very earliest chapters of Genesis. Such as the scientific reason that the rib would be the one perfect bone to choose, to create Eve out of. Such as the now-proven fact that every element in man is also found in the soil—corroborating the statement that God made man “of the dust of the ground” (Genesis 2:7). The Bible contains numerous complex scientific details about the world and even the universe, that scientists have only recently “discovered” millennia later. You can read more about them in our article “The Bible Scoops the Scientists.”

Further, despite common academic—and religious—misinterpretation, Genesis actually fits beautifully with the scientific timeline of prehistory, both describing the Age of Reptiles and extinction of the dinosaurs, as well as the Age of Mammals and extinction of “Ice Age” creatures. You can read more about that in our article “The Prehistoric World Vs. Genesis.”

Genesis, then, is no simple, imaginary “legend.” If such an ancient text fits so well with such specific scientific data, who, then, was the genius who wrote it? Or, who inspired it?